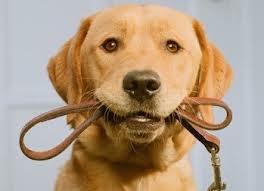 The dog’s routine: how to better organize the day

We humans leave the house early in the morning and dive every day into a new day and in certain places we meet colleagues, friends and strangers.

Here are some tips on how to spend an ideal day tailored for Fido.

The first consideration that each of us should make before adopting a dog is not if we have the right space to keep it but rather if we have time to dedicate to it.

The domestic dog rather than a house with a garden, where he generally lives in solitude, aspires to spend a day in contact with his family, alternating moments of rest with others for going out. Timetables and how they affect your dog’s well-being In an attempt to imagine an ideal routine for our dog, here is a suggestion that I am convinced will make us start on the right foot.

We humans leave the house early in the morning and dive every day into a new day and in certain places we meet colleagues, friends and strangers. The dog, in the same way, loves to face the external environment early, frequenting the same places where it can meet its peers and build its habits day after day in which to feel safe.

From a cognitive point of view, it is very important that the dog can get a clear mental representation of the space he travels during the daily walk, which extends from his home (territory) to the farthest point (home range).

To facilitate this mapping process, it is strongly recommended not to take the car with which we will risk catapulting the dog into a place that, although pleasant, is perceived as incomprehensibly separated from its territory.

The first walk in the morning

The first walk in the morning and the initial sprint In an attempt to imagine a day totally available to our dog, on which to structure an ideal routine, we should be able to start the morning with a long walk of a couple of hours, in the time slot that goes from 8:30 to 11:00.

The choice of this time is based on the scientific knowledge, which we have today, of the physiology of the dog which, not unlike that of humans, is marked by the variation in hormone levels, starting with cortisol.

For many, cortisol is simply the stress hormone but in reality this product of the endocrine (hormonal) system is what wakes us up and allows us to respond adequately to the physical and mental performance that we are called to face every day. It is a hormone that is activated with sunlight and reaches its maximum in the early hours of the morning and then gradually descends until sunset and then begins a slow ascent until dawn the next day.

Around 11: 30/12: 00, therefore, the hormonal peak of cortisol that offers us the initial “sprint”, runs out of charge and begins the descent parable. For this reason it is advisable to let the dog rest from late morning until early afternoon.

In this period of time it is possible that our dog chooses to relax in places of the house other than those of the night so according to this we can provide him with more kennels scattered around the house in the points that he will show us his preference.

If during the night the dog sleeps in the room with us, it is possible that in the central hours of the day he may have more pleasure in resting in the living area of ​​the house.

In this time slot we can also afford a trip by car that we know is responsible, while waiting to arrive at the destination, for a surge in the level of emotional activation (arousal) for this reason the goal to be reached by car should be characterized by presence of a few dogs and a tranquility of the environmental setting.

We could think of a large, not very busy city park, on the bank of a river and perhaps, if the context allows it, or a walk in the countryside, mountains or lake.

So if the second outing lasts until late afternoon, it doesn’t matter to do it even before dinner, otherwise we could opt for an exploratory tour of the block to stretch both of us a little. Many dogs like to go out before dinner also by virtue of the enthusiasm felt in returning home where the food awaits them.

The evening meal for the dog has a fundamental value especially in relation to the social cohesion of the group.

We never forget that for the house dog we are his pack. Let’s also dispel the myth of the dog that must eat after us, in fact I would say that the reverse choice is definitely worth it.

We give the dog the meal before we sit at the table for dinner with the hope that having already eaten it buzzes around us less insistently.

The last walk: end the day in style

The day at this point is about to come to an end, we are all very tired. The dog, full and in the digestive phase, especially if an adult, is generally unwilling to go out, however each of us has his habits and if we are people who go to sleep late it is likely that we should make another exit, maybe pausing for a few minutes in the garden below the house in order to allow the dog to end the day with a flourish by smelling the smells of other dogs, the garbage cans, the areas around the benches etc.

If Fido in the morning dwells on the smells browse the pages of the newspaper, we can say that in the evening after dinner he reads the pages of a good book that relax him and lead him towards the arms of Morpheus. I greet you in this way, wishing you, humans and dogs alike, a very pleasant day or a good night.

This will depend on the time of day in which you have been good enough to get to read the article to the end. Breeds cards on Kodami to learn how to spend an ideal day with your dog, also following his motivations. Always remembering that every dog ​​has the personality of him and is an individual in himself with his needs and desires of him.