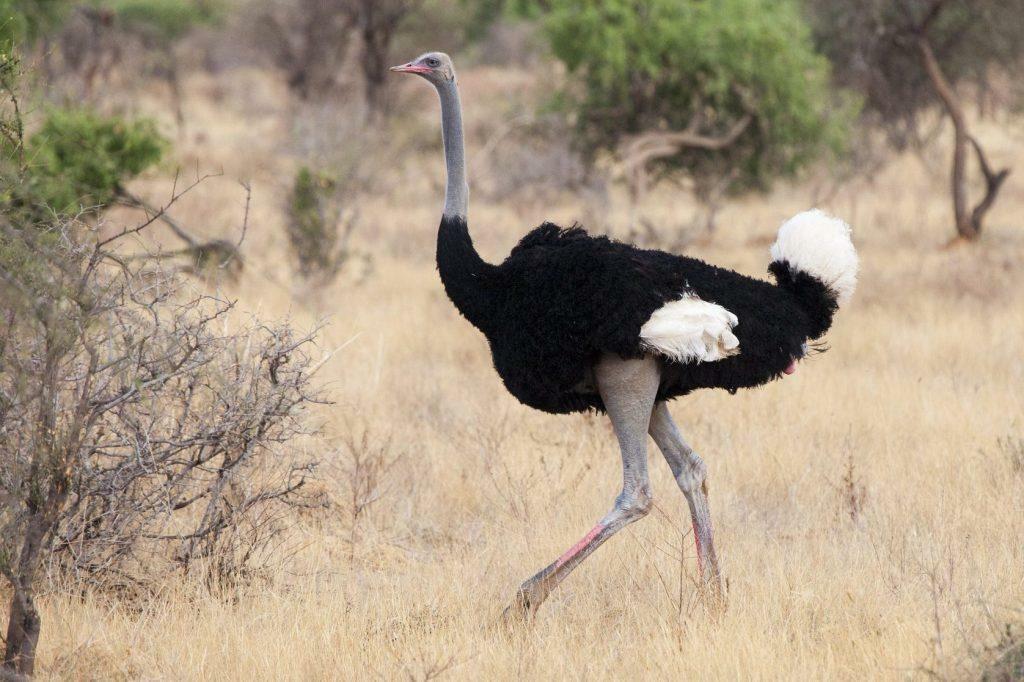 When size matters, the largest animals in the world

The largest animals in the world live in the sea and are cetaceans. However, there are a great variety of record giants also on land and in other animal groups. From the blue whale to the Chinese giant salamander, from the whale shark to the goliath beetle, let’s find out which are the biggest animals on the planet.

In nature, size can matter and how. The largest animals in the world may have numerous advantages over their smaller cousins, both in terms of reproductive success and survival from attack by predators. Being huge often means not having to fear enemies (apart from man), it can help you resist lean periods more easily and could help you develop more cognitive skills, just think of the animals considered among the most intelligent such as elephants, killer whales and whales. During the long evolutionary history of life on Earth there seems to be a certain tendency to develop more than sizeable dimensions in different animal groups. The thought inevitably goes to the gigantic dinosaurs that have dominated the planet for millions of years or to the legendary megafauna of the Pleistocene, which has seen mammoths, sloths, rhinos and many other mammals reach literally mammoth size. Today there are very few representatives of that colossal and lost fauna, also due to man, who with his voracity and desire for conquest has contributed decisively to the extinction of many of those fantastic species. Today, however, there are still giants who struggle to resist and who continue to dominate the heavyweight category. Let’s find out what are the largest animals in the world today.

The absolute primacy among the largest animals on Earth obviously belongs to a cetacean, more precisely to the blue whale (Balaenoptera musculus). With its 29.9 meters of maximum length ever recorded, it could be the largest animal ever to exist on our planet. This majestic and gigantic cetacean was once abundant in almost all oceans but was hunted to near extinction in the last century and is today still considered Endangered by the IUCN. Fortunately, the population is now slowly growing and it is estimated that between 5,000 and 15,000 fin whales swim in oceans around the world.

lso in the sea lives another good record giant, the whale shark (Rhincodon typus). Placid and sly, he is completely harmless and spends most of his time slowly swimming in tropical oceans filtering the water in search of krill, tiny shrimp-like crustaceans that make up the so-called zooplankton. The whale shark holds several records: not only is it the largest fish of all but it is also the largest vertebrate if cetaceans are excluded. Like many marine animals, the whale shark, unfortunately, is considered in serious danger of extinction, mainly due to accidental catches in fishing nets and the impact with ships.

As for dimensions on the mainland, elephants are the masters. The three species known today are the largest land animals ever. In particular, the African savannah elephant (Loxodonta africana). This huge pachyderm can exceed 10 tons in weight and reach a shoulder height of about 4 meters in males, while females are smaller. Elephants are social herbivores living in very complex matriarchal societies led by older females, they are incredibly intelligent animals unfortunately still victims of poaching linked to ivory.

Maximum height at the shoulder: 4 meters

The largest of all carnivores is the mighty southern elephant seal (Mirounga leonina). This marine mammal can weigh up to 6-7 times more than a polar bear (Ursus maritimus), the largest carnivorous mammal out of the water. In this species the sexual dimorphism is incredibly pronounced and the males are usually five or six times larger than the females. Males use their enormous bulk to fight hard with each other and gain control over the female harem. They live in the cold waters surrounding Antarctica, but the largest population, with over 400,000 specimens, is found in the South Atlantic.

Giraffes (Giraffa camelopardalis) on the other hand hold the record for the highest land animal ever. Males, larger than females, can reach a maximum of almost 6 meters in height. Traditionally only one species of this very tall ruminant is recognized but according to genetic analyzes some of the 9 regional subspecies could be considered as real separate species. The very long neck of the giraffes not only serves to reach the highest branches of the trees of the savannah but is also used by the males to fight and gain access to the females. This curious neck-fighting technique is called necking.

The undisputed heavyweight champion among all reptiles is the giant sea crocodile (Crocodylus porosus). It is widespread along the coasts and between the brackish marshes of India, Southeast Asia and northern Australia, and males are on average 4.3 to 4.9 meters long. But among the villages of Southeast Asia there are rumors of monstrous specimens that even exceed 7 meters in length. They are exceptional predators and can often pose a danger to the people who live in close contact with them, and there are dozens of fatal accidents every year. In 2018, an angry mob of around 600 in New Guinea slaughtered nearly 300 crocodiles after a villager was killed.

The real terror of all self-respecting seafaring adventures, however, remain the giant squid. The legendary kraken protagonist of a thousand stories really exists and is called colossal squid (Mesonychoteuthis hamiltoni). Very little is known about this gigantic and mysterious cephalopod and only very few specimens or remains of them have been observed. It lives in the freezing and deep waters of Antarctica and is the largest invertebrate of all. It is estimated that it can exceed 12 meters in length and weigh up to 600-700 kilograms. The only largest specimen ever observed was a female found nearly dead in 2007. She was about 10 meters long and weighed 495 kilos.

The largest bird in the world is, as expected, the ostrich (Struthio camelus). These funny and funny runners of the vast African plains are unable to fly (and they don’t even put their heads in the sand) but they can reach truly remarkable speeds in running, over 90 kilometers per hour. They are also the living species that lays the largest egg of all: on average an ostrich egg is 15 cm long and 13 cm wide, and weighs about 1.4 kilograms. As for the size, on average the males are about 2.5 meters tall and weigh more than 100 kilos.

Did you know that there are salamanders as big as a grown man? These amphibians can measure up to 1.8 meters in length and weigh over 60 kilograms. The largest of all are the Chinese giant salamanders, traditionally considered a single species (Andrias davidianus) but which according to recent molecular studies could be a complex of at least 5 different species. The largest of all could be the southern one, Andrias sligoi, unfortunately considered Critically Endangered by the IUCN and probably extinct in the wild. All giant salamanders are in fact seriously threatened due to illegal capture for food and use in traditional Chinese medicine.

Even among invertebrates we can find animals that are decidedly out of tonnage compared to the average. The largest of all crustaceans and the largest arthropod in the world is the Japanese giant crab (Macrocheira kaempferi). The largest specimen ever measured, caught in 1921, had a leg-to-leg width of 3.8 meters and weighed nearly 20 kilograms. The body, on the other hand, can grow to a width of about 40 centimeters. The heaviest of the crustaceans, however, is another species: the American lobster (Homarus americanus), which can even exceed 20 kilos in weight.

Given the great variety of species and forms, among insects it is difficult to decide who to attribute the primacy for the largest species. Many stick insects excel in length, while some moths hold the record for wingspan, but as far as weight is concerned, the absolute winner must undoubtedly be sought among the beetles, the species-richest order of insects. In particular, the goliath beetles (Goliathus sp.) Are probably the heaviest insects of all. The largest specimens can reach over 11 centimeters in length for a weight that is around 100 grams for males, much larger than females. They are practically as big as the palm of a hand!