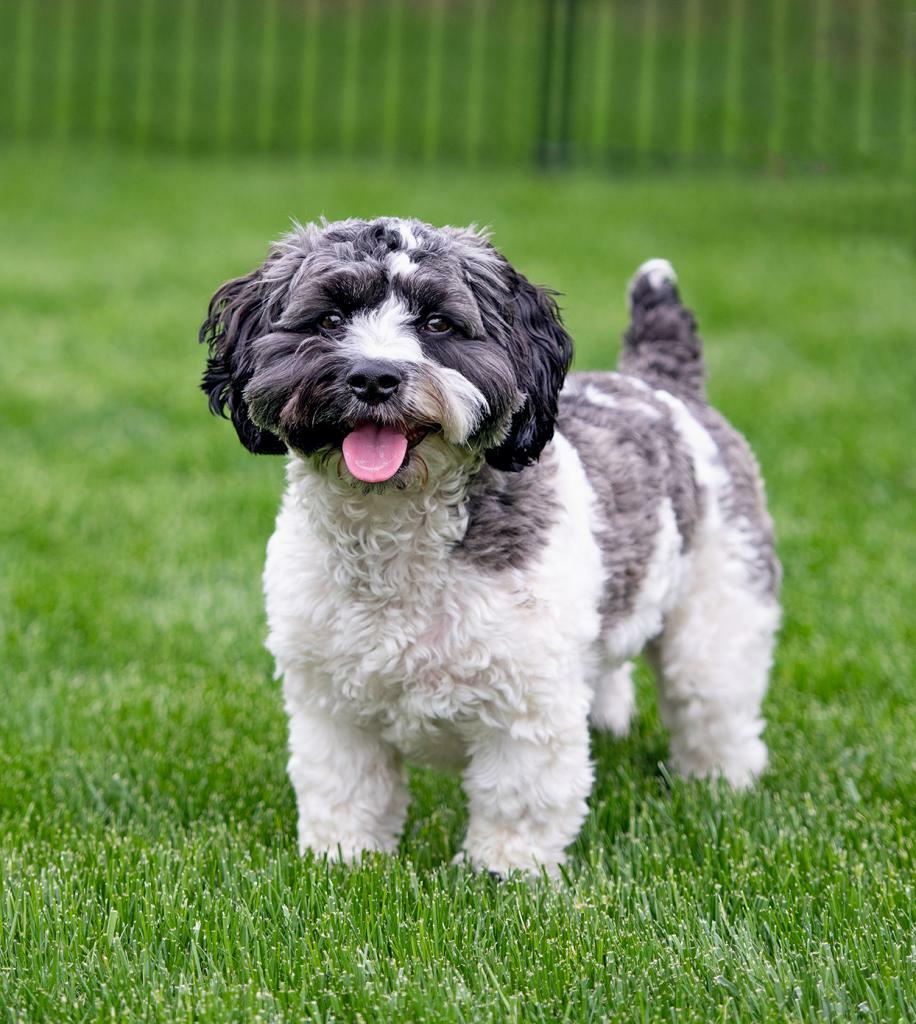 The Havapoo is a hybrid dog breed, a cross between the Havanese and the Poodle (usually a Miniature or Toy Poodle). Affectionate, intelligent and gentle, these small dogs are versatile for many types of families.Havapoos are also known as Poovanese, Havadoodles and Havanoodles. They are considered “designer dogs”, purposefully bred to emphasise the desirable characteristics of each breed.As always, please adopt whenever possible if you are looking to add a Havapoo to your life. In addition to shelters, you can find these dogs at Havanese and Poodle breed specific shelters. Remember that when you adopt, you save two lives: the one you bring home and the one you make room for at the rescue.Havapoos are lovers, not fighters, so they are much more likely to want to cuddle than to be guard dogs. Although they may bark an alert, they are generally very affectionate with everyone. Although Havapoos generally get along very well with other animals and small children, it is best to supervise interactions, as these dogs are small and could easily be injured by a child playing too roughly.These puppies are a great choice for flat dwellers, as their small size makes them adapt well, and their moderate exercise needs are easily met.

Havapoos come in many different colours and combinations and can be solid, two-coloured or three-coloured. These colours include black, white, brown, tan, tan, grey, silver, apricot and “blue” (dark on the hair shaft, like black or brown, but with a mixture of colours at the root). This hybrid is considered “hypoallergenic” and may be a good choice for allergy sufferers; however, no dog is completely allergen-free. Havapoos have medium energy, and because of their small size, it is fairly easy to manage their exercise needs.Havapoos are intelligent, but their intelligence can also be used for mischievous purposes if your dog is feeling bored or neglected. Havapoos are not “barkers” per se, but often bark to alert you to the presence of strangers or to make exclamations while playing with you. However, the Havapoo’s naturally playful nature makes it a great playmate in childhood or as an adult companion. Havapoos also tend to get along well with other animals. However, they are small and docile. Some more aggressive or unruly animals in the household may not treat Havapoos gently enough.

The exact history of the Havapoo is a bit of a mystery, but it is clear that it was part of the globally popular 1980s trend of creating Poodle mixes, an effort to emphasise the Poodle’s intelligent and affectionate traits, as well as its hypoallergenic curly coat. As for the Havapoo’s parent breeds, the Poodle is one of the oldest breeds in the world, originating in Germany, but which evolved into the Poodle breed we know and love now in France. The miniature and toy sizes, however, did not emerge until the 19th and 20th century, respectively. The Havanese has been around for over 300 years and comes, as its name suggests, from Havana, Cuba. According to the American Kennel Club, it is the only dog breed originating in Cuba. They were originally bred as lap dogs for the nobility. The Havanese is a member of the bichon family (along with the bichon frise and the Maltese). They are direct descendants of the now extinct Blanquito de la Habana, which was a descendant of the now extinct Bichon Ternerife. It is believed that the Blanquito was crossed with the Poodle, and possibly with other breeds of Bichon (Maltese and Bichon Frise) to create the Havanese we know and love today. It is interesting, then, that modern Havapoos have Poodles on both sides of their mixed breeding if you go back far enough. The “designer dogs” with these intentional mixes are still in high demand, which means they are also available for adoption from shelters, as not everyone who brings home a Havapoo – or any dog – ends up keeping them, unfortunately. If you want a Havapoo to be a part of your life, opt for adoption.