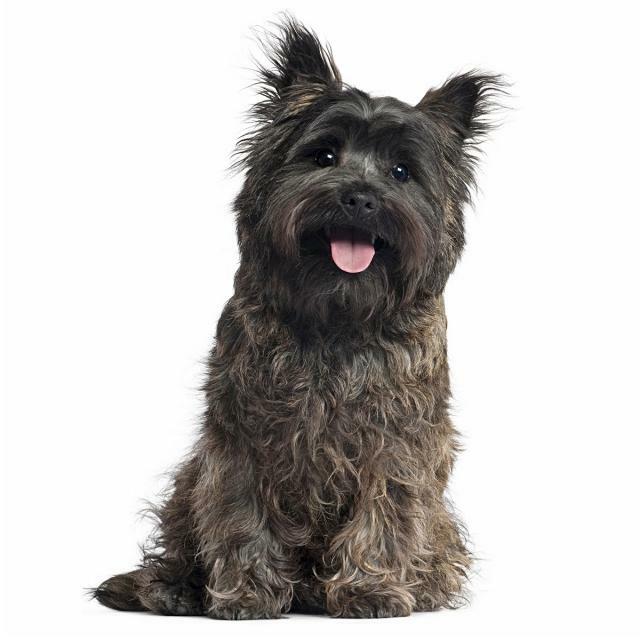 The Cairn Terrier dog breed is a small working terrier developed on the Isle of Skye, in Scotland. Farmers used them to eliminate vermin from their properties and needed a dog with courage, tenacity and intelligence, characteristics that are still found in the current Cairn. Although they are purebred dogs, some may end up in the care of shelters or rescues. Consider adoption if this is the breed for you. Cairn Terriers are sensitive, independent, and friendly dogs that excel as family companions. Compact and affectionate, these dogs do well in apartments and large homes with novice pet parents and experienced dog lovers alike. However, they have a lot of energy and need their humans to keep them active with walks and play sessions. Cairn Terriers don’t like to be left home alone for many hours a day, so make sure you can provide plenty of love and attention for their well-being if you decide this is the breed for you. AniMall24 recommends a good carrier for traveling with your little Cairn Terrier. You should also buy a interactive puzzle toy to keep your pup active indoors.

The Cairn is a Terrier, which means that its natural instincts are to bark, dig and chase. These behaviors can be minimized with training, but they cannot be eliminated. If you don’t like the typical terrier temperament, you should consider another breed. The Cairn is intelligent and curious. It also has a mind of its own. He will challenge your authority, good-naturedly, of course, but you must be able to establish and maintain your role as pack leader, or he will assert himself. The Cairn loves the attention of his family. Do not leave him alone for too long or he can become destructive. The Cairn Terrier often thinks he is bigger than he really is. Don’t be surprised if he fights back against large dogs or animals. To get a healthy dog, never buy a puppy from an irresponsible breeder, puppy mill or pet store. Look for a reputable breeder who tests their breeding dogs to make sure they have no genetic diseases that can be passed on to puppies and that they have a healthy temperament.

The Cairn Terrier was developed over 200 years ago on the Isle of Skye, where Captain Martin MacLeod is credited with developing one of the oldest strains of the breed. All Scottish terrier breeds were originally classified as Scotch Terriers. In 1873, a new system was introduced and Scotch Terriers were separated into two classes: Dandie Dinmont Terriers and Skye Terriers. The Skye Terrier classification included the Cairns, as well as the dogs now known as Scotch Terriers, West Highland White Terriers. These breeds were distinguished only by colour, as all three could be from the same litter. In 1881 a Scotch Wirehaired Terrier Club was formed for all three breeds; a standard was adopted in 1882. Towards the end of the 19th century, Scottish Terrier breeders began to select for different characteristics, including colour. The West Highland White Terrier became a separate breed in 1908. In 1912, the Cairn Terrier was designated as a breed, taking its name from the stone mounds that marked ancient Scottish burial or memorial sites. These stone mounds were often hiding places for vermin that the terriers sought out. The first Cairn Terriers were imported to the United States by Mrs. Henry F. Price and Mrs. Byron Rodgers in 1913. In both the United States and England, the Cairn and the West Highland White were interbred until 1917, when the American Kennel Club banned the registration of any dog from such a cross. In the same year, the Cairn Terrier Club of America received AKC membership.