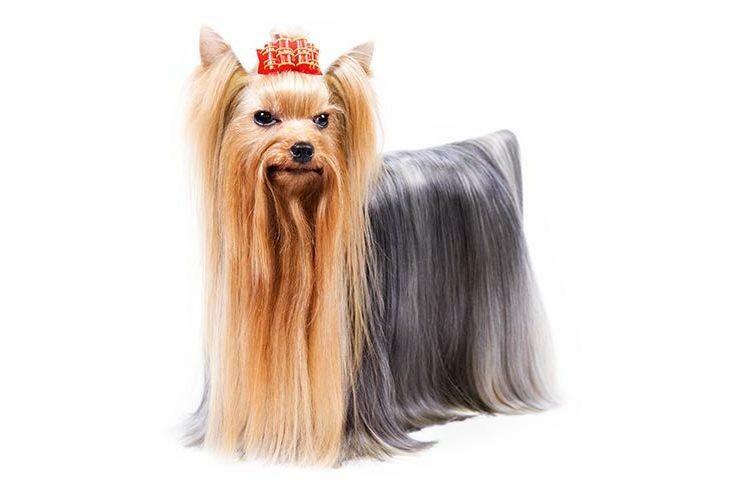 Small in size but big in personality, the Yorkshire Terrier is a feisty but affectionate companion. America’s most popular toy dog breed, the “Yorkie” has won many fans for its devotion to its owners, its elegant appearance and its suitability for flat living. Although these are purebred dogs, you may find them in the care of shelters or rescue groups. Remember to adopt. Although Yorkies can make excellent flat pets, they also have a tendency to be very noisy, which neighbours may not like. They will also need some maintenance, especially when it comes to dental care. Although these puppies are playful, they are also small and can be hurt by children. But if you can provide them with plenty of love, attention, care and playtime, you will have a loving and cuddly companion who will stick to you like your shadow.

Yorkshire Terriers are known to be difficult to housebreak. Due to their small size, delicate build and terrier personality, Yorkshire Terriers are generally not recommended for homes with small children. Early and consistent training can help. If you do not feel up to this training, consult a professional dog trainer.Yorkshire Terriers can have a delicate digestive system and can be picky eaters. Feeding problems can occur if your Yorkie has teeth or gum problems as well. If your Yorkie shows discomfort when eating or after eating, take him to the vet for a check-up.Yorkshire Terriers think they are big dogs and will try to fight a big dog if they are allowed to. Be sure to keep your Yorkie under control. Better yet, try to socialise your Yorkie at an early age by taking him to obedience classes.Yorkies tend to retain their puppy teeth, especially the canines. When your puppy is about five months old, check his teeth frequently. If you notice that an adult tooth is trying to erupt but the baby tooth is still there, take him to the vet. Retained baby teeth can cause adult teeth to erupt unevenly, which can contribute to tooth decay in later years.To have a healthy dog, never buy a puppy from an irresponsible breeder, puppy mill or pet shop. Look for a reputable breeder who tests their breeding dogs to ensure that they are free of genetic diseases that can be passed on to puppies and that they have a sound temperament.