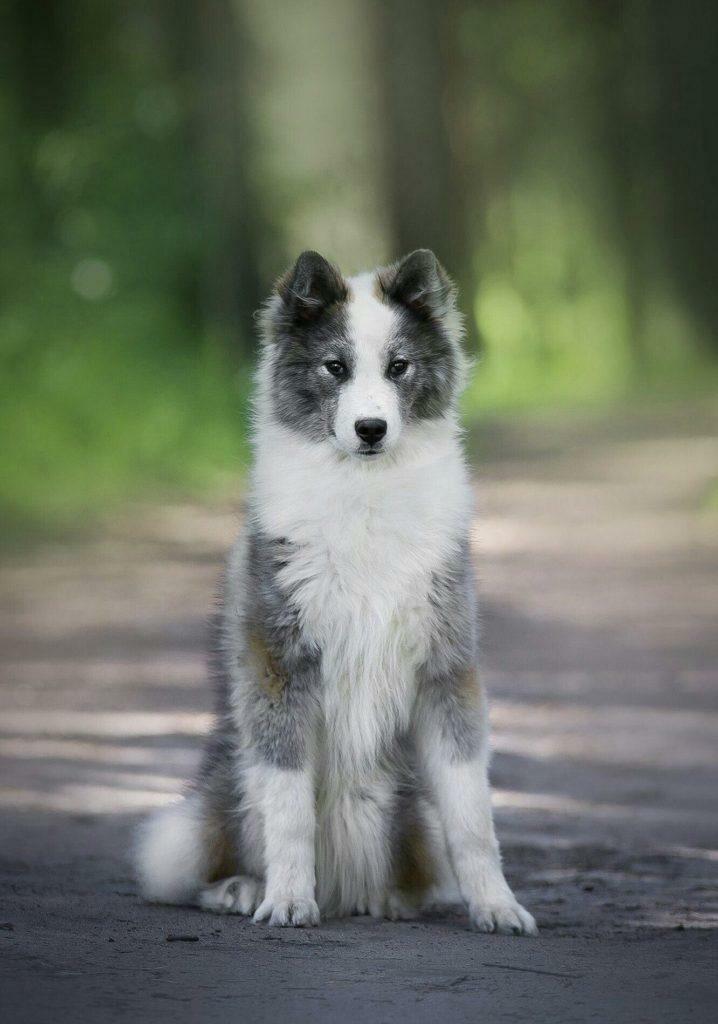 The Yakut Laika is an ancient dog breed from the cold Yakutia region, an area of northern Russia with extreme temperatures. The Sahka people of the region developed the breed not only to be an impressive sled dog, but also to be part of the human family.breed enthusiasts may know these dogs by one of their many nicknames, such as Yakut Laika, Yakutskaya Laika, Tungusskaya, Chubychanskaya, Arkticheskaya, Polarmaya and Sledge Dog. Although these are purebred dogs and somewhat rare, you can still find them in shelters and rescues. Remember to adopt, not buy, whenever possible if the Yakutian Laika is the breed for you.The fluffy and affectionate Yaikutian Laika makes an excellent family pet. They form especially strong bonds with the children they are raised with. Since it is a breed that thrives on human interaction, it may not be best for someone who plans to leave their dog home alone for long periods of time.

The Yakutian Laika’s coat is available in many colours, such as white, grey, black and brown. Most of the time, the breed is black and white, but some Yakutian Laikas are tri-coloured with black, white and brown.Yakutian Laiksa will shed seasonally, also called “blowing” their coats. During this time, be sure to brush them daily to ease the process and avoid a layer of hair on the ground. The Yakutian Laika can be prone to weight gain and has high energy levels. Make sure your dog gets at least one good half-hour to hour-long walk a day, with some good active play sessions and shorter walks mixed in.Yakutian Laikas are super people-friendly, and that includes children. This fluffy breed can be playful, but is also somewhat reserved, so there is less chance of them accidentally knocking over a small child.The Yakutian Laika gets along well with other dogs, especially if they are raised together. As for cats or other small animals, they may have a bit of a prey drive, but some constant training should help curb any unwanted chasing.

There is evidence that the Yakutian Laika breed has existed for approximately 8,000 years. The breed comes from an area of ​​Russia where people have found the 40,000-year-old remains of wolves, and many fans and researchers of the breed believe that the Yakut Laika may be related. Traditionally, the Sahka, the people of ancient Yakutia, trained the Yakutian Laika to be a sled dog. In the region’s especially harsh winters, the Sahka relied on sled dogs such as the Yakutian Laika to transport goods and aid in hunting. They are often referred to as the original sled dog, as they were photographed as early as the 17th century pulling sleds. However, Yakutian Laika was not only treated as a working dog. For thousands of years, breeders worked to eliminate aggression towards humans, also making them the best companion dog. The American Kennel Club (AKC) recognized the breed in 2004, adding the Yakutian Laika to its Foundational Stock Service group. The friendly breed is not widely known outside of their native Russia, but their outgoing personality and striking characteristics make them more and more popular around the world.