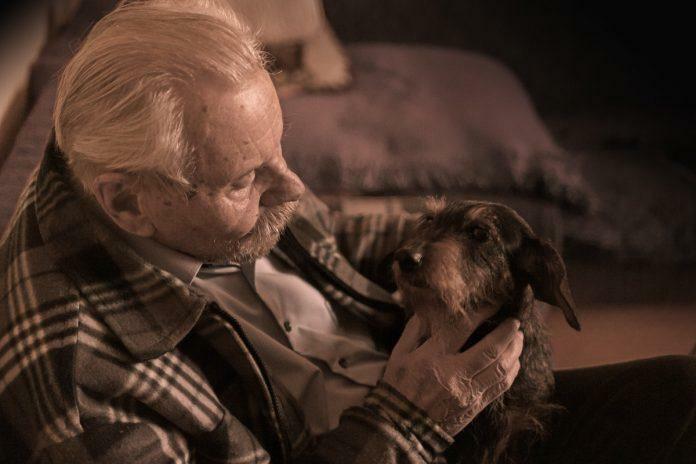 Why do many older people want to adopt animals?

Animals enrich our lives – regardless of age. But older people often have a hard time adopting animals. Why this is so, and why they can still be the perfect home for (elderly) animals.

Anyone who has a dog knows how well pets can do us. The health benefits of four-legged friends have also been scientifically proven for a long time. So it’s no wonder that many people long for a pet – and older people also want cozy company.

There are many reasons for this: For example, some feel lonely after the death of a life partner and want company on walks. Pets help others to socialize. In addition, numerous studies have shown that pets can have positive effects on our health, for example lowering blood pressure and reducing stress .

Pets have many advantages for the elderly

For older people, however, there would be another advantage: “Seniors take better care of themselves when someone is dependent on them. You keep a routine. They take their vitamins and medication regularly because someone is relying on them, and that’s important, ”explains Susan Kurowski.

She is the executive director of Pets for the Elderly , a US organization that helps elderly people adopt pets by paying $ 100 in agency fees. Since it was founded in 1992, the organization has supported around 100,000 senior citizens.

Apart from the costs, many senior citizens in UK also encounter hurdles when they want to adopt a pet. Because: One reads again and again about cases in which they are denied the admission of a pet . Many animal shelters apparently fear that the animals will end up with them again if the new keepers lose health or even die. Younger animals in particular are therefore not or only reluctantly passed on to retirees.

Is there an age limit?

Do animal shelters only refer people up to a certain age? A survey among animal shelters in German-speaking Switzerland wanted to find out. Result: There is no certain upper age limit in any animal shelter. In addition to age, the most important thing is the living conditions and the state of health, but also the age, the type and the nature of the animal to be taught.

The animal shelters want to ensure that new owners can meet the needs of the animals, even until they die. Many demand, for example, that a successor should already be in place should the health of the new owners get worse at some point. In this way, they want to avoid animals ending up in the animal shelter again soon.

But many also agree: Placing an older dog or cat with seniors can be profitable. After all, the older generation often has a lot of time to look after their four-legged friends. They are often more patient and can offer the animal seniors a calm, loving environment.

This is also how the Dormagen animal shelter sees it. As part of the “ Seniors for Seniors ” project , the animal shelter provides older four-legged friends with older people . How it works exactly and how it is received by senior citizens, DeineTierwelt talked to the first chairwoman, Babette Terveer.

Terveer is also the first chairman of the “ Notpfote ” association, which this year won the animal welfare award from the state of North Rhine-Westphalia. The association launched the “Seniors for Seniors” project seven years ago, and the Dormagen animal shelter took over the project around a year ago.

The reasons mentioned above, for which seniors want to adopt animals, partly coincide with the experiences of Babette Terveer. In her opinion, two of the most common motivations are loneliness and the desire to keep moving. Often the senior citizens kept dogs for all of their lives and would like to have four-legged company in their old age.

Especially the aspects of loneliness and a desire for more exercise in the fresh air are likely to have intensified again in the past two years due to the corona pandemic. Eventually, the desire for a pet increased among the rest of the population – breeders and animal shelters reported a real boom . In general, the number of inquiries has also increased at the Dormagen animal shelter, says Babette Terveer. However, the demand for the senior project has been stable for years.

The animal shelter therefore always tries to “reserve” a handful of older dogs for interested senior citizens. And the employees do everything to find the right dog for everyone. “For example, we also refer to people with walking frames,” explains Babette Terveer. In some cases, however, a referral is not possible, for example if the interested party suffers from dementia or is very confused. “You have to be able to look after yourself in order to be able to look after an animal.”

Seniors can also get involved as a foster home

Anyone who longs for animal company in old age but is not sure whether they want to take an animal in completely with them will find other good options at the “Notpfote” association. In the new project ” Seniors for Animal Welfare “, for example, seniors are involved as a foster home at an animal shelter.

“Here, too, we see how much joie de vivre and energy is regained through meaningful integration into a network of social relationships,” says Terveer. There are currently four seniors from the age of 70 who take dogs as foster homes. The animal shelter assumes all costs – and if necessary it can also provide volunteer drivers for visits to the vet, for example.

“Older people are welcome to get in touch if they want to be a foster home,” encourages Babette Terveer. Contact is possible via the club’s Facebook page . “Anyone who would like to share their time with a four-legged friend again, but has not decided to have their own dog, is very welcome to become a foster home with us.”

Read More »
PrevPreviousIs Your Cat a Psychopath? According to this study, probably
NextOnline animal market: This is how you recognize fraudsters and dubious offersNext