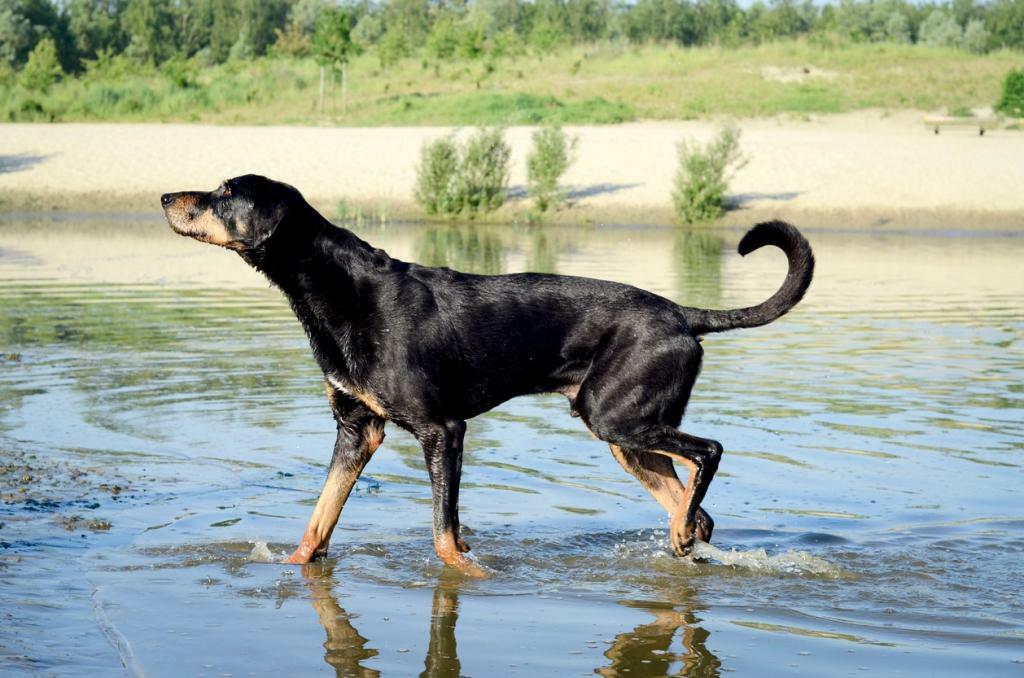 The Transylvanian Hound is not a vampire, but it is a dog breed as old as the myth of bloodthirsty monsters. The breed was popular with Hungarian royalty and hunters, but was on the verge of extinction in the early 20th century. However, enthusiasts revived the breed and turned these dogs into the adaptable and loyal companions they are today. This rare scent hound is sometimes referred to as the Hungarian scent hound or Transylvanian scent hound. In Hungary, the dog’s homeland, the breed is known as Erdélyi kopó. Although they are purebred dogs, it is possible to find them in shelters and rescues. Remember to adopt. Transylvanian Hounds may not be the best choice for first-time pet parents or families with young children, as this energetic breed needs a firm and steady hand when it comes to training. The good news is that, for experienced dog lovers, these hounds can do well in most environments, whether it’s an inner-city flat or a family home. If you can handle the high energy of this breed and maintain consistent training, these dogs can be amazing, loyal and active companions.

Generally, the Transylvanian Hound has a black coat with tan markings, often with spots over the eyes, which gives them the “eyebrow” appearance. A weekly brushing, along with regular bathing, should keep their coat in good shape.Transylvanian Hounds have a lot of energy. Make sure your dog gets at least two good walks of half an hour to an hour’s duration a day, with a few active play sessions and shorter walks mixed in.The breed is suitable for families with older children, but they may be too large and eager to play to spend much time around small children.The breed tends to get along well with other dogs, provided they have room to run and claim as their own. Where cats and smaller animals are concerned, the breed’s hunting instincts are likely to kick in. Although the Transylvanian Hound can make an excellent companion dog, it needs a handler with experience in dog training.