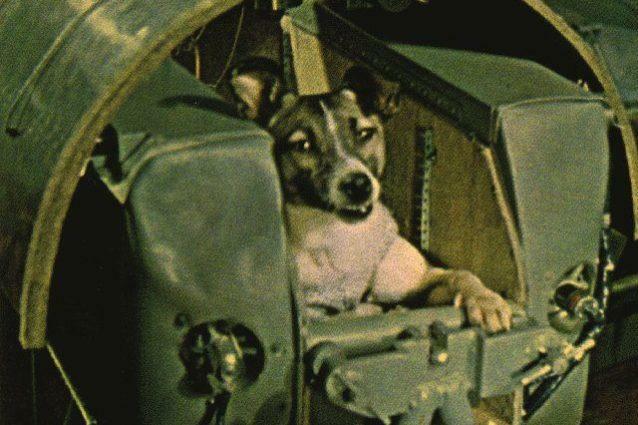 Today Samantha Cristoforetti, yesterday Laika: so the first female in space was launched certainly not by her choice

Samantha Cristoforetti will be the first European astronaut and the first Italian to command the international space station. Many years ago it was a dog, indeed, a bitch who contributed, despite her, to the desire of human beings to travel in space. She was Laika, a six-pound wren who, not by choice, paved the way today for our Astrosamantha and for all those who preceded her in overcoming the clouds. Her true story, however, has rarely been told.

Samantha Cristoforetti will be the first woman in Europe to lead a space station. The social networks are teeming with comments and posts dedicated to the Italian astronaut, the news is highlighted in the media and while we go on with thousands of comments on the symbolic importance that it is finally a human being with an X chromosome to have such an important task, the story of the “conquest of space” which has always been the prerogative of men is told according to a genre narrative, when even before that there is a specific story to be told.

Laika, the first dog in space that wasn’t called that

Many years ago it was a dog, or rather, a bitch who contributed, in spite of himself, to the desire of human beings to travel in space. A six-kilo wren that has, not by choice of course, paved the way today for our Samantha Cristoforetti who will reach Expedition 68 and all those who preceded her in overcoming the clouds and going beyond the earth’s atmosphere. You will remember the name in many: Laika. But his story is actually very different from how it was passed down. Starting with the name, that was not what that little dog was called that was literally shot into space by the Soviet Union. Before the launch, which took place on November 3, 1957, the scientist who had been responsible for its preparation, Oleg Gazenko, attended a press conference. When he was asked, precisely, what the name of the animal he had been chosen was called – among many others who had not passed the brutal tests to which they were subjected – there was a misunderstanding in the translation. Laika is actually how some northern Russian and Siberian hunting dogs are still called today and is a way of appealing several other local breeds as well. In short, a bit as if “Laika”, in Russia, is synonymous with “dog” in some areas. Other names, then, were used at the time for the dog by the media: she was nicknamed “Mutnik”, for example, by crossing the words “Sputnik” and “Mutt”, an English term for mestizos.

The name given by Gazenko and the others who worked on the project was instead “Kudrjavka”, or “ricciolina”. Despite the term of endearment, however, the dog’s life in the Soviet scientists’ laboratory was even worse than her death in flight (which was also terrifying). Laika was the chosen one, after numerous tests, among the last three guinea pigs – two other females – who had survived everything to which they had subjected them for that launch that is still remembered today as a fundamental point for the epic of man in the space.

First the guinea pig pain, then the flight to die in the capsule less than five hours after launch

Laika’s life, before ending up in that laboratory where the Russians tried to beat the United States, remained for years in oblivion. The interest in the true story of a dog who had been made a real heroine for the public opinion was very low and such was maintained.

Ricciolina was actually a Moscow street dog. A stray like many who still live in the Russian capital and whose story was told in a wonderful film that also won a Crystal Bear at the Berlin Film Festival in 2018. “Space Dogs”, by Elsa Kremser and Levin Peter , it begins with a voice that tells a legend according to which Laika returned to earth as a ghost and wandered around Moscow with her descendants. The two documentary makers collected archival material and then shot at dog height following a pack of strays who now live on the streets of the Russian capital.

Through this dreamlike but at the same time very concrete story, one understands what life was before and death, after the launch, of Laika. The stray on the streets of Moscow was the first living being to orbit the Earth and died less than five hours after launch. Before arriving inside that capsule she was subjected to painful psychophysical stress and without any pity towards that living being and the others who could not pass the tests of the scientists. In 2017, biologist Adilya Kotovskaya who was part of the team of researchers who looked after her publicly declared: “I asked her to forgive us and I cried when I caressed her for the last time.”

Laika and the other dogs were subjected to horrific tests, such as staying in pressurized capsules that started from a diameter of 80 centimeters until they became smaller and smaller and were completely deprived of movement. The male subjects were discarded for their size, which is why only three females remained among the candidates who, among the various tests, in particular, had to pass the most important one and then be really “shot” into orbit: they were inserted into real centrifuges and subjected to long sessions in which they had to undergo listening to very loud noises to get them used to the launch.

“For all the mankind”, a series on Apple TV set in an alternate reality in which the Soviet Union beat the United States in the conquest of the Moon and space, did not forget to remember little Ricciolina during the sixth episode of the second series . At a time of great pathos when Russian cosmonauts and US astronauts share their thoughts in an off-work meeting, there is a particularly moving conversation. It is a real passage within a dystopian narrative in which the truth about Laika is told and she is honored as an individual. The female protagonist, Danielle, almost alter ego of our Astrosamantha, is a female astronaut at the head of an important mission in which the two crews will have to face a symbolic meeting in orbit to try to dilute the climate of cold war between the two super powers. During the conversation with her Russian colleague, the woman speaks of Laika as a symbol of dedicating one’s life to such an important mission for the human species. Stepan, the cosmonaut, on the other hand, reveals to her how things went: that bitch died in her pain, in total solitude and for having granted trust and love to those human beings who exploited her.

The conversation between Dani and Stepan is all that there is to know and to reflect on with respect to what we humans do to other species, even to one like that of canis lupus familiaris which shares with us a path of co evolution that has such ancient roots that even today with certainty we do not know whether it began 40 thousand or 15 thousand years ago.