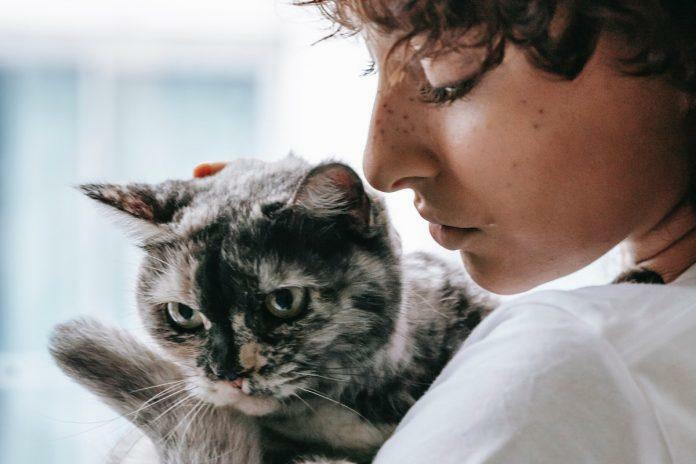 Are you a dog or a cat person? Usually there are actually two very convinced camps on this question. But do cat and dog owners really think differently? Various studies have examined this. An overview.

“I’m not that cat person” or “I just like cats better than dogs” – people often agree with either of the two statements. Do cat and dog owners also tick differently? Various scientists have already researched the peculiarities – with the result that dog owners tend to be “better” off.

For example, a 2006 study found that dog owners laugh more than cat owners. Psychology professor Robin Maria Valeri had her subjects keep “laughing diaries” for a day, in which they recorded how often and for how long they laughed in the presence of their pets. The result: dog owners and people who keep both dogs and cats, according to their own statements, laughed more often in the presence of their animals than cat owners.

Valeri concluded that dogs could serve as friends to laugh with – and their behavior could provide more reasons to laugh .

Whether it’s laughing or for other reasons: Dog owners also seem generally happier than cat owners. Because in the “General Social Survey 2018” in the USA, especially dog ​​owners (36 percent) and people with dogs and cats (28 percent) rate themselves as “very happy”.

Of the cat owners, however, only 18 percent said they were very happy. People with cats are on average significantly less happy than people without pets, reports the Washington Post .

However, the type of pet alone is probably not responsible for how happy a person is. Other factors are likely to influence the general quality of life, for example whether someone is married or owns a home – according to the study, both of these apply more to dog owners than to cat owners.

In general, pet owners seem to be more satisfied than people without pets, a 2016 study showed . But here too, dog owners performed better than cat owners on various aspects of well-being. After all: Another study found that cats can absorb and soften negative emotions. In this direction they have a similar effect as partners.

Women with cats have lower self-esteem

So people with dogs are happy, content and have a lot to laugh about. And cat owners? They tend to have low self-esteem. At least women. This was suggested by the results of a 2020 study . Holding a dog, on the other hand, is associated with being more confident. According to the UKE authors, the underlying mechanisms that could influence this phenomenon have not yet been adequately investigated.

The reassuring news at the end – also for cat owners: Pets help their owners to establish social contacts. And it doesn’t really depend on the species. This is what researchers from Australia, England and the USA found out in a joint study .

The likelihood of meeting new people in the neighborhood was 60 percent higher for those who owned animals than for people without pets.

“Keeping a pet appears to make social interactions and making friends with neighbors significantly easier,” the authors conclude. “For pet owners, this also means new sources of social support, both practical and emotional.”

And regardless of whether it is a dog or a cat – in the end, what counts is whether your pet’s personality suits you.