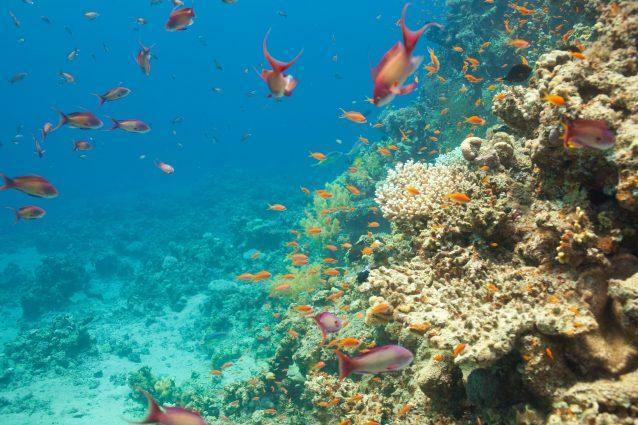 A new study published in PNAS has shown that corals in the northern Red Sea and the Gulf of Aqaba could withstand rising temperatures and survive climate change. The coral reefs formed by Stylophora pistillata, in fact, showed no signs of bleaching, despite the fact that the sea water temperature increased rapidly.

Most coral reefs around the world are disappearing at a catastrophic rate, mainly due to rising average sea temperatures. Not all corals, however, could disappear due to the climate crisis. According to a new study published in PNAS, those in the northern Red Sea and the Gulf of Aqaba could resist and survive. The coral reefs formed by Stylophora pistillata, in fact, showed no signs of bleaching, despite the fact that the sea water temperature increased faster than the global average. This exceptional tolerance to thermal stress allows corals to resist and recover with ease up to a temperature limit of 32 ° C.

To study the modes of gene expression in response to heat, the researchers subjected Stylophora pistillata from the Gulf of Aqaba to different thermal stresses, both short (hours) and long (weeks). The temperatures to which they were subjected started from the maximum monthly average of 27 ° C, and then reached 29.5 ° C, 32 ° C and 34.5 ° C. The corals were examined both at the end of the thermal stress and at the return to normal starting conditions.

By sequencing and analyzing gene expression, i.e. the transcription of the information contained in DNA into RNA, they detected rapid changes due to stress and equally rapid returns to normal in most corals (over 94%) and algae (over 94%). 71%) living in symbiosis in their tissues in all experiments up to 32 ° C. At 34.5 ° C, however, the recoveries were minimal and the mortality rates very high. Good news, at least for these corals, which represent a real hope for the conservation of one of the ecosystems that hosts an immeasurable amount of biodiversity.

What are we missing

Within these real “sea forest” many species of fish, crustaceans, molluscs and many other invertebrates live and find refuge. The increase in temperatures, however, forces the small polyps, cnidarians similar to jellyfish and which form coral colonies, to expel the algae that live inside them, quickly leading them to lose color, turn white and die. The bleaching and death of entire coral reefs therefore means the disappearance of entire ecosystems and the total desertification of the seabed.

This new study will help to better understand the biological dynamics and processes that regulate the resilience of corals, and will provide valuable information for the many conservation projects around the world trying to save these precious ecosystems. In fact, there are many organizations and initiatives that are trying to do everything to help coral reefs and all their inhabitants to survive the sixth mass extinction. However, more effort is needed on the part of everyone, both in terms of scientific research and political decisions.