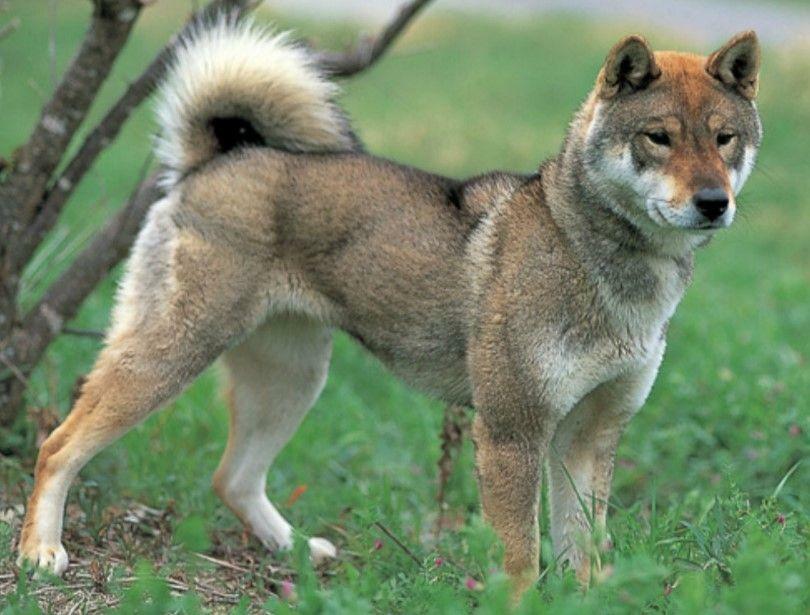 The Shikoku, one of the six primitive breeds of dogs native to Japan, was domesticated by the Matagi (traditional Japanese hunters) sometime in the 18th century. This breed is also known as Kochi-ken, or simply “ken” or “inu”, meaning “dog” in Japanese. They are also sometimes called Mikawa Inu or Japanese wolf dog. Like the other primitive breeds of Japanese dogs, these dogs are rare, even in their country of origin. Although they are purebred and rare, you can still find them or breed mixes in shelters and rescues. Remember to adopt. Do not buy whenever possible if this is the breed for you. Although the Shikoku may seem unwieldy, this breed is best suited for someone with previous puppy experience. This Spitz breed also has a high prey drive, so would do best in a single-animal household, ideally only with older children if there are any. With proper training and leadership, this dog can become a fiercely loyal and loving companion.

Thanks to the remote home of Shikoku in the mountainous terrain of the island of Japan, the breed remained relatively pure for centuries. Japanese hunters, matagi, used the Shikoku to help track and contain wild boars. The breed’s athletic prowess and quiet approach made them excellent hunting companions, and Shikoku was calm and quiet with his human companions.In the late 19th century, enthusiasts of the Shikoku breed realized that they had to actively protect the breed and began collecting Shikoku dogs for conservation programs. After World War I, having a dog became a luxury in Japan. Breed conservationists formed the Nihon Ken Hozonkai (NIPPO) in 1928 to preserve the Shikoku and the other five Japanese spitz-type breeds.In an effort to help conserve the Shikoku, the American Kennel Club recognizes the breed in its Foundational Stock group. Service. this does not give them full registered breed status.