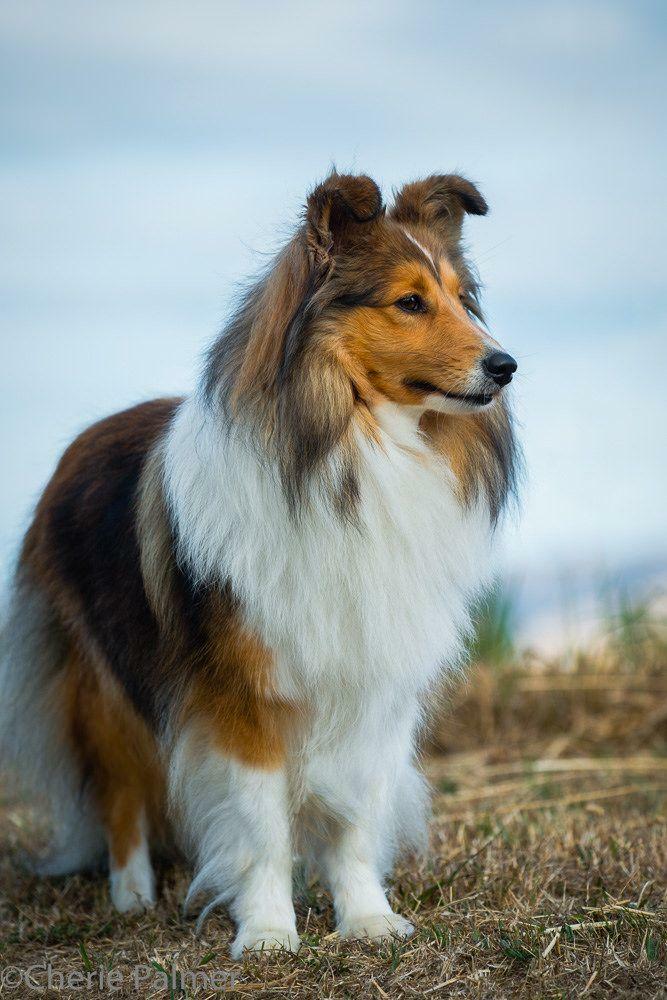 Shetland Sheepdogs were the guard dogs of the farmers of the Shetland Islands off the coast of Scotland, keeping hungry birds and sheep out of the farmer’s garden. Today they are excellent family companions and superstars of dog sports. Although they are purebred dogs, you may find them in the care of shelters or rescue groups. Remember to adopt. Intelligent and eager to please, dogs of this breed take training well. Although they are quite affectionate with almost everyone, they are also very protective of their families. They are sensitive and should not spend too many hours alone at home without company. If you can keep your dog mentally and physically stimulated with chores, training and exercise, you will have a furry and loving family member.

Many Shelties are very noisy and have a loud, piercing bark. To keep their relationships with neighbours friendly, it is important to train your Sheltie at an early age to stop barking on command.Expect your Sheltie to shed profusely in the spring, and sometimes at other times of the year.Shelties are extremely intelligent and like to have a job to do. However, they can be stubborn. Make training fun and give them time to make up their mind to do what you want them to do.Shelties have a lot of energy and need to be able to run. They benefit from activities such as agility and flyball, where they get physical and mental exercise. As puppies are in high demand, there are many poorly bred Shelties for sale. If you are looking for a puppy, be sure to find a reputable breeder who tests their breeding dogs to make sure they are free of genetic diseases that can be passed on to puppies and who breeds for a healthy temperament. To get a healthy dog, never buy a puppy from a puppy mill, pet shop or breeder that does not offer health guarantees or licensing.

The Sheltie comes from the rugged Shetland Islands, which lie between Scotland and Norway, about 50 miles north of Scotland and a little south of the Arctic Circle. These islands are also home to other small breeds of animals, such as Shetland Ponies and Shetland Sheep. For many years, the Shetland Sheepdog was called Toonie, taken from the Norwegian word for farm. The farmers bred the dogs, crossing the Border Collie with smaller dogs, to herd and protect their flocks of Shetland sheep. Some speculate that one of the tasks of Shetland Sheepdogs was to protect small sheep from birds. In fact, many of today’s Shelties seem to have a passion for chasing birds, with some even attempting to chase planes and helicopters flying overhead.In the early 19th century, the Sheltie was brought to England and Scotland where it was described as a Miniature Collie. In the Shetland Islands, farmers began to breed their little Shelties to be even smaller and fluffier so that they could be sold to visitors to the islands. It is rumored that a Prince Charles Spaniel (a variety of English Toy Spaniel) and some Pomeranian dogs, left on the island by tourists, were crossed with the native sheepdogs. There was so much miscegenation that at the end of the 19th century, the islanders realized that the original type of dog was disappearing. However, there was a lot of dissent over what the original dog looked like and how to get back to it. Some breeders believed that they needed to crossbreed with Collies to regain the original type, some felt that they should only breed existing Shelties that were closer to the original type, and others continued to cross indiscriminately with other breeds to develop cute little pets. Shelties of all three types were entered in dog shows in the early 20th century, up until the First World War. In 1909, the Kennel Club of England recognized the breed. In all, 28 Shelties were registered that year as Shetland Collies (gross). Four of them still appear in the pedigrees of many modern champion Shelties: two males named Lerwick Tim and Trim and two females named Inverness Topsy and Inga. The first Sheltie registered by the American Kennel Club was Lord Scott in 1911, but collie breeders in England were not happy with the breed name and protested to the Kennel Club. This led to the change of the name to Shetland Sheepdog. The Shetland Sheepdog sparked controversy in both Britain and the United States for many years, with rumors of crossbreeding and long-running disagreements over what the breed should look like. As a consequence, many Shetland Sheepdog clubs were formed to support different views. Finally, in 1930, the Scottish and English clubs met and agreed that the dog “should look like a miniature (rough) collie.” Breeders imported Shelties from England until the 1950s, but by then, American and British Shelties had started to differ greatly in type and size. Today, almost all Shetland Sheepdogs in the US are descended from dogs that were imported from England between WWI and WWII. As the breed became more popular, their numbers increased in the U.S. In the 1970s, their popularity exploded and Shelties appeared on the American Kennel Club’s list of the ten most popular dogs in 12 of the next 15 years, peaking in the early 1990s. Today, the Sheltie is ranked 20th in popularity among the 155 breeds and varieties registered by the American Kennel Club. And how is the Sheltie doing in their native Shetland Islands? Ironically, it is quite rare in its rugged land – the breed has been replaced by the Border Collie.