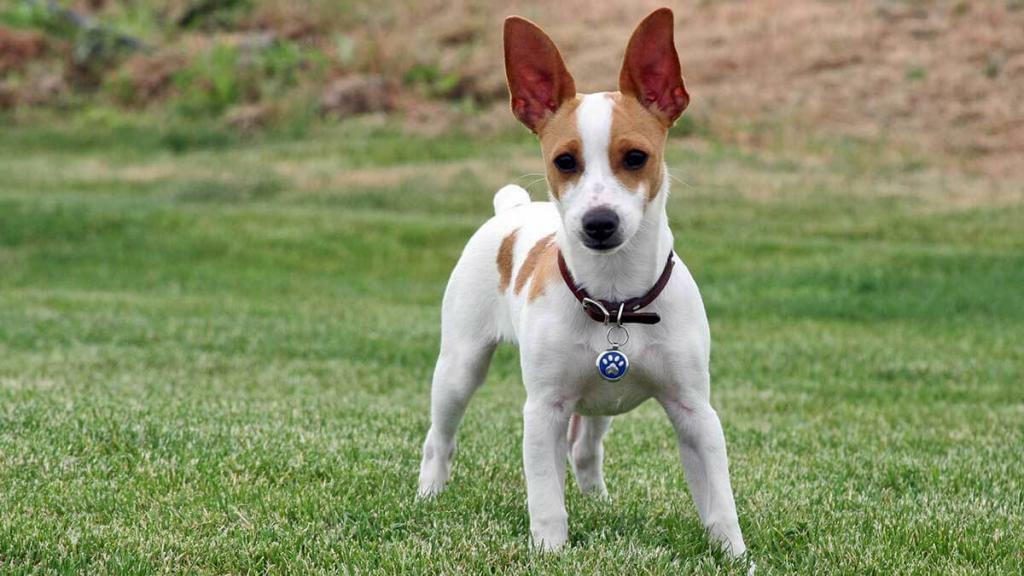 Members of the Rat Terrier breed of dog are adorable, little, scurrying escape artists who are true terriers: feisty, fun-loving, energetic, lively, varmint-chasing and incapable of being bored. They are very stubborn and don’t like to please people, but the people who love them laugh all the time. Although they are purebred dogs, you may find them in the care of shelters or rescue groups. Remember to adopt! Don’t go shopping if you want to take a dog home.The Rat Terrier is the ideal farm dog for which they were always intended. President Theodore Roosevelt is said to have named the breed after his own terrier eradicated a plague of rats in the White House; it is clear that the Rat Terrier excels as a public servant, as long as it is in their own interest. They are an American tradition, as is apple pie, but keep an eye on your plate or you may miss dessert.

Do you have many visitors in your home? Although devoted to his family, the Rat Terrier takes time to get used to strangers. Its propensity for digging, combined with a strong prey instinct, means that your Rat Terrier will jump any fence it can, or dig underneath it. If not, the Rat Terrier may become destructive as a way of releasing pent-up energy, and they also need a lot of mental stimulation. A bored Rat Terrier will resort to barking and biting if it does not get it. The Rat Terrier’s compulsion to chase does not make it the best choice for an off-leash dog. Even the most well-behaved are prone to “forget” their training in the face of tempting prey.To get a healthy dog, never buy a puppy from an irresponsible breeder, puppy mill or pet shop. Look for a reputable breeder who tests their breeding dogs to make sure they are free of genetic diseases that can be passed on to puppies, and that they have a sound temperament.

The Rat Terrier is an American breed that is the result of working with the Fox Terrier, Bull Terrier, Manchester Terrier and Old English White Terrier, to name a few.Being a farm and hunting dog, the Rat Terrier’s need to catch prey and pests led breeders to begin adding new strains to the breed in the 1910s and 1920s. In the Midwest, the Rat Terrier was bred with Whippets and Italian Greyhounds to produce a more versatile and faster dog that could help control the hare problem. The new and improved Rat Terrier was able to keep up with the fast rodents and continued to prove his worth. In the Southern and Central American regions, the Rat Terrier was bred with the Beagle to create a more pack oriented dog. This is where the Rat Terrier gained its strong sense of smell; its speed came from the Whippet.In the 1920s, Toy Fox Terriers that were too large for their own breeding programme were introduced into the Rat Terrier breeding programme. It is said that President Theodore Roosevelt named the breed, but not everyone agrees. He named his own dog the Rat Terrier, which had solved the White House rat problem. There is some debate as to whether the dog owned by President Roosevelt was actually the same Rat Terrier that appears today. The short-legged dog owned by Roosevelt has become the accepted breed standard for the Terrier named after him, and the Teddy Roosevelt Terrier is also known as the short-legged Rat Terrier.The Rat Terrier was a common sight on farms between the 1910s and 1940s, but eventually began to decline after farmers began using poison to control rodent populations. By the 1950s, the breed was no longer widespread. A handful of breeders maintained the breed until its resurgence in the late 1970s. The Decker Rat Terrier is a variety of the breed that is gaining popularity. It began with a dog owned by avid hunter Milton Decker, who considered his own dog, Henry, to possess excellent qualities that he wanted to retain in his breeding programme. Deckers were used for hunting wild pigs, deer, cougars and bears, as well as in the more traditional Rat Terrier roles. Although the Decker Rat Terrier is considered feisty and tough, it retains all the traits of a wonderful companion.in 1972, the first hairless Rat Terrier was born and from that small hairless female a new strain of Rat Terrier was developed. The hairless Rat Terrier is now known as the American Hairless Terrier. The American Hairless Terrier comes in two sizes, miniature and standard.