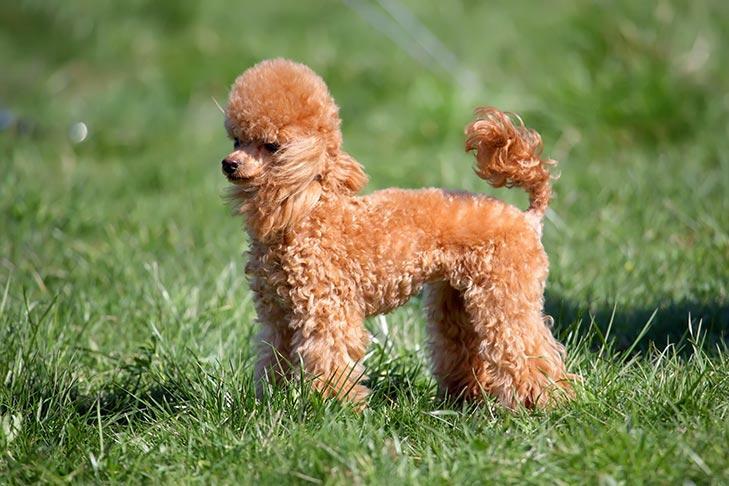 Elegant. Proud. Intelligent. The poodle is an impressive dog, as the numerous Best in Show winners of this dog breed can attest. But behind the blue ribbons, the impressive hairdos and the regal attitude, is a loving family dog with an ancient history and many talents.although these are purebred dogs, you may find them in the care of shelters or rescue groups. Remember to adopt. Poodles are considered one of the most intelligent breeds in the world. They are very easy to train and adapt to almost any task you give them, and you’ll want to give them chores to do. Bored poodles can become destructive if they are not physically and mentally stimulated. But active owners who can meet their dog’s needs will find a loving, intelligent, trainable and loyal family companion.

If you spoil your poodle and do not train it, it is likely to conclude that it is the alpha dog in the family. This is especially common among the smaller varieties – miniature poodles and toy poodles – which are more likely to be spoiled and untrained. Teach your dog good dog manners and then insist that he use them; this shows him that you are the leader of the pack.Because of his intelligence and playful nature, obedience training is essential to keep your Poodle’s mind active. A Poodle that is thinking and learning does not get bored and, therefore, will not find destructive ways to occupy itself.The Poodle’s coat needs a lot of maintenance to keep it beautiful and healthy. Most poodle owners take their dogs to a professional groomer every three to six weeks. If you want to save money on grooming costs, you can learn to do it yourself, but it takes time and effort.Poodles have watery eyes that can stain the surrounding fur. To reduce staining, gently wipe the face daily with an alcohol-free wipe or a cloth dampened in warm water.To get a healthy dog, never buy a puppy from an irresponsible breeder, puppy mill or pet shop. Look for a reputable breeder who tests their breeding dogs to make sure they have no genetic diseases that can be passed on to the puppies and that they have a healthy temperament.

The Poodle is one of the oldest breeds developed especially for hunting waterfowl. Most historians agree that the Poodle originated in Germany, but became its own breed in France. Many believe the breed is the result of crosses between various European water dogs, including Spanish, Portuguese, French, German, Hungarian and Russian. Other historians believe that one of the Poodle’s ancestors is the North African Barbet, which was imported to the Iberian Peninsula. It is also believed that the Poodle descended from Asian herding dogs, and then travelled with the Germanic Gothic and Ostrogothic tribes and eventually became a German Water Dog. Another theory is that the Poodle descended from dogs that were brought from the Asian steppes by the conquering Berbers of North Africa and eventually arrived in Portugal in the 8th century with the Moors. Drawings and statues show dogs very similar to today’s poodles, bringing in hunting nets, herding animals and retrieving game from the marshes.Although some say that miniature and toy poodles emerged soon after the standard, many believe that it was not until the 14th century that breeders began producing smaller versions of the poodle – first the miniature and then the toy – to delight the Parisian bourgeoisie. The Toy and Miniature varieties were created by crossing small poodles with each other, not by crossing poodles with smaller breeds. The French used the larger Standard Poodle for duck hunting and the medium-sized Miniature Poodle for sniffing out truffles in the forest. The small Toy Poodle, on the other hand, was mainly used as a companion for the nobility and the wealthy merchant class. Wealthy Renaissance owners often wore their Toy Poodles on their shirt sleeves, which gave rise to the nickname “sleeve dogs”. Gypsies and travelling entertainers learned that Poodles excelled in another canine profession: that of circus dog. They trained Poodles to perform tricks, dressed them in costumes and sculpted their fur into fanciful shapes to enhance their attractiveness on stage. The Kennel Club of England registered its first poodle in 1874, and the first British poodle fanciers’ club appeared two years later. It is not certain when poodles arrived in the United States, but the American Kennel Club registered its first poodle in 1886. The Poodle Club of America was founded in 1896, but disbanded shortly thereafter. Poodle enthusiasts re-established the club in 1931. Poodles were quite rare in the United States until after World War II. However, by the mid-1950s, the Poodle had become the most popular breed in the country, a position it held for more than 20 years.

“Stay with my animals”: Italian rescues strays in Ukraine