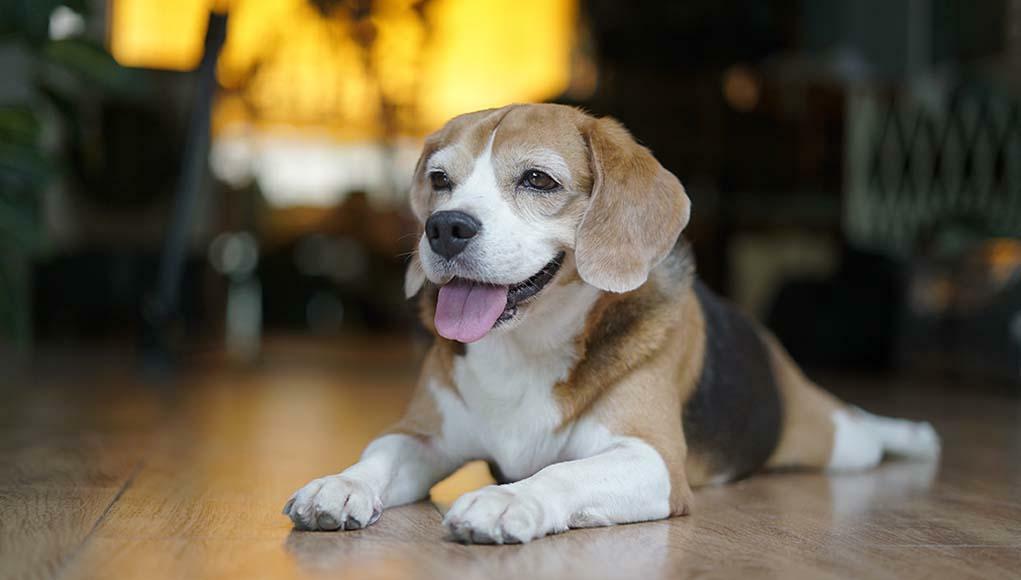 Smaller than the average breed of Beagle, these compact hounds are lively and fun. But the pocket Beagle is still a beagle and, as such, requires patience and creative training techniques to overcome its sometimes stubborn nature. Although these are purebred dogs, you may find them in the care of shelters or rescue groups. Remember to adopt. Don’t go shopping if you want to take a dog home.Pocket beagles are super affectionate with their families, including other dogs and children. They are also energetic and playful, so they make excellent playmates. Just make sure children know how to interact properly and safely with a small dog, and supervise play sessions, as even well-trained beagles can become a little unruly. Flat dwellers can also enjoy this breed, provided they can give their dogs plenty of exercise and walks. These puppies get along well with almost everyone. But do not leave them alone in the house for too long, or they may behave in undesirable ways.

Beagles can be difficult to train. Some people say it can take up to a year to fully train some beagles. Beagles are very intelligent and can become bored if left alone too long. If left alone in the backyard, Beagles often start finding ways to amuse themselves, usually by howling, digging or trying to find ways to get out and find people or other dogs to play with.Make sure you are prepared to work with your dog to control excessive barking and howling. The most common reason Beagles are surrendered to rescue groups is because their owners or their owners’ neighbours got tired of their howling.Beagles are targets for thieves who would steal them and then perhaps sell them to research laboratories for use in experiments. Supervise your Beagle when outdoors and be sure to microchip it. Beagles are bloodhounds and will move away if they smell a tempting scent in the air. Their noses control their brains, and if they smell something interesting, nothing else exists in their world. Although affectionate and gentle, Beagles can have an independent and stubborn streak. Obedience training is recommended, but make sure the class instructor understands the hound’s personality and is a proponent of using food as a reward (which few Beagles can resist).remember how the famous cartoon Beagle Snoopy fussed over his food bowl? Beagles are chow hounds and will overeat if given the opportunity. Control the amount of food you give them and be sure to keep cupboards closed and litter bins securely locked. Teach children to respect your Beagle while it is eating and not to approach it or disturb it with food. Beagles do not make good protection or guard dogs because they tend to be friendly to everyone they meet.

The origin of the word “beagle” is uncertain. It is thought that it may derive from the French word begueule, meaning open throat, or from the Old English word beag, meaning small. Others believe it may come from the French word beugler, meaning to bellow, or the German word begele, meaning to scold.the history of the breed is also unclear because the breeds as we know them today did not really develop until the 19th century. However, Greek documents from 400 BC describe Beagle-like dogs, and it is possible that the Romans brought small hounds to England to hunt rabbits and bred them with the local hounds. These dogs are believed to be the ancestors of the Beagle and Foxhound. During the reigns of Edward II (1307 AD – 1327 AD) and Henry VII (1485 AD – 1509 AD), extremely small beagles, called Glove Beagles – small enough to be held in a gloved hand – were popular. Elizabeth I (1533-1603) had packs of Pocket Beagles measuring only 25 centimetres. These small dogs were depicted in paintings as short-legged, pointy-nosed dogs. In the 1700s, fox hunting became popular in England and the Beagle was replaced by the larger Foxhound. Had it not been for farmers in England, Ireland and Wales who continued to keep packs to hunt rabbits and hares, the breed might have become extinct at that time.In the mid-19th century, the Reverend Phillip Honeywood established a pack of Beagles in Essex, England. These dogs are believed to be the ancestors of the modern Beagle. Reverend Honeywood bred for their hunting abilities, not their looks. Thomas Johnson, a fellow Englishman, was responsible for breeding Beagles that were attractive and good hunters. At about the same time, American breeders began importing Beagles from England to improve the appearance of their own dogs. Many of the English imports were bred with an average height of 15 to 17 inches at the shoulder so that they could hunt foxes. American breeders began breeding them to be smaller so that they could hunt rabbits. The “Patch” variety of Beagle, developed by Willet Randall in New York around 1880, is of interest to rabbit hunters. The line is mainly white with a very large tricolour patch. They were very popular in the 1940s and 1950s because they were able to run very fast. Today, many people call lemon and white beagles or red and white “Patch” beagles. The American Kennel Club and the first Beagle specialty club were both founded in 1884. In that same year, the AKC began registering Beagles. Beagles compete in one of two different height classes: Beagles 13 inches tall and under compete in the 13-inch class and Beagles between 13 and 15 inches tall compete in the 15-inch class.The American Kennel Club does not recognise a variety called the Pocket Beagle. Technically, the Pocket Beagle qualifies as a 13-inch Beagle, which is defined by the Beagle breed standard as any Beagle that does not exceed 13 inches in height at the shoulder and usually weighs 15 to 18 pounds.