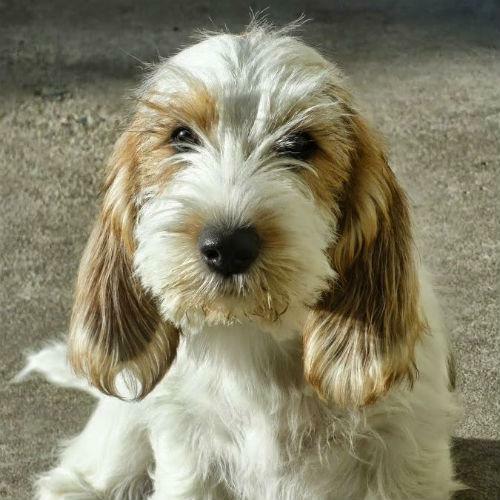 The Petit Basset Griffon Vendéen is a small hound that has won the hearts of millions of people. Although the breed appears to be designed to be friendly, in reality, PBGVs are hardy hunters that were developed for a specific purpose: to hunt small game in the rugged terrain of the French Vendeen region. The breed is known for its cheerful and outgoing personality. Although they are purebred dogs, some may end up in the care of shelters or rescues. Although they are purebred dogs, some may end up in shelters or rescues. However, they have a high energy level and therefore need a lot of exercise. PBGVs can also be stubborn, so they will need constant training with lots of positive reinforcement. If you can provide this dog with plenty of physical activity and care, you will be rewarded with a loving companion for the whole family, even for other resident canines.AniMall24 recommends a dog bed to give your medium-sized Petit Basset Griffon Vendéen a good night’s sleep. You should also choose this interactive puzzle toy to keep your puppy active indoors.

PBGVs are charming and strong headed. PBGVs can be stubborn and difficult to train. Cage training is recommended. Don’t be surprised if the PBGV has a lot to say. PBGVs have a lot of energy and stamina. They need exercise every day. They enjoy a good, long walk, but don’t take them off leash because you never know when their hunting instincts will kick in. Like all hounds, the PBGV is driven by its nose. To get a healthy dog, never buy a puppy from an irresponsible breeder, puppy mill or pet shop. Look for a reputable breeder who tests their breeding dogs to make sure they are free of genetic diseases that can be passed on to puppies and that they have a good temperament.

The Petit Basset Griffon Vendéen is one of the many small varieties of French hounds that were developed a long time ago. The PBGV dates back to the 16th century. Its name is descriptive with “petit” meaning small, “basset” meaning low to the ground, “griffon” meaning wire-haired, and “vendeen” referring to the part of France where the breed originated. This area of France is on the west coast of the country, and is known to be a harsh environment with a lot of undergrowth, rocks and brambles. Although the breed had existed for centuries, breeders did not standardise the breed type until the latter part of the 19th century. The official breed standard was adopted in 1898. In 1907, when the Club du Basset Griffon Vendéen was formed, the same breed standard was used for the Petit and Grand Basset Griffon, the only difference being size. Often, both types were born in the same litter (the large and small Griffons). In 1909, the club rewrote the standard to recognise two types of Basset. The Petit was to be between 13 and 15 inches and the Grand was to be between 15 and 17 inches. In the 1950’s, the Societe de Venerie published a book of standards which included an official breed standard for the PBGV only. Since then, they have been considered a separate breed from the Grands. Many breeders continued to breed Petits with Grands. However, Hubert Dezamy, the third president of the French Basset Club, gained support for a ban. Because of this recent crossbreeding, litters today can include puppies that have characteristics of both Grand and Petit Bassets. PBGVs made their debut at the Westminster Kennel Club show in New York in 1992. The Petit Basset Griffon Vendéen Club of America was formed at the AKC Centennial Show in Philadelphia in November 1984. By the end of 1985, the club’s membership had increased from 11 to 50, and a breed standard had been drafted. On July 1, 1989, the PBGV became eligible to compete in the AKC Miscellaneous class (dogs that can compete in the Miscellaneous class are recognised by the AKC, but are not yet eligible to score points for an AKC championship. It is a sort of proving ground for the breed, and many breeds remain in the Miscellaneous class for several years). On February 1, 1991, the breed received full AKC recognition and was entered in the hound group at that time.