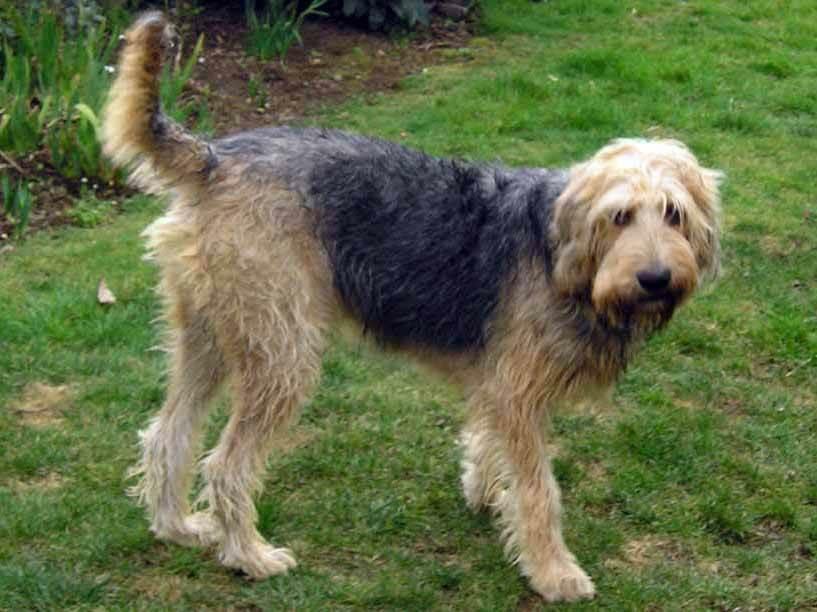 The large, rough-coated Otterhound was originally bred for otter hunting in England. It is a rare breed, with fewer than ten litters born each year in the United States and Canada. Even so, some may end up in the care of shelters or rescues. Consider adoption if this is the breed for you.Otterhounds are also playful clowns, gentle and affectionate with their families. They even adore children and other dogs, and crave playtime and plenty of exercise to burn off their high energy. In fact, flat dwellers will find it very difficult to provide them with enough space to run and move around. But those with room to roam and love to give will be rewarded with an affectionate companion who will never fail to delight their humans with silly antics and fun.AniMall24 recommends a large, roomy crate to give your big Otterhound a place to rest and relax. You should also buy a dog water bottle for any outdoor adventures you have with your pup.

Otterhounds require a great deal of exercise, and not just chasing a ball in the backyard. A vigorous daily jogging or swimming workout of several kilometres is necessary to keep him physically and mentally sound. However, because of the adverse effect of strenuous exercise on joints and growing bones, exercise should be limited among puppies and adolescent Otterhounds (and those with hip dysplasia). Swimming is the best exercise for younger dogs, because the risk of joint injury is minimal.Otterhounds are enthusiastic and barky. But don’t expect yours to be a guard dog: he’s too friendly for that.Don’t let your Otterhound out off-leash in unfenced areas; you never know when he might pick up a tempting scent and run away.Otterhounds enjoy being outdoors, but are better suited to daily life indoors with their families.A fenced yard is a must. Otterhounds have been known to jump fences up to 1.5 metres, so make sure the fence is at least 1.80 metres high.The Otterhound is affectionate, but is also independent. It will not follow you everywhere, begging for attention. He will probably greet you when you get home and then, if he doesn’t need exercise, he will return to his favourite place to sleep.The Otterhound loves food and can become obese if you don’t control his diet. In addition, his incredible sense of smell allows him to locate those special treats you have hidden in the cupboards, and his size and cunning allow him to find a way to get to them.Big dog, bigger expense. Everything for a big dog costs more, from food to grooming to veterinary care.To have a healthy dog, never buy a puppy from an irresponsible breeder, puppy mill or pet shop. Look for a reputable breeder who tests their breeding dogs to make sure they have no genetic diseases that can be passed on to the puppies and that they have a good temperament.

Although it is fairly certain that Otterhounds are descended from Bloodhounds, some think they may also be related to French Griffons because of the characteristic fold of their ears. The breed was developed in England to hunt and destroy otters, which decimated the fish in English rivers. It was first mentioned in the 12th century, during the reign of Henry II. The Otterhound, however, is not mentioned as a specific breed for another 200 years. The Otterhound was used, together with small terriers, to hunt otters on the banks of ponds and rivers. The terriers would flush the otter from its den; when the otter ran into the water, the Otterhound would take over. The Otterhound’s sense of smell is so sensitive that it can follow not only the “wash” (the scent of the otter in the water), but also the “drag”, the trail of the otter on land. The dogs have been known to stay on 12-hour trails and to swim and wade up to 20 miles in a day.With its rough, weather-resistant outer coat; its slightly oily undercoat; its large, webbed feet; and its size, strength and determination, the Otterhound did its job so well that otters were eventually declared a protected species in England. Otter hunting was outlawed in 1982 (although some people then used their Otterhounds to hunt mink). In fact, the Otterhound is said to have been admired by more kings (and a queen) than any other breed. Royal admirers of Otterhounds included Edward II, Henry VI, Richard III, Henry VIII, King John, Charles II, Edward IV, Henry II, Henry VII and Elizabeth I. Otterhound hunting reached its peak of popularity in the years immediately before the First World War. Most of these dogs were not purebred Otterhounds, however, because hunters continued to crossbreed to improve their dogs’ prowess.Otterhounds appear to have been brought to the United States in 1900. The Otterhound Club of America was founded in 1960 and the first national specialty was held in 1981. The Otterhound was officially recognised by the American Kennel Club in 1991.