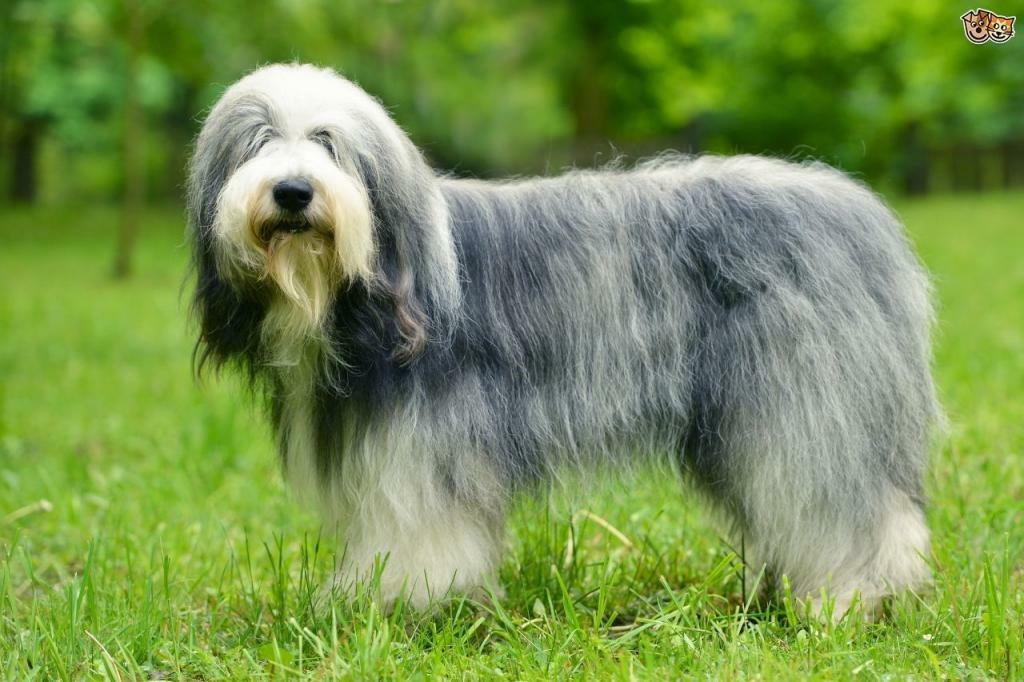 The Old English Sheepdog is a large, athletic dog breed with an unmistakable shaggy coat. The OES, as fanciers call the breed for short, was historically a shepherd that helped farmers drive cattle and sheep to market. Today, this good-natured dog enjoys the comforts of home life and continues to compete in conformation, obedience, agility and herding trials.Although these are purebred dogs, you may find them in the care of shelters or rescue groups. Remember to adopt. The OES is an adaptable and intelligent dog with an easy-going nature. They are affectionate with all members of their family and, despite being large dogs, can adapt well to flat life provided they get enough exercise with walks and play sessions. In addition, their shaggy coat does not tend to shed as much as you might think. If you are looking for a loyal, protective and loving family companion, this may be the breed for you.

Proper training and socialisation are essential for Old English Sheepdogs. They are big, bouncy and enthusiastic, but when young they can be especially unruly. Old English Sheepdogs are not for the neat freaks. They tend to drool and shed a lot. In addition, their heavy coat traps debris and dirt, which ends up on furniture and floors.Originally bred to drive cattle and sheep, the OES is an active breed that requires a lot of exercise.The Old English Sheepdog’s coat is high maintenance. Keeping it clean and tangle free is time consuming and expensive.Separation anxiety is common in the Old English Sheepdog. They live for their families and can become destructive if left alone too long.To get a healthy pet, never buy a puppy from a backyard breeder, puppy mill or pet shop. Look for a reputable breeder who genetically tests their breeding dogs for health and temperament.

Without doubt, the Old English Sheepdog has one of the most confusing origins in the canine world. There is evidence that the breed originated in the south-western counties of England in the early 19th century, although it may owe its origins to the Scottish Bearded Collie or the Russian Owtchar, or some other dog. Owners docked their tails to show that they were sheepdogs and nicknamed them “Bob” or “Bobtail”. The OES became famous in the late 1880s when it came to the United States, where it was owned by a Pittsburgh industrialist named W. Wade. By the 1900s, the breed was owned, shown and bred by only five wealthy families in the United States. This led one show superintendent to advise judges at the 1904 Westminster Show in New York to “take plenty of time; the dogs in the ring are owned by some of our leading Americans.” In 1904, Henry Arthur Tilley founded the Old English Sheepdog Club of America. Tilley and his brother, William Steeds Tilley, were pioneers in the creation of the OES breed standard. Many of the dogs they bred can be found in the pedigrees of today’s OES lines. The American Kennel Club recognised the Old English Sheepdog in 1885. Until the 1950’s, the OES still maintained its status as a rich dog. However, by the 1960s, the breed had moved from being a status symbol to becoming a family pet. By the mid-1970s, 15,000 dogs a year were being registered; but that number has declined as more people have realised the cost and effort required to care for the OES’s wonderful but long coat.