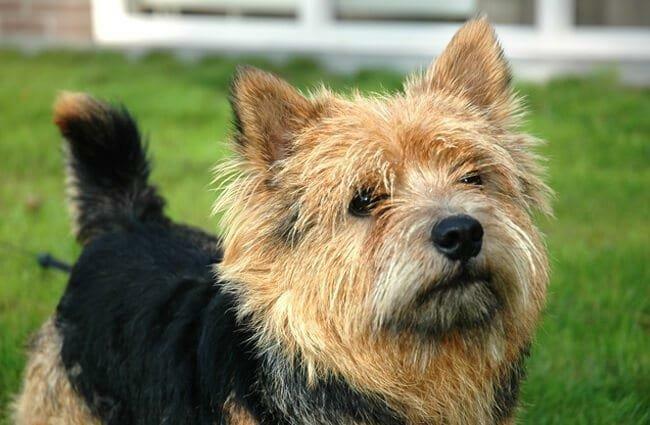 The Norwich Terrier originated as a farmyard ratter, but moved up in the world to flush foxes out of their dens during hunts. Today, they are fun companions who do double duty by keeping your home and yard free of rats and other vermin. Although they are purebred dogs, you can still find them in shelters and rescues. Remember to adopt. These affectionate dogs make excellent flat pets and get along with everyone, including children, other dogs and even strangers who come to your door. But make no mistake. These puppies have a lot of energy and need to be physically active, so they won’t like to be left home alone for long hours. If you give your Norwich plenty of exercise to keep him fit and happy, you’ll have a loyal and loving best friend for life. AniMall24 recommends a carrier for travelling with your little Norwich Terrier. You should also buy a interactive puzzle to keep your puppy active indoors.

Norwich Terriers have a high prey drive and should never be trusted off leash when not in a fenced area.Norwich Terriers require at least two long walks a day to keep them fit and to help them expel excess energy. They are excellent walking companions.Norwich Terriers should have a fenced yard because they will chase any animal they consider “prey”. Underground electronic fences are not suitable for Norwich Terriers because they tend to ignore the shock.Norwich Terriers can be difficult to housebreak and, although they are eager to please, training can be difficult when they are not properly motivated. Be patient, follow a regular schedule, reward them with praise and treats when they relieve themselves outdoors, and crate them when you cannot supervise them indoors.Norwich Terriers can coexist with other dogs and cats, but the breed will generally classify any rabbits, gerbils or other small rodents as prey. Barking is often an indicator that your Norwich Terrier sees something suspicious, is bored or has not had its exercise needs met. The breed is not known for being overly cheerful, but there are exceptions to every rule and all Norwich Terriers will bark if the above occurs.Norwich Terriers can live in flats if given plenty of exercise (of course, this can be said of most dogs).The Norwich Terrier, like many terriers, enjoys digging. Keep in mind that it is easier to train a dog to dig in a specific area than to get him out of the habit of digging.The Norwich is a rare breed and therefore expensive.To get a healthy dog, never buy a puppy from an irresponsible breeder, puppy mill or pet shop. Look for a reputable breeder who tests their breeding dogs to ensure that they are free of genetic diseases that can be passed on to puppies and that they have a sound temperament.

Conservationists concerned: how the war in Ukraine is threatening rare wild animals