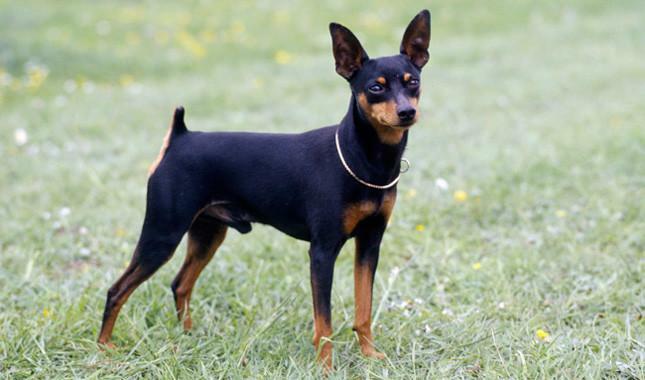 The Miniature Pinscher dog breed was originally bred in Germany to hunt vermin, mainly rats, in houses and stables. Many people believe that they were developed by breeding Dobermans to progressively smaller sizes, and indeed, they do resemble Dobermans. However, the Min Pin is a distinct and much older breed, and although they are purebred dogs, you may find them in the care of shelters or rescue groups. Remember to adopt. Known as the “King of Toys” for his majestic appearance and self-assured attitude, the Miniature Pinscher is a fearless, energetic and alert companion dog who enjoys the company of his family. They can adapt to life in a flat, but because of their high energy, they need plenty of exercise. If you can meet the breed’s needs, you will have a small, loving family member who will keep you active and alert.

Miniature Pinschers are small, hardy dogs, but can be easily injured by rough play. Therefore, they are best suited as pets for older children who have learned to care for a dog properly.The Min Pin is sensitive to cold. Because they were originally bred to hunt vermin, the Min Pin may attack small objects (such as bottle caps), which can be a choking hazard. They may also run after small domestic animals that they perceive as prey. Min Pins have a lot of energy – probably more than you do. They are also very curious. You must supervise your Min Pin constantly, and if you can’t, put it in a cage.You must be willing to take the “alpha” position in your home. If you do not, the Min Pin will gladly assume that role.To get a healthy dog, never buy a puppy from an irresponsible breeder, puppy mill or pet shop. Look for a reputable breeder who tests their breeding dogs to make sure they are free of genetic diseases that can be passed on to the puppies and that they have a sound temperament.

A new reptile has been discovered: it is that of the Chinese legend of the white snake