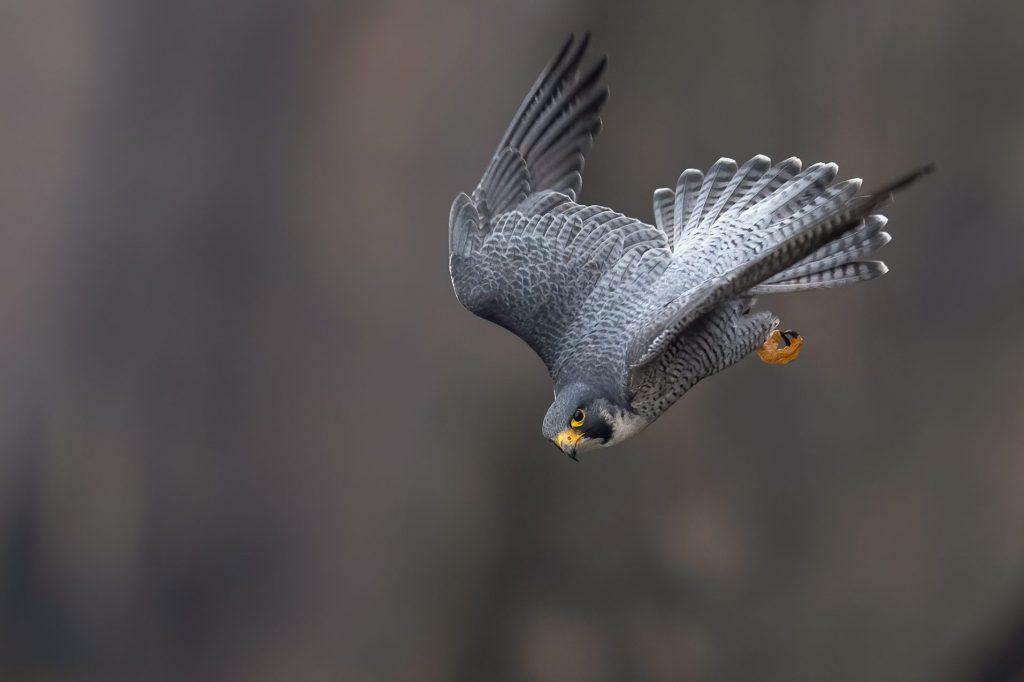 Lives beyond the limits

“Every morning in Africa, as the sun rises, a gazelle wakes up and knows that she will have to outrun the lion or she will be killed.” Thus begins an African proverb made even more famous by the comic trio Aldo, Giovanni and Giacomo in the film So is life. The fastest animals on Earth know that their speed can make the difference between life and death, whether you are prey or predator makes no difference. If some animals have developed strategies and adaptations that allow them to face life slowly, others have enhanced skills that would make even Usain Bolt pale, with his 45 kilometers per hour he is the fastest man in history.

If you think that the cheetah is the fastest animal of all, you are very wrong: it is not even in the top 10. It is elsewhere that real supersonic speeds are touched. Even if it is difficult to establish an objective ranking of speed without taking into account the morphological, dimensional, environmental and locomotion differences, we like the rankings. So buckle up and hold on tight, here are the fastest animals on Earth, strictly in order of speed. 12th place – Cheetah

We could not fail to start this ranking with the cheetah (Acinonyx jubatus), the undisputed symbol of speed. This agile and elegant carnivore is the fastest animal on land, although not everyone agrees on the figures. Over the years, several estimates have been made ranging between 98 and 128 km per hour, however the highest data recorded with certainty belongs to Sarah, an 11-year-old cheetah who lived in the Cincinnati Zoo. In 2012, she set the world record by running 100 meters in 5.95 seconds, hitting a top speed of 98 km per hour. These incredible speeds allow the cheetah to catch prey just as fast as the agile gazelles, which are capable of running up to 80km per hour. However, her pursuits usually last less than a minute, as it is really difficult and expensive to maintain such high speeds over long distances.

Most reliable estimated maximum speed: between 109 and 120 kilometers per hour.

It is in the air that the most incredible speeds of the entire animal kingdom are touched. The gray-headed albatross (Thalassarche chrysostoma) is a large seabird that lives around the Antarctic polar circle and spends most of its life at sea, looking for molluscs, crustaceans and fish, its favorite prey. It has a wingspan of over two meters and can spend several hours in flight without ever stopping. In 2003, an individual equipped with GPS flew for nine consecutive hours without stopping, reaching an estimated maximum speed of at least 127 km per hour. However, the flight was “facilitated” by the strong Antarctic winds in favor. Unfortunately, like many other species of albatross, the grayhead is also considered to be in serious danger of extinction, witnessed by the sharp decline in the number of populations in recent decades.

Ducks, geese and swans have nothing to envy to anyone in terms of flight speed. It is estimated that the fastest goose of all is the spur-winged goose (Plectropterus gambensis), a large aquatic bird that lives in the wetlands of sub-Saharan Africa. They are the largest waterfowl in Africa and males can reach up to 2 meters in wingspan. Like other gregarious birds, they often move in very large groups and it is estimated that they can fly up to 143 km per hour.

Did you ever expect to find a gadfly among the fastest animals on Earth? The gadflies are a group of insects belonging to the order of Diptera, the same as flies, mosquitoes and moss. They are generally bloodsucking and suck the blood of large herbivorous animals such as horses. They are exceptionally agile and fast flyers, especially one species: Hybomitra hinei. Using slow-motion shooting techniques it was possible to calculate the speed of a male as he chased a female in an attempt to persuade her to mate. The incredible calculated speed of this gadfly in love reached 145 km per hour. Not bad for an insect a little over an inch in size.

Domestic pigeons (Columba livia domestica) were selected by man in ancient times. For centuries they have portato messages around the world, even during the world wars. In fact, dozens of valiant pigeons have received medals and awards for the precious services offered to humanity. Among the many varieties selected for aesthetic or food purposes there are even those used for sport flight competitions. In one of these real full speed races, a pigeon managed to reach a top speed of 148.9 km / h.

The frigates are real sprinters of the skies. They are seabirds that fly over tropical and sub-tropical waters around the world, where they can spend weeks looking for food without ever landing. Five different species are known, all exceptionally adapted to a life almost perpetually in flight. They are the birds that have the largest wings ever in relation to the size of the body: they are long and pointed and can exceed 2 meters in span. This allows it to whiz at incredible speeds that can go up to 153 km per hour. Speed ​​has a very specific purpose: in addition to being skilled hunters of small fish and cephalopods, frigates are known to be unscrupulous looters. They may attack other seabirds such as gannets and seagulls to force them to regurgitate the food they have caught. This stealing predation technique is called kleptoparasitism.

he bat Tadarida brasiliensis is a very common small bat in both North and South America. Like many other bats, it is insectivorous and feeds mainly on moths, beetles, flies and dragonflies which it finds in the darkness of the night thanks to echolocation. But the peculiarity that makes this species unique is its incredible speed in horizontal flight. According to a study published in 2016, these small flying mammals could even reach 160 km per hour. This figure would crown the little American bat not only as the fastest mammal of all but also the animal with the fastest horizontal flight ever, at least according to published data. Really not bad.

With the lodolaio (Falco subbuteo) we finally introduce the fastest group of birds: the birds of prey. This little red-legged hawk is a migrant that breeds in Asia and Europe. It specializes in capturing equally fast and elusive prey in flight such as dragonflies, other insects, and even small birds or bats. When it closes its wings and swoops it can reach 160 km per hour and this allows it to catch even swallows or swifts, passerines famous for their agility and dexterity in the air. The prey, once caught in the claws, are eaten while it is still in flight. Small curiosity: the name of the famous table football simulator, the subbuteo, is inspired by this species. The creator, Peter Adolph, was in fact an ornithologist and when he was not allowed to register the hobby name for the game he chose the Latin name of the hobby, which in English is called his hobby.

Swifts are real machines built to fly. They spend most of their life flying, even when they sleep. Obviously they also manage to mate in flight and it is precisely during the chases and the nuptial flights for mating that they reach the highest speeds. Darting and screaming like mad among the ancient buildings of the historic centers, the common swifts (Apus apus) manage to exceed 110 km per hour. But the absolute fastest speeds among swifts seem to belong to another similar species, the tailed swift (Hirundapus caudacutus). According to some estimates, they are capable of reaching 169 km per hour. However this data, which would allow the title to be stolen from the bat Tadarida brasiliensis for horizontal flight, is not universally accepted, since the methods used for the estimation have never been published.

Our top 3 begins with one of the most beautiful birds of prey ever: the gyrfalcon (Falco rusticolus). It is the largest falcon in the world and lives around the Arctic Circle. Like all other hawks, it is an exceptional predator that focuses on speed to capture its prey, which can be both small mammals and other birds. Raptors are undoubtedly the fastest animals on the planet but establishing with certainty what speeds they can touch is certainly a difficult undertaking. According to a specific study on this majestic and beautiful bird of prey, the maximum speeds reached could be between 187 and 209 km per hour.

Estimated maximum speed: between 187 and 209 km per hour.

In second place we find the majestic golden eagle (Aquila chrysaetos). It is a versatile and exceptional predator, and mainly hunts small mammals that it can track down from incredible distances thanks to its exceptional sight. It is also one of the most skilled birds of prey to juggle in flight with spectacular maneuvers made of sudden dives and spectacular turns. When swooping in after spotting prey, a golden eagle can reach an astounding speed of between 240 and 320 km per hour. This makes the golden eagle one of the two fastest living animals on the planet.

Estimated maximum speed: between 240 and 320 km per hour.

But the scepter of undisputed champion of speed of the whole animal kingdom belongs to the amazing peregrine falcon (Falco peregrinus). This bird of prey is a real air-to-air missile and feeds mainly on medium or small birds such as pigeons, passerines or water birds. The prey are hit like a bullet and seized on the fly at the absurd speed of over 320 km per hour in a dive. Thanks to its incredible aerodynamics in flight it has no equal, and its extraordinary aerial capabilities are constantly studied and are a source of inspiration for new and increasingly modern technologies, which will serve to improve the flight performance of aircraft.