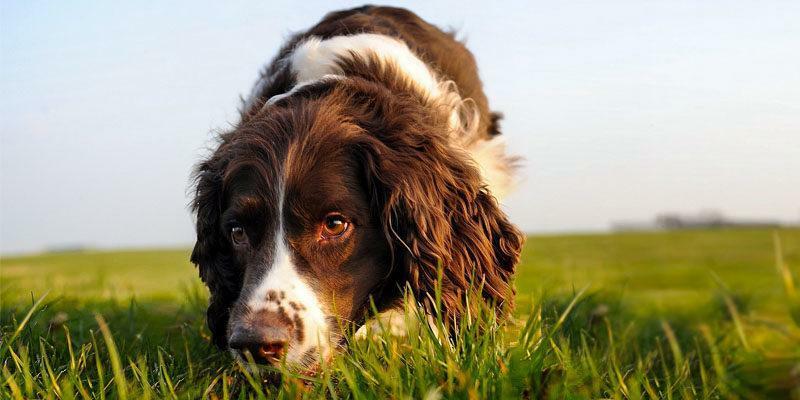 For the dog to be able to leave the house and smell the smells is the greatest interest in life from a social point of view. The smells allow him to recognize himself, get to know others and map the territory. We must modulate without ever inhibiting this behavior, except in emergencies.

While doing our utmost to organize an ideal routine for our dog, we cannot deny that we have little time available. Between work, shopping, household duties, children and not being able to biologically give up the hours of sleep, the time we have left is objectively little. Most of us, except the lucky ones, can only go out with the dog in our spare time. For this reason, to optimize what little we have available, it is advisable not to travel by car, especially during the morning. With this choice, we will also contribute as human beings to respect the environment and as individuals to benefit from it in terms of health.

Why do dogs mark their territory with urine and feces

Going out for a walk along the streets that branch off from your home allows the dog to structure a mental representation of the habitat that surrounds it. To become aware of the complexity of the map of its territory, the dog will have to map the traceable itineraries within it, making them daily and activating all the senses at his disposal. Through the markings with urine and feces it will fix its spatial coordinates. By depositing organic traces of itself, the dog will release residual hormones, pheromones and metabolites from the digestive process. A strictly personal, unique and characteristic aroma that will allow him to recognize himself, retracing the same paths, and to be recognized by others. The dog is so interested in exploring the markings for the social value they possess and it is therefore essential to let them do it. In this sense, I would like to reassure you that especially when it comes to faeces, (excluding cases of coprophagia), dogs limit themselves to sniffing them.

Why do dogs lick other people’s urine

Male dogs, on the other hand, often deepen the exploration of urine by licking it. When they do, they touch the wet spot with the tip of the tongue to test its flavor (perception halfway between taste and smell) and thus activate the receptors of the pheromonal molecules found in the mouth. For this set of reasons we will have to modulate without ever inhibiting the exploration that our dog makes of the smell of other dogs and censor the action of marking only when it is done on disrespectful places such as the doors of houses, the windows of houses, the entrances to the shops. The same yardstick should be adopted when the dog stops to graze the wild herbs, trying to soothe digestive disorders. Net of everything we have said so far, we should be based on a simple criterion: when we dedicate the outing to the dog we must have the patience to wait for him while he focuses on his interests.

Why do dogs smell everywhere when they go for a walk

Having always lived in the city, too many times I see people dragging the dog away from the smells by pulling him by the neck. This scene upsets my sensitivity like the gratuitous violence exercised against a human being. What I do, as a person and as a dog trainer, is not judging the other who performs actions that I do not agree with, but I try to understand the reasons behind that questionable behavior. In this sense, I believe that the reason why people get rid of the odors on a walk has its roots not only in hygiene but goes even deeper, in the evolutionary function of walking for the human being linked to the advantage and gratification that we derive by reaching a goal or completing a path. Perhaps this is why we humans in the long run perceive dog stops as a waste of time that separates us from our goal. As usual, comparative ethology can help us understand. Let’s try to imagine being able to walk along a street where there are, one after the other, shops that display and sell goods that we are very passionate about. Take a street in the Land of Toys, being able to have a large amount of money to buy everything we want. In this case, how long would it take to do even just a hundred meters? For the dog to be able to leave the house and smell the smells is his greatest interest in life from a social point of view.

Knowing how to distinguish the dangers: when it is right to pull the dog away from what interests him

This is not to say that in an emergency it is not right to take away the dog that is about to ingest something dangerous for its health. For example, if the dog wants to put pieces of glass, ceramic, plastic, paper handkerchiefs or more generally something obviously inedible into his mouth. This does not mean that we will never allow them to smell or ingest food residues accidentally found on the ground or drink the water from puddles after a rainy day. After many years of work and experience lived alongside my dogs I can assure you that it is absolutely counterproductive to have the claim that the dog never eats any scraps of food found on the ground or does not stop to smell small objects that intrigue him along the sidewalk. . Inhibition has too high a cost within the relationship to pay in terms of control, competition and anxiety. Too high, compared to the real risks involved. Always pulling the dog away, especially as a puppy when it is with its nose a few centimeters from the object of interest, will only increase the intensity and speed with which it will do it the following times. It will trigger a competition process between you and him that will lead the dog to interpret these situations in a competitive and possessive way. In a puppy, inhibition can lead to the evolution of possessiveness in taking in the mouth and swallowing. At that point there will be trouble!

Read More »
PrevPreviousAnimals in the city
NextIn Spain, pets will no longer be considered “things”Next