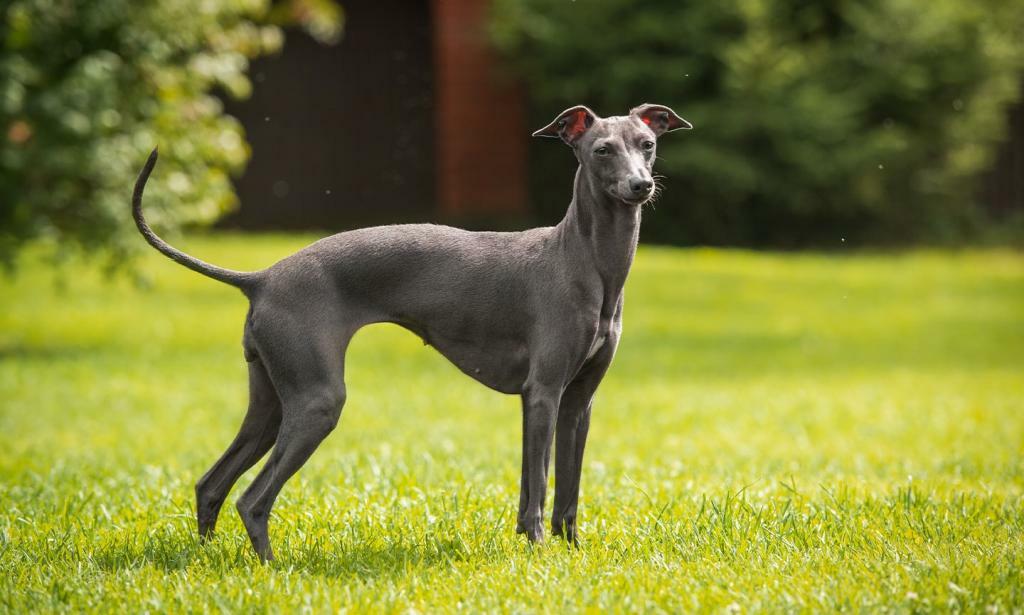 The Italian greyhound breed was the favourite companion of noblewomen in the Middle Ages, especially in Italy. But this little hound was more than just a lap dog, having the speed, stamina and determination to hunt small game. Today, it is a family dog whose beauty and athletic ability is admired at shows and in obedience, agility and rally competitions. Although these are purebred dogs, you can still find them in shelters and rescues. Remember to adopt. Italian Greyhounds adapt well to flat life and are affectionate companions to everyone in the house, including children and other dogs. Even novice pet parents will fall in love with these easy-to-care-for puppies. However, they do not take well to being left alone in the house for many hours a day. They are very sensitive and need companionship. If you give your puppy the love it deserves and give it some vigorous play and exercise, you will have your best furry friend.

Italian Greyhounds were bred to hunt and still have the hunting instinct. They will chase anything that moves, including cars, so when outdoors keep them on a leash or in a fenced area.This breed is sensitive to drugs such as barbiturate class anaesthetics and organophosphate insecticides. Make sure your veterinarian is aware of these sensitivities and avoid using organophosphate products to treat fleas in your home and garden.Italian Greyhound puppies are fearless and believe they can fly. Bone breaks are common in puppies between four and 12 months, especially of the radius and ulna (the bones in the front legs).Although intelligent, Italian Greyhounds have a short attention span and a “what’s in it for me?” attitude towards training. Keep training sessions short and positive, using play, treats and praise to motivate your Italian Greyhound to learn. This breed can be extremely difficult to housebreak. Even if you follow a religious training programme, your Italian Greyhound may never be totally reliable in the house. It is useful to have a dog door, so that your dog can come and go as he pleases. And if your dog gives you signals that he needs to go out, take him out right then and there: they are not good at holding on.Italian Greyhounds need a lot of love and attention, and if they don’t get it, they will become shy or hyperactive.To get a healthy dog, never buy a puppy from an irresponsible breeder, puppy mill or pet shop. Look for a reputable breeder who tests their breeding dogs to make sure they have no genetic diseases that can be passed on to the puppies and that they have a healthy temperament.

The Italian greyhound is an ancient breed, and dogs like it may have existed for more than two millennia. Miniature greyhounds appear on 2,000-year-old artefacts from what are now Turkey and Greece, and archaeological excavations have turned up small greyhound skeletons. Although the original purpose of the breed has been lost to history, it is possible that the Italian greyhound served as a small game hunter in addition to its companion functions. By the Middle Ages, the breed had reached southern Europe and was popular with the aristocracy, especially in Italy, hence its name. Many Italian greyhounds were immortalised, along with their owners, in portraits by famous artists such as Pisanello and Giotto di Bondone.In the 1600s the Italian greyhound arrived in England, where, as in Italy, it found many followers among the nobility. Royal owners over the centuries included Mary Queen of Scots, Princess Anne of Denmark, Charles I, Frederick the Great of Prussia and Queen Victoria, during whose reign the breed reached its peak of popularity.The American Kennel Club registered its first Italian Greyhound in 1886, and American breeders began to establish the breed in the United States. Although the American population of Italian Greyhounds was small, they may have helped save the breed from extinction. During World Wars I and II, when dog breeding became an unaffordable luxury for most people, the number of Italian Greyhounds in England declined dangerously. Whenever the wars ended, British breeders used those American-bred Italian Greyhounds to restore the breed in Europe.Today the Italian Greyhound is enjoying a second renaissance, as modern dog owners rediscover the small, elegant hound that has delighted their human companions for at least 2,000 years.