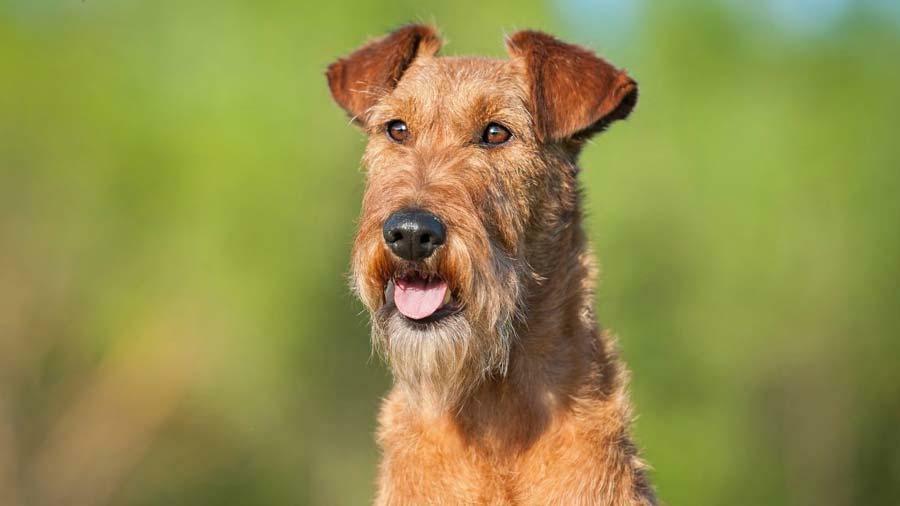 The Irish Terrier dog breed was once described as “the poor man’s sentinel, the farmer’s friend and the gentleman’s favourite”. Rugged and stout-hearted, it has the advantages of a comfortable size, versatile abilities as a companion, watchdog and vermin dispatcher, and a great trainability; although they are purebred dogs, some may end up in the care of shelters or rescues. Irish Terriers are very affectionate with the humans in their lives, although they may prefer to be the only pet in the home. Early socialisation can help them adapt to other dogs and pets. This breed is also very energetic and needs a good amount of exercise. Flat dwellers and those who must leave the house for many hours a day may find it difficult to meet the physical needs of the Irish Terrier. But if you can provide plenty of attention, patience and room to move around, you’ll have a loving companion for life.AniMall24 recommends a dog bed to give your medium-sized Irish Terrier a good night’s sleep.You should also pick up a dog de-shedder for your high shedding puppy!

Irish Terriers will not necessarily get along with any other dog. Irish Terriers can be stubborn and will dig if your yard has moles or other rodents. Irish Terriers can be barkers. Irish Terriers should have regular opportunities to burn off their energy. The Irish Terrier needs mental challenges such as training and play to thrive. To get a healthy dog, never buy a puppy from an irresponsible breeder, puppy mill or pet shop. Look for a reputable breeder who tests their breeding dogs to make sure they have no genetic diseases that can be passed on to puppies and that they have sound temperaments.

The Irish Terrier is probably one of the oldest Terrier breeds and may have as one of its ancestors the now extinct black and tan Terrier and a larger wheaten coloured Terrier. It emerged as a recognised breed in 1875 or so at a dog show in Glasgow, Scotland, of all places. By 1879, two Irish Terriers, Ch. Erin and Killney Boy, were producing many champions and are considered the foundation of the breed. 1880s was a banner decade for the Irish Terrier. During that time, they were the fourth most popular breed in Britain. They were also the source of a controversy that brought about a major change in the appearance of British dogs. It had been common practice to clip the ears of terriers and some other breeds, but in 1889 the Irish Terrier Club required all dogs born after a certain date that year to have unclipped ears if they were to be shown under Kennel Club rules. This caused an outcry, but ultimately resulted in the banning of ear cropping for any breed in Britain. The first Irish Terrier was exhibited at the Westminster Kennel Club show in 1881, and the first Irish Terrier registered with the American Kennel Club was Aileen in 1885. The Irish Terrier Club of America was founded in 1896. In World War I, Irish Terriers distinguished themselves as messenger and sentry dogs, receiving much praise for their courage and loyalty. The Commandant of the British School of War Dogs, Lieutenant Colonel E. H. Richardson, wrote of them: “Many a soldier is alive today because of the efforts of one of these Terriers. …. They are extraordinarily intelligent, faithful and honest, and a man who has one as a companion will never lack a true friend.” Given their excellent qualities, it is surprising that the Irish Terrier has slowly lost its popularity. It is rarely seen at shows, except for specialist shows, which are well attended, but its popularity may be given a boost by the 2007 film Firehouse Dog. The Irish Terrier is ranked 123rd out of 155 breeds and varieties registered by the AKC.