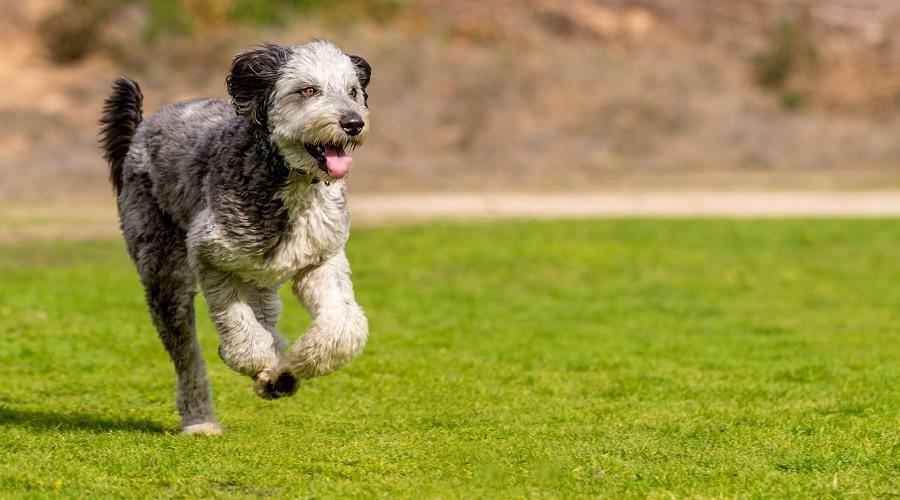 The Huskydoodle is a mixed breed dog, a cross between the Siberian Husky and the Poodle dog breeds. Highly intelligent, energetic and sociable, these puppies inherit some of the best traits of their two parents.Huskydoodles go by various names, such as Siberpoo, Poosky, Siberian Poodle and Huskypoo. Despite their unfortunate status as a designer breed, you can find these mixed breed dogs in shelters and breed-specific rescues, so remember to adopt. These incredibly active puppies make great dogs for equally active owners. While they can thrive with a high-energy person in an urban environment, they are better suited to homes with a larger amount of space, such as a yard, and more than one human. If you want a playful dog that will make sure you hit your stride, and love you unconditionally, this may be the dog for you.

The Huskydoodle dog breed may have existed naturally over the years, but designer breeders began to intentionally mix Siberian Huskies and Poodles in the late 1990s, probably in North America. Breeders wanted to combine the hard-working status of the Siberian Husky and, at the same time, find a way to avoid blowing or seasonal shedding. Poodles are often used in hybrid dog breeds to make the offspring’s coat less prone to shedding or allergies. Breeders continued to create Huskydoodles as the demand for mixed breed puppies increased, although Huskydoodles began as a designer breed, some have ended up in shelters or in the care of rescue groups. If you decide this is the mixed breed for you, consider adoption. Check local shelters, research Huskydoodle rescues, or check with breed-specific Siberian Husky or Poodle rescues, as they sometimes take in mixed-breed dogs and find homes for them.