When the war started, Larysa Frisby was visiting her family in Arkansas (USA). Her cat Persik had stayed with her cousin in Odessa. Larysa feared she would never see the animal again. But now there was a wildly emotional happy ending…

The animal drama began in February: Larysa Frisby was thousands of kilometers away when the Russian army invaded Ukraine. The young woman from Odessa visited relatives in the USA. But even though she was safe herself, her thoughts turned to fear for her family – and her cat Persik, who was also still in Ukraine.

Because Larysa Frisby had given Persik to her cousin during her trip, who lovingly took care of the kitty. Then the first bombs fell and the cousin only wanted one thing: get away! Together with a friend he managed to escape to Warsaw. He only had the essentials with him – and Persik!

Kelly promised: I’ll bring your cat to you!

Larysa Frisby was overjoyed at first – both were now safe. But then she wished for only one thing: a reunion with Persik. That’s why she turned to the US aid organization “Humane Society International”. The organization supports pet owners in Poland, Romania, Germany and Italy who have fled or want to flee the Ukraine war.

And Larysa Frisby was lucky, as reported by The Animal Rescue Site . Kelly Donithan, the organization’s director of animal disaster relief, was currently working in Poland. There she learned about Persik’s story. She got in touch with Larysa Frisby via social media. And promised her: I’ll bring your cat Persik to you!

Emotional reunion at the airport

And then everything happened very quickly: Since Persik was fully vaccinated, had a microchip and even a pet ID card, she was allowed to set off for the USA. So Kelly Donithan flew to Boston with the cat. From there, Persik, which means peach in Ukrainian, continued by plane via Chicago to Arkansas. Larysa Frisby was already waiting for her cat at the airport…

Even in the darkest of times, pets matter

For Kelly Donithan, too, the reunion of Persik and her mistress was a special moment: “This unique story is a symbol of what the ‘Humane Society International’ saw in the midst of the chaos and trauma of this war: Strangers and communities come together to support each other to help each other in any way we can.”

Your organization is not the only one caring for people and pets from Ukraine during these terrible times. Just recently there was a touching reunion in Ireland . Violetta had fled there with her family. But on the journey, the 86-year-old had to leave her beloved dog Tasha in Romania. Helpers brought the twelve-year-old bitch across eight borders to Ireland – to Violetta.

Violetta and Tasha’s reunion was “really a very emotional moment,” says helper Debbie Deegan. “Violetta immediately started crying. And to be honest, we all cried.” It was an affair of the heart for her.

And so does Kelly Donithan: “Even in the darkest of times, it shows how important pets are to their families”. 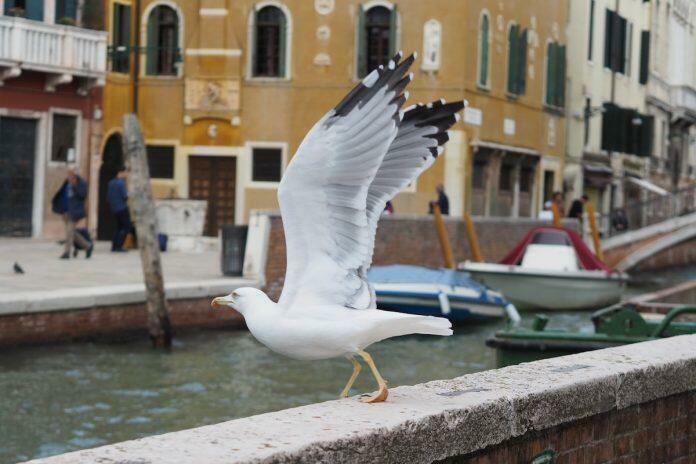 To drive away seagulls: Hotel guests in Venice are given water pistols

Seagulls are omnipresent in Venice and often show their bold side. They wreak havoc on restaurant tables, on hotel balconies and even on the heads

United States
We use cookies to ensure that we provide the best user experience and relevant ads that help us maintain our website. If you continue to browse our website your acceptance will be implicit. AniMall24 uses various services and technologies for data analysis, retargeting, and to provide you with personalized content and ads on AniMall24, as well as on third-party websites. You can find more information about how this information is used, including by third parties, in settings and in our Privacy policy. By clicking "Accept," you agree to these terms. You can decline the use of these services and technologies or update your preferences at any time. You can also revoke consent at any time by sending a Private Data Deletion Request to info@animall24.com.Accept