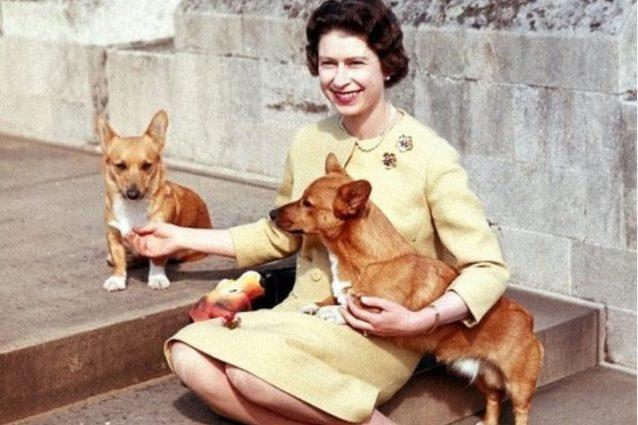 His name was Fergus and he was just 5 months old. He was one of the two dorgi of her Queen Elizabeth, which had been given to her by Prince Andrew of her, to try to distract her from the worries and illness of her husband, Prince Philip of her, seriously hospitalized. The puppy died suddenly, leaving His Majesty to face new pain.

After all, how much the queen loves her dogs is known to the whole world: a passion that began as a child when she was given the first Corgi of her life when she turned 18. Susan, this is the name of her, would have been the first of over 30 “royal Corgi” lived with the sovereign during her entire life.

Animals that Elisabetta, as told in the book Pets by Royal Appointment, has always treated practically like her children: in fact, in the palace there would have been the “Corgi room” and the dogs, it is said, dined on food prepared by the chefs. The highest number she came up with at the same time is nine, all with funny names: Crackers, Smoky, Brandy and Vulcan for example.

Now she was left alone with Candy and, even though she was convinced not to take others because of her age, when Fergus and Muick arrived, Her Majesty just couldn’t say no, falling in love with her immediately. So much for her to be able to take them for a walk every morning in the park of Windsor Castle. “The queen is devastated,” royal biographer Penny Junor told the Sun. The two of her Dorgi of her, in fact, were the only ones able to make her feel less alone in this difficult moment, according to sources close to her.

All the Queen’s Corgi

The queen has had dozens of Corgi and Dorgi over the years. From the various stories she has always shown very clearly how dogs have never been simply animals, but fundamental figures in her life, always so organized and, above all, solitary. The name Fergus was given in honor of the queen’s uncle, Fergus Bowes-Lyon, a captain who died very young at just 26 years of age during the First World War. Muick, on the other hand, took the name of a pond near the castle of Balmoral, in Scotland, much loved by Elizabeth. Old Candy and puppy Muick remain in Windsor now.

Corgi and Dorgi what difference?

They look a lot alike, but they’re not the same breed. In fact, the Dorgi is a Welsh Corgi crossed with a Dachshund. Fergus and Muick are Dorgi. Queen Elizabeth’s dogs at first were all Corgi breed. The Dorgis arrived later, when one of the sovereign’s dogs mated with a Dachshund who lived with Princess Margaret.

Dorgi have short hair and a variety of colors ranging from gold to brown to black. Their physical constitution, with very elongated and flattened spine, often leads to health problems, the most typical of which is hip dysplasia.