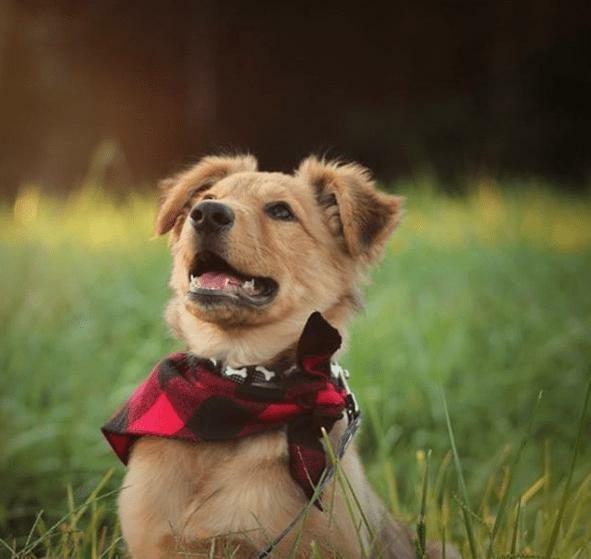 The Golden Shepherd is a mongrel dog, a cross between the Golden Retriever and German Shepherd breeds. Large, energetic and loyal, these puppies inherit some of the best qualities of both their parents. Despite their unfortunate status as a designer breed, you can find these mixed-breed dogs in shelters and breed-specific rescues, so remember to adopt. Golden Shepherds are not a good choice for novice pet owners, but if you are an experienced dog parent looking for a watchdog and family companion, this puppy may be for you. Large homes with yards are ideal, but not necessary, as long as they get plenty of exercise. Although Golden Shepherds are not excessively barky, they will become alert when strangers approach. However, they should not be left alone for too long, or they may become bored and destructive.

Golden Shepherds are mixed breed dogs. The main colours of golden shepherds are black, tan, red, cream and blue. Although they are not a good choice for allergy sufferers, their coat is fairly easy to care for. One good brushing a week is enough. The Golden Shepherd not only adores children, but enjoys the fuss they cause. They will be delighted to attend a child’s birthday party, and may even get them to wear a party hat. As with all dogs, though, play with children should always be supervised. If a golden shepherd has been exposed to other dogs, cats and small animals and has been trained to interact with them, he will also be friendly with other pets. Make sure your dog is walked at least one hour a day. The golden shepherd is a very mouthy dog, and is happiest when it has something, anything, to put in its mouth. They are also chewers, so be sure to have sturdy toys available at all times.

The golden shepherd mixed breed may have existed naturally over the years, but this specific mixed breed began to gain attention in 2009. Breeders wanted to blend the two parent breeds to minimise the health problems that plague many purebreds, as well as to create the ultimate family companion and guard dog. Although Golden Shepherds started out as a designer breed, some have ended up in shelters or in the care of rescue groups. If you decide this is the dog for you, consider adopting. Check local shelters, look for golden shepherd rescues, or check with breed-specific German shepherd and golden retriever rescues, as they sometimes help rehome mixed breeds.Golden shepherds are recognised by: Designer Breed Registry (DBR)American Canine Hybrid Club (ACHC)Dog Registry of America, Inc. (DRA)International Designer Canine Registry (IDCR)