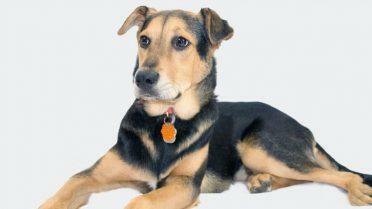 The German Shepherd is a mongrel dog, a cross between the German Shepherd and Labrador Retriever breeds of dog. Large, energetic and loyal, these puppies inherit some of the best qualities of both their parents. Despite their unfortunate status as a designer breed, you can find these mixed breed dogs in shelters and rescues, so remember to adopt. Don’t buy! German Shepherds are not a great choice for novice pet owners, but if you’re looking for a watchdog and family companion, step up! Large homes with yards are ideal but not necessary, as long as they get exercise. Although Shepradors are not excessively barky, they will become alert when strangers approach. They are protective of their loved ones and gentle with people, children and other dogs. However, do not leave them alone for too long, or they may become bored and destructive. Read on to learn more about the German Shepherd.

The German Shepherd is a mixed breed dog. The main colours of the German Shepherd are black, white, red, cream, blue and grey. Although they are not a good choice for allergy sufferers, their coat is very easy to care for. Many German Shepherds love to run and play in the snow. Their double coat also helps to keep them cool during the hot summer months. Like all Retrievers, the German Shepherd is a very talkative dog, and is happiest when it has something, anything, to put in its mouth. They can easily become edgy, depressed and frustrated, which will lead to undesirable behaviour.