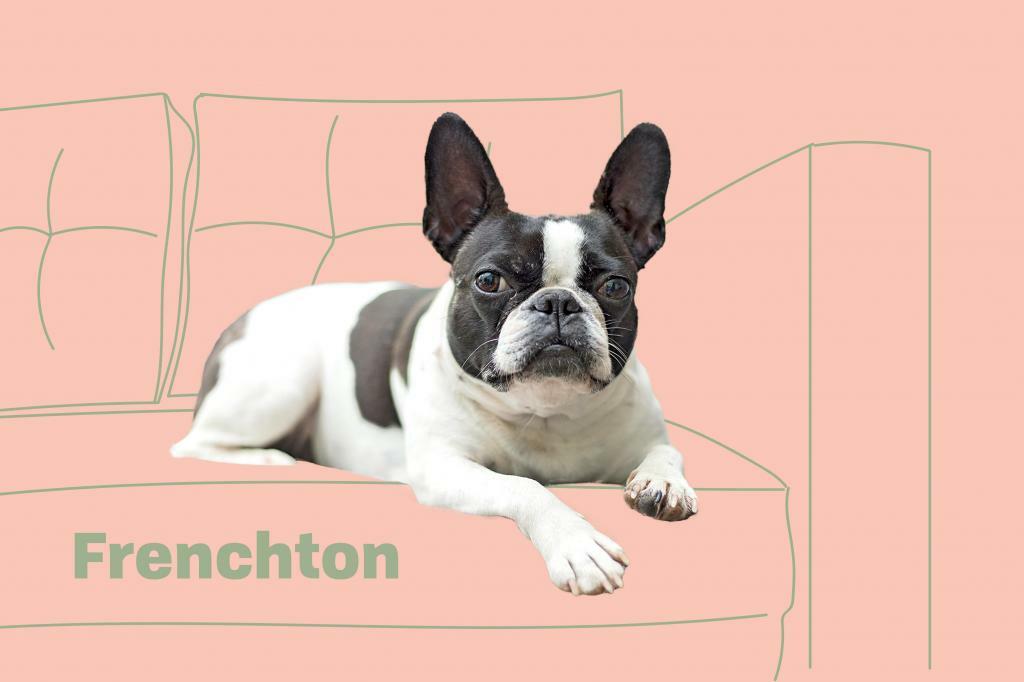 The Frenchton is a mixed breed dog, a cross between the Boston Terrier and the French Bulldog. Hardy, sociable, playful and calm, these puppies inherit some of the best qualities of their two parents.Frenchtons are also called Frenchbo, Faux Frenchbo and Froston. Despite their unfortunate status as a designer breed, you can find these puppies in breed-specific shelters and rescues, so remember to adopt. These outgoing pups are a delight. They are easy travel companions and could accompany their families on any adventure. With lots of love and a few activities, a Frenchton would easily fit into a small flat. However, if you work long hours and would be away from your puppy, this would not be the right dog for you. But if you work in a place that allows you to take your puppy with you, this relaxed dog will love to accompany you and hang out wherever you are.

The Frenchton mixed breed may have existed naturally over the years, but designer breeders began intentionally mixing French Bulldogs and Boston Terriers to create a healthier French Bulldog, as several years of inbreeding can take its toll on genetics and health.While there may not be much established history for mixed breed dogs, you can learn more about them by learning about their purebred French Bulldog and Boston Terrier progenitors.French Bulldogs originated from the United Kingdom, where breeders wanted to create a small English Bulldog. Many owners of French Bulldogs emigrated to France and brought their adorable puppies with them. The Americans found them as charming as the Europeans, and the puppies soon arrived in the USA, gaining a place in the American Kennel Club in 1886.Boston Terriers originate from Boston, MA, but it is unclear where the Boston Terrier ancestry goes back before that date.Although Frenchtons started out as a designer breed, some have ended up in shelters or in the care of rescue groups. The Frenchton is recognised by the Hybrid Club (ACHC), the Designer Breed Registry (DBR), the Designer Dogs Kennel Club (DDKC) and the International Designer Canine Registry (IDCR).