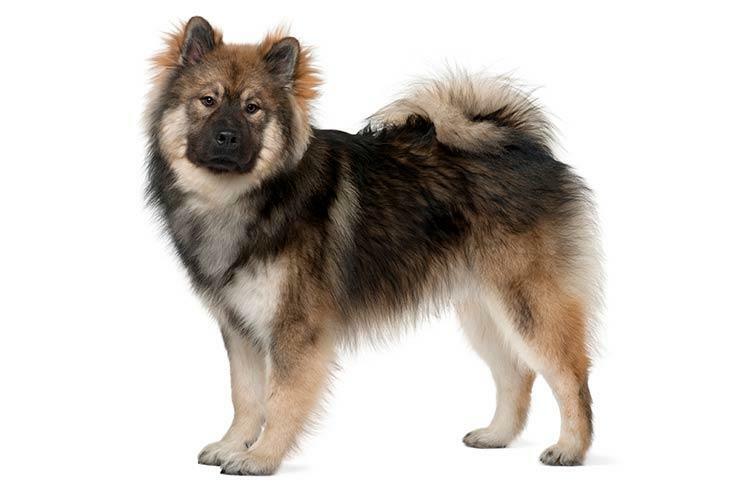 The Eurasier is a medium sized breed of dog of the Spitz type that first came from Germany. These dogs are known to be very intelligent, loyal, and even-tempered. Eurasiers can go by many other names such as Eurasian, Eurasian Spitz, Eurasian Dog, and especially, Wolf-Chow. You can find Eurasier dogs in shelters and breed-specific rescues, so remember to adopt. These dogs are very solid, pack-oriented guard dogs, making them ideal for those with families and even children. However, Eurasiers do not do well when left alone, especially in a room. They do best when part of a family and, when left alone, can become anxious and depressed.

The Eurasier is a purebred dog descended from the Spitz type dogs that originated in Germany.Eurasiers’ coats are often a mixture of their Chow Chow and Wolfspitz’ coats and descendants’ colours. The main colours of Eurasiers are black, black and tan, fawn, red, and wolf sable.eurasiers are known to be quite allergic. Most Eurasiers eat in a controlled manner, are not usually subject to overeating, and take food by hand in a very delicate manner, they are soft-mouthed.Eurasiers are very family oriented dogs. They are good watchdogs, but generally do not act aggressively towards strangers.

The German breeder Julius Wipfel started mixing Chow-Chows with Wolfspitz dogs, and later with Samoyeds, in the 1960s. The mixture resulted in the modern Eurasier, although the breed was originally known as Wolf Chow. In 1973, the Federation Cynologique Internationale, an international federation of national kennel clubs, recognised the breed as Eurasier, a name chosen to reflect its European and Asian origins. The United Kennel Club (UKC) recognised the Eurasier in 1996 as a Northern breed. Although these dogs are popular in Germany and Switzerland, they are less well known in the United States. The American Kennel Club (AKC) currently classifies the Eurasier as a foundation service breed. If you are interested in taking home a Eurasier, be sure to check with breed-specific shelters or local shelters and adopt.