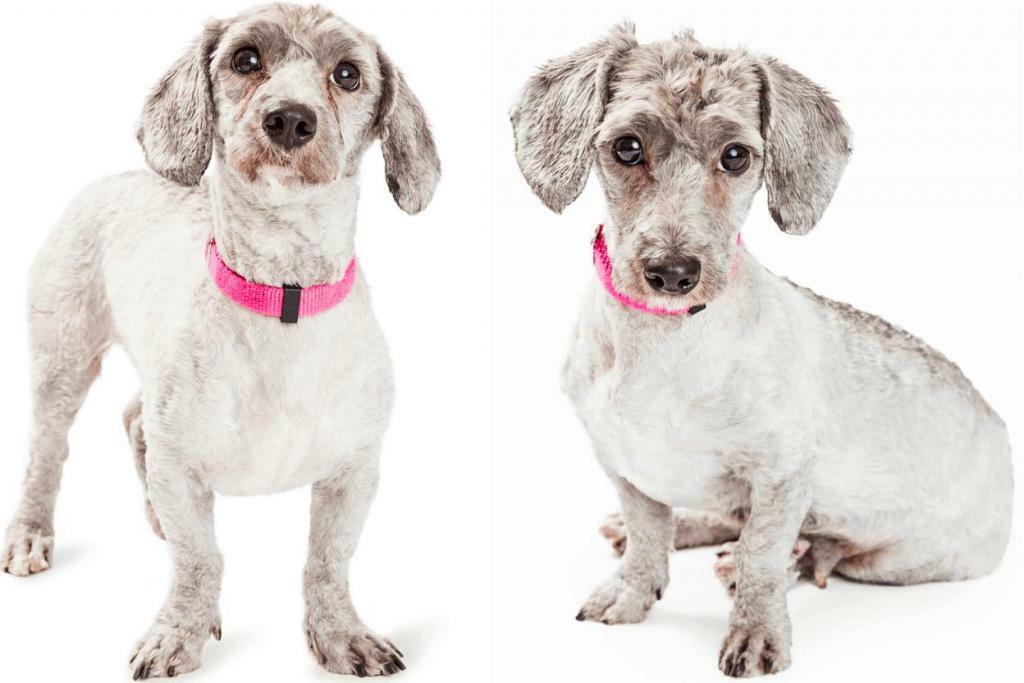 If you’re the kind of child who isn’t afraid to pick out the “mystery” taste of a piece of candy in a bag, a Dachshund Poodle – or Doxiepoo – may be for you. Although this mixed breed can have a myriad of trait combinations, it is known for being affectionate, intelligent and playful. The list of names by which the Doxiepoo is known is as long as that of its Dachshund parent: Doodle, Dachdoodle, Doxiedoodle, Doxiepoodle, Dachshunddoodle and Dachshundpoo. This is one of the most unpredictable pairings among mixed breeds, even within the same litter. This means that they often end up in shelters. However, with such winning traits, they are wonderfully adoptable dogs. And, as one of the most affectionate mixed breeds, they will fall in love with you before they leave the shelter. Because they are so affectionate and loyal, Doxiepoos work best with families who don’t mind spending a lot of time with them. They get along well with children, but do best in single-pet households. Doxiepoos are guard dogs and can be “whiny”, so owners should be prepared. Also, since it is difficult to know how this mix may turn out, owners in need of “hypoallergenic” dogs should be aware of this mixed breed before bringing one home. Doxiepoos are energetic, but adapt well to both flats and houses, provided they are given sufficient exercise time.

Doxiepoos are mixed breed dogs. They are not pure breeds like their Teckel or Poodle parents. Doxiepoos can have a range of coat colours, including white, cream, grey, black and brown. If they resemble their Dachshund parent, their short coat will be low maintenance. If inherited from the poodle, they may need more frequent brushing, but may also be better for allergy sufferers.Doxiepoos can tolerate any climate, but prefer warmer temperatures. A winter coat can help your dog navigate cold or snowy winter weather.Doxiepoos tend to do best in single-pet households, but can get along well with other pets, especially if they are socialised from an early age.Because they are small, Doxiepoos can be hurt or frightened by children playing rough. These dogs adore all people, even children, but prefer gentle play. Never leave children with unsupervised dogs of any breed.

Although the poodle has been very popular in the United States since after World War II, poodle hybrids have become particularly fashionable in the last two decades. The Doxiepoo first became popular in the 2000s. For Doxiepoos, Toy or Miniature Poodles are usually bred, rarely Standard Poodles. Although the Doxiepoo originated as a “designer dog”, they are often available from shelters – opt for adoption!