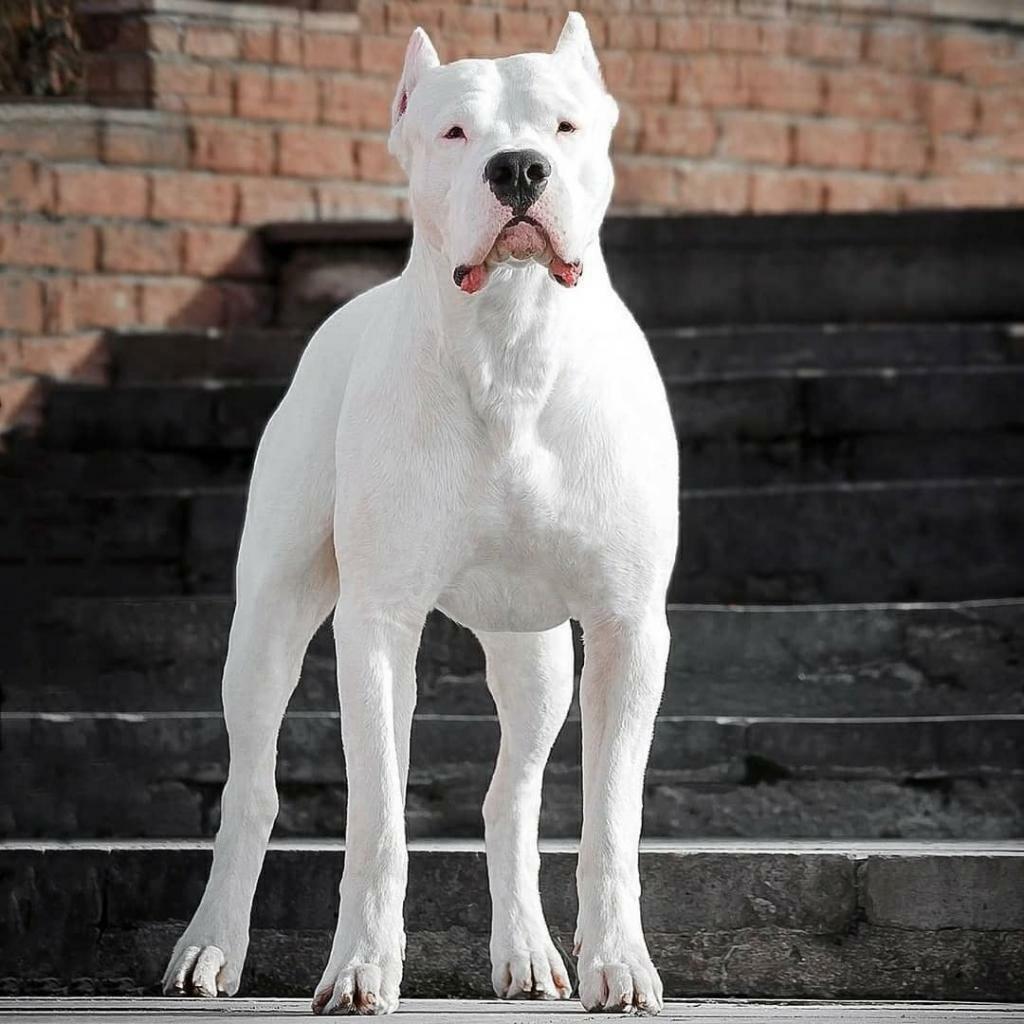 The Dogo Argentino, sometimes called the Mastín Argentino or Dogo Argentino, is a strong, athletic and loyal breed. They can be both fierce hunters and gentle protectors of their humans. Dogo Argentino puppies need plenty of physical activity and mental stimulation along with patient training; otherwise, they can become bored and destructive. Dogo Argentinos are often used to assist in big game hunting, although they are also trained for police work, search and rescue, military work and as service dogs.

Although it was bred from fighting dogs, its aggressive traits were removed so that it could cooperate with other dogs during hunts. It is not natural for them to want to fight, but some people train them to do so anyway because of their strength and courageous nature.Because they are used in dog fighting rings, Dogo Argentinos have been considered dangerous and banned in several countries, including Australia, the Cayman Islands, Denmark, Fiji, Iceland, Singapore and Ukraine. In the UK, it is illegal to own one without legal authorisation.Dogos Argentinos are sometimes used to work with police, military and search and rescue efforts.The breed is loved for its loyalty and courage – qualities that make them excellent watchdogs. About 10 percent of Dogo Argentinos suffer from pigmentation-related deafness in one or both ears, which is an affliction that often affects dogs that have white coats.early socialisation and training are important to keep the Dogo Argentino well behaved. They are physically strong and have a strong character, so they need a firm handler who can keep them in line without resorting to force or physical punishment. This breed is often confused with the American Bulldog, although it is taller and has a white coat. It can also be confused with the American Pit Bull Terrier, although the Dogo Argentino is much larger and is different in many ways.

The Dogo Argentino is a descendant of the now extinct Perro de Pelea de Córdoba, a large and fierce dog bred to, as its name suggests, fight. A man named Antonio Nores Martinez from Argentina wanted a fearless hunting dog that could take on the terrain of his country, as well as being a loyal companion. In the 1920s, Martinez began using selective breeding and aimed to reduce the dog’s desire to fight so that it could cooperate in a pack, and worked to replace the fighting instinct with the need to hunt. Various breeds were mixed to achieve the desired traits seen in the Dogo Argentino breed. Martinez created a trustworthy companion dog with a strong prey drive and muscular build, ideal for hunting in the rugged terrain of Argentina or for being a loyal guardian of the family. Unfortunately, the breed is still used in dog fighting rings due to its strength and fearless nature.