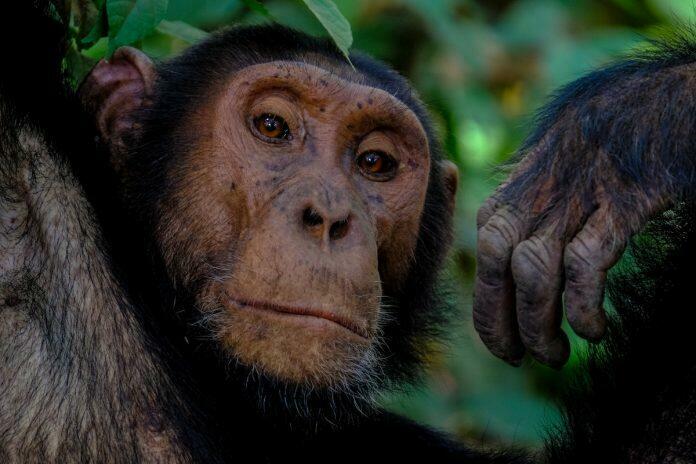 Discovery: Chimpanzees use insects to heal their wounds

A team of German researchers has made a new discovery in the Gabon jungle. They observed several chimpanzees catching insects and rubbing them on their wounds. With the process, they can apparently speed up the healing of their injuries.

Chimpanzees are considered to be particularly intelligent and have many human traits. How far their intelligence really reaches, however, still has to be researched. A team of German scientists has now made an interesting discovery as part of the “Ozouga Chimpanzee Project”. In the Loango National Park in Gabon, Africa, they witnessed the self-medication of the monkeys.

Over a period of 15 months, the project researchers observed numerous chimpanzees in the national park in Africa. The aim of their research is always to protect the animals in their natural habitats, to gain new insights into the apes and to develop a better understanding of the needs of the chimpanzees, the members report on their website .

During their 15-month investigation in the Gabon rainforest, they observed numerous monkeys . Of these, 22 specimens suffered wounds in the course of the research project, and the researchers were able to count a total of 76 injuries. While most chimpanzees simply let their wounds heal in the air, seven individuals resorted to an aid.

The researchers witnessed how five adult males, three females and one juvenile female caught flying insects, killed them between their lips or fingers, then placed the small animals in their wounds and later removed them. The team also observed how the chimpanzees treated each other using this method. Amazing behavior for the animals.

It was previously known that chimpanzees eat certain plants whose ingredients protect them from intestinal parasites, for example. But the use of other living beings for self-healing is so far only known from humans.

What exact effect the insects have on the wounds and whether they possibly contain antimicrobial substances that could prevent the wound from becoming inflamed has not yet been clarified. The researchers now want to examine the behavior in more detail.