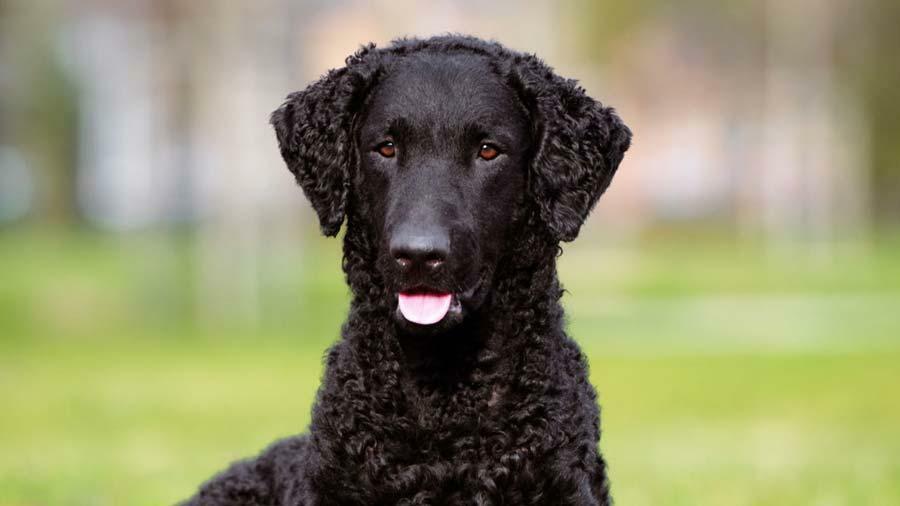 Created to retrieve game on land or in the water, the Curly-Coated Retriever dog breed was very popular with English game wardens, hunters and poachers. Today they compete in dog sports such as field trials, agility, obedience, and flyball and have found use as therapy dogs, drug sniffing dogs, and search and rescue dogs.When they are not working or competing, they will love to lie down next to their favourite person and get a good back scratch.AniMall24 recommends a dog bed to give your medium-sized Curly-Coated Retriever a good night’s sleep. You should also pick up a dog toy to help burn off your pup’s high energy.

Little is known about the origin of the Curly. It is possible that it is descended from English water dogs, now extinct, and from retrieving setters, as well as from other retriever-type dogs, including poodles, which are essentially retrievers. Whatever its composition, its first appearance in the show ring was in England in 1860, and it is believed to have been the first dog used for serious retrieving. It was especially prized by game keepers, who appreciated its hunting ability, courage and perseverance. However, the Curly’s popularity waned as the Labrador became the favourite of hunters. The war years did not help. After World War I, in 1919, only five Curly-Coated Retrievers were registered. The breed began to recover, but again almost became extinct during World War II.Curly-Coated Retrievers were first imported into the United States in 1907, and the first registered with the American Kennel Club was Knysna Conjurer in 1924.The breed saw a resurgence in the United States in the late 1960s, when many Curly-Coated Retrievers were imported from England, Australia and New Zealand. The Curly-Coated Retriever Club of America was founded in 1979.