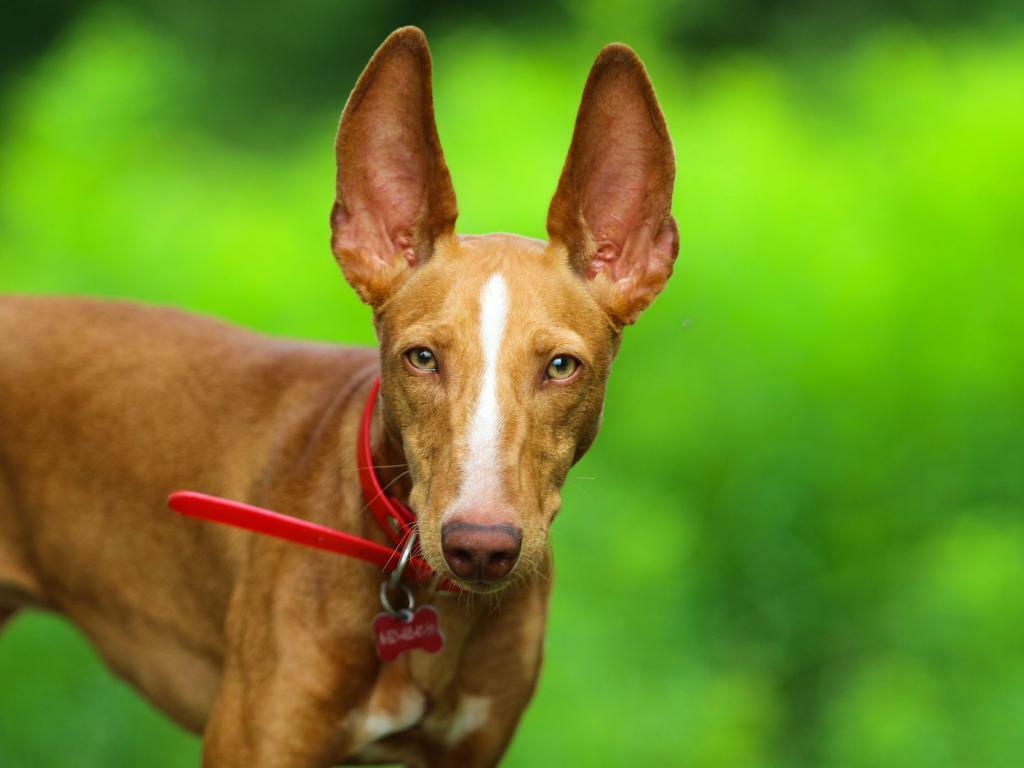 The Cirneco dell’Etna is a purebred dog from the island of Sicily. Gentle, alert and independent, these puppies have some of the best traits of any dog breed today.Cirneco dell’Etnas go by many other names, including Cirneco, Sicilian Hound, Sicilian Greyhound, Sicilian Rabbit Hound, and Sicilian Rabbit Dog. These dogs can make excellent pets and show dogs, and you may find them in local shelters or rescues. Remember it is always best to adopt and not buy. These dogs can make excellent flat dogs for active urban dwellers, although they can adapt to any size home. They also make great companions for children and love to cuddle with their human parents at any time. If you want an energetic, independent puppy that will love you unconditionally, this may be the dog for you.

The main colours of the Cirneco dell’Etna are different shades of chestnut or tan, although some dogs may show a whitish collar or a white spot. Make sure your dog gets at least one good walk of half an hour to an hour’s duration a day, with some good active play sessions and shorter walks mixed in. They are very intelligent and easy to train, especially when the trainer uses positive reinforcement and praise. Cirneco dell’Etnas may prefer to be mainly around adults or older children who know how to play gently.When it comes to other pets, Cirneco dell’Etna can get along well with other animals if introduced slowly and calmly, and early socialisation will help this go well.

The name “Cyrene” comes from a Greek word, “Kyrenaikos”, which means “from Cyrene”. The ancient Greek city of Cyrene was situated near present-day Shahhat in Libya, and the second part of the breed name, “dell’Etna”, comes from Mount Etna on the island of Sicily. Although the Cirneco dell’Etna bears some resemblance to the Ibizan hound, the ancestors of the breed probably came from Sicily via the Phoenician merchant ships that sailed thousands of years ago. The descendants of these dogs have hunted small game such as rabbits and hares on the island for millennia, and the breed is ancient. In fact, coins from Segesta (Sicily), made in 500 B.C., show dogs that resemble the Cirneco of Etna today. There is even an ancient legend that a thousand of these dogs guarded a temple of Adranos, a god of fire. The dogs had the divine ability to find and attack any thieves or unbelievers who came near, while keeping the devout pilgrims to the temple safe and at peace.Before 1932, the breed was almost unknown outside its homeland of Sicily. That year, a veterinarian named Dr. Maurizio Migneco, who arrived on the island, wrote an article for an Italian hunting magazine in which he spoke of the decline of the breed. Baroness Agata Paternó Castello, an Italian aristocrat, was moved by the plight of the breed and worked until her death to revive it. In 1939, the Italian national kennel club recognised the Cirneco dell’Etna, but it would be more than seven decades before the American Kennel Club (AKC) granted full recognition to the breed in 2015.