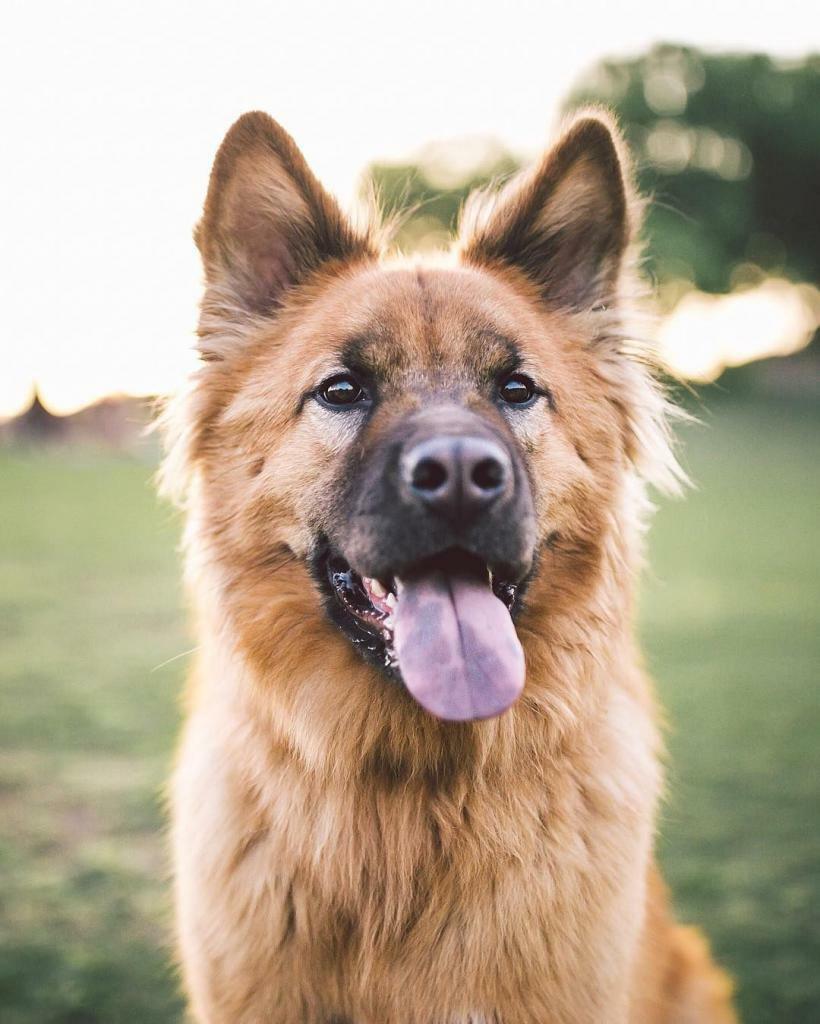 The Chow Shepherd is a mongrel dog, a cross between the Chow Chow and German Shepherd breeds. Medium to large in size, protective and playful, these puppies inherit some of the best traits from both their parents. Despite their unfortunate status as a designer breed, you can find these puppies in shelters and breed-specific rescues, so remember to adopt. Chow Shepherds are not a good choice for novice pet owners, but if you are an experienced dog parent looking for a guard dog and family companion, this puppy may be for you. Large homes with yards are ideal, but not necessary, as long as they get plenty of exercise. Although Chow Shepherds are not excessively barky, they will become alert when strangers approach. These dogs are protective of their loved ones and, with early socialisation, will be gentle with people, children and other dogs. However, do not leave them alone for too long, as they may become bored and destructive.

Chow herders are mixed breed dogs. The main colours of Chow Shepherds are fawn, cream, grey, red, brown and black. Chow Shepherds are likely to have a long, dense coat and are not a good choice for allergy sufferers. Regular daily brushing and additional brushing during the shedding season with a shedding brush may be necessary.Chow Shepherds have high energy levels. One hour a day of rigorous exercise is a good starting point. Hiking and other adventurous activities are highly recommended.The Shepherd Chow is a great addition to a large family with older children who know how to play well with dogs. If a Shepherd Chow has been exposed to other dogs, cats and small animals and has been trained to interact with them, it will also be friendly with other pets. Do not leave them alone for long periods of time, as they can easily suffer from separation anxiety.

The mixed breed Chow Shepherd may have existed naturally over the years, however breeders wanted to mix the two parent breeds to minimise the health problems that affect many pure breeds, as well as to create the ultimate herding and companion dog. To better understand the Chow Shepherd, you may want to know the history of its parents: the Chow Chow and the German Shepherd. It is said that one emperor kept 2,500 pairs of Chow Chows for his hunting expeditions. If you want to know more about this fascinating breed, you can read more about Chow Chows.German Shepherds are a herding dog from Germany. A military captain, Max Von Stephanitz, had a favourite hobby: breeding and developing the best German Shepherd Dog. After retiring from the army, he did so and the result is the German Shepherd Dog we see today. They are now one of the most popular breeds. Although Chinese Shepherds started out as a designer breed, some have ended up in shelters or in the care of rescue groups. Consider adoption if you decide this is the dog for you. Check local shelters, look for chow rescues, or check with breed-specific German Shepherd and chow chow rescues, as they sometimes help rehome mixed breeds.The chow shepherd is recognised by:DRA = Dog Registry of America, Inc.IDCR = International Designer Canine Registry®.