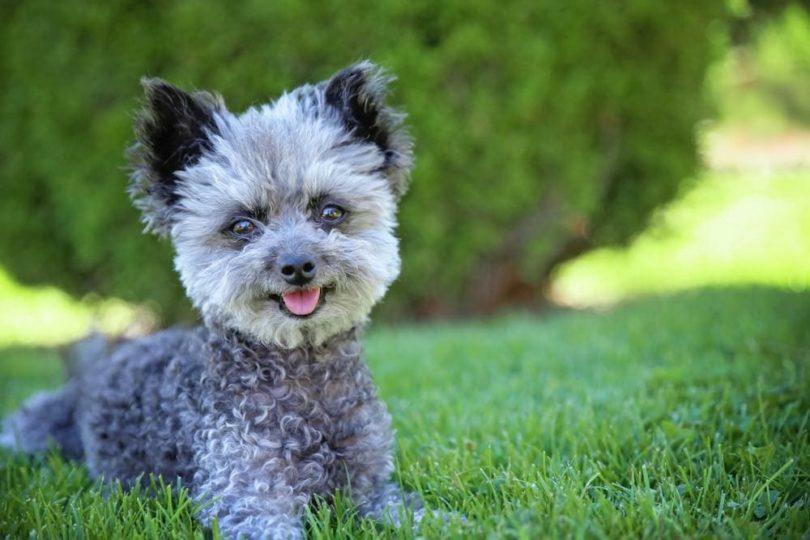 The Chi-Poo is a mixed breed dog, a cross between the Chihuahua and Toy Poodle or Teacup dog breeds. Compact, energetic and very good with children, these puppies have inherited some of the best qualities of both their parents. Despite their unfortunate designer breed status, you can find these mixed breed dogs in shelters and rescues. So remember to adopt. These adorable puppies are very versatile. They make excellent flat dogs for people with active lifestyles and adapt well to large or small homes with or without yards. If you want an energetic dog that doesn’t require a ton of exercise and also acts as a watchdog, alerting you to potential dangers and visitors, the Chi-Poo may be the dog for you.

The Chi-Poo dog breed may have existed naturally over the years, but designer breeders began intentionally mixing Chihuahuas and poodles in the USA in the 1970s, around the same time that cockapoos began to develop. Mixing breeds also tends to minimise health problems. Although the Chi-Poo breed began as a designer breed, some have ended up in shelters or in the care of rescue groups. If you decide this is the breed for you, consider adopting. Check local shelters, look for Chi-Poo rescues or consult breed-specific poodle or Chihuahua rescues, as they sometimes try to rehome mixed dogs.Although Chi-Poos are not recognised by the American Kennel Club, they are recognised by the American Canine Hybrid Club, the Designer Dogs Kennel Club, the International Designer Canine Registry and the Designer Breed Registry.