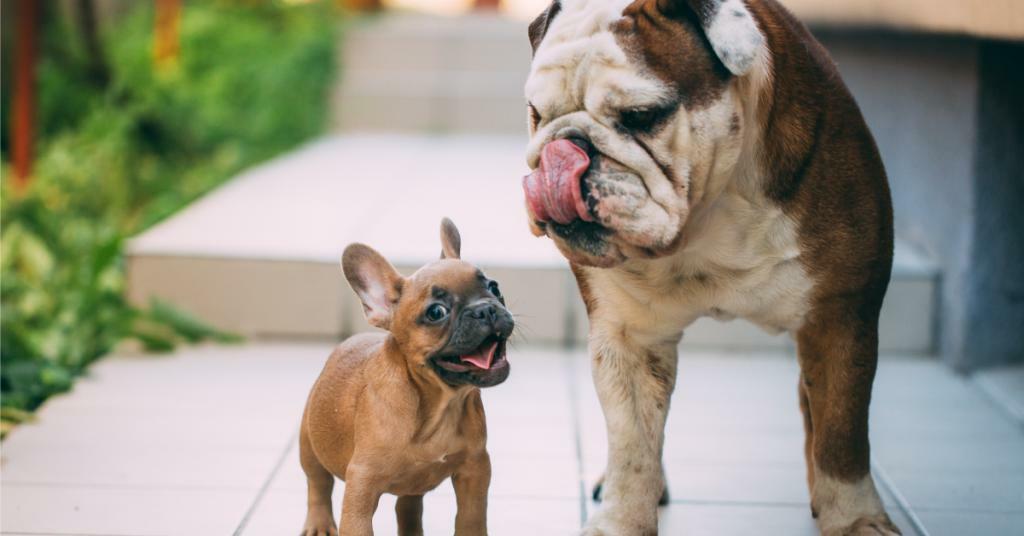 Brachycephalic dogs, a matter of animal welfare. But why do they attract us so much?

Brachycephalic dogs, with flattened snouts, large eyes and round heads, have been more and more popular and popular for some years now. The dogs that belong to these breeds, however, are the result of a too strict selection that has preferred aesthetics to health. But why do we like these dogs so much? And why do we neglect their well-being?

With what words could we try to describe dogs belonging to the brachycephalic breeds? Adorable, nice, funny… loud? Probably all these adjectives fully describe them. But who are these dogs, what are their characteristics and why do they attract us so much?

The main breeds belonging to this category are the Pug, the English Bull Dog, the French Bouldogue, the Boston Terrier, the Pekingese, the Cavalier King Charles, the Shar-pei and the Shi Tzu. There are also others of large size, including the Boxer, the Bull Mastiff and the Neapolitan Mastiff.

As the same word of Greek derivation says, brachy– (short, short) and –cephalus (skull, head), these dogs share some typical morphological characteristics. In these subjects, in fact, the bone growth of the head occurs more in width than in length, with the result of round heads and flattened snouts.

These morphological characteristics are the result of a pushed selection by breeders who have favored the aesthetic aspect over the functional one. Let’s try to understand why.

From an external observation, these dogs are therefore characterized by a round head, large eyes and a flattened muzzle but, unfortunately, internally they have serious problems that put their health and quality of life at risk.

These problems can be summarized as “brachycephalic syndrome” or BOAS (Brachycephalic Airway Obstruction Syndrome, or upper airway obstructive syndrome).

The cause of this syndrome is to be found in their bone structure. This creates a series of anomalies that hinder the passage of air and that determine the characteristic breath of these dog breeds. The anomalies are mainly: narrow nostrils, elongated and thickened soft palate, laryngeal collapse and crushing of the trachea.

The most common symptoms of obstructive syndrome are: noisy breathing, snoring noises, coughing, open mouth breathing, fatigue, heat stroke, syncope, and difficulty feeding. However, the step from breathing noises and fatigue to real dyspnea, or hunger for air, is very short, and can occur as a result of minimal stimuli such as short physical activity, climate changes or weight gain.

Technically, all dogs belonging to these breeds are to be considered “potentially ill”. Considering all the symptoms mentioned as “normal” or even “funny” is a superficial and dangerous attitude. All these dogs should be seen by a veterinarian at a young age in order to be able to make early diagnosis and prognosis.

The clinical problems of the brachycephalic dog are now considered normal and part of the breed standard, but clinically they are nothing more than symptoms of physical problems. The scientific literature tells us that about 70% of dog owners belonging to these breeds do not have the perception of the problem and believe that their pets are in perfect health.

So it all seems a bit paradoxical, just think also that insurance, for example, does not cover the main problems typical of brachycephalics because they are considered “in the norm”.

Why do we choose these breeds?

Some studies tell us how these breeds have experienced unprecedented exponential growth. In the UK, for example, the number of French Bouldogues has increased by 17,000% in 20 years. Similarly, the UK’s largest association, the RSPCA, reports that in the past 6 years there has been an almost 1,600% increase in French Bouldogues that have been abandoned due to clinical problems. But why are we so attracted to these breeds? The success lies mainly in the “neoteny”. That is a phenomenon, in this case of genetic selection, whereby the adult individuals of a species retain morphological characteristics typical of the young. According to the studies of Konrad Lorenz the characteristics that in adult dogs you want to recall from the puppy are: large and rounded head, small face compared to the rest of the skull, convex forehead, short muzzle, large and round eyes, chubby cheeks (which fall within the framework of the so-called “baby face”), short limbs and stocky body, soft skin and clumsy gait. In short, all characteristics that we find in small brachycephalic dogs. The recognition of these “infantile signals” therefore awakens human feelings of tenderness, protection and clumsiness that lead to the choice and purchase of these breeds, also leading to underestimation of the aforementioned clinical problems.

A study by the University of Milan

In order to better understand the relationship between the owners of these breeds and their dogs and the reasons that led them to choose a specific breed, some researchers of the University of Milan have created and disseminated a questionnaire aimed at pet mates of these dogs. Through the questionnaire, data about their behavior and their state of well-being and health are also collected. The data collected by the questionnaire will make it possible to study the Italian situation and subsequently to draw up recommendations based on a real picture of the situation.