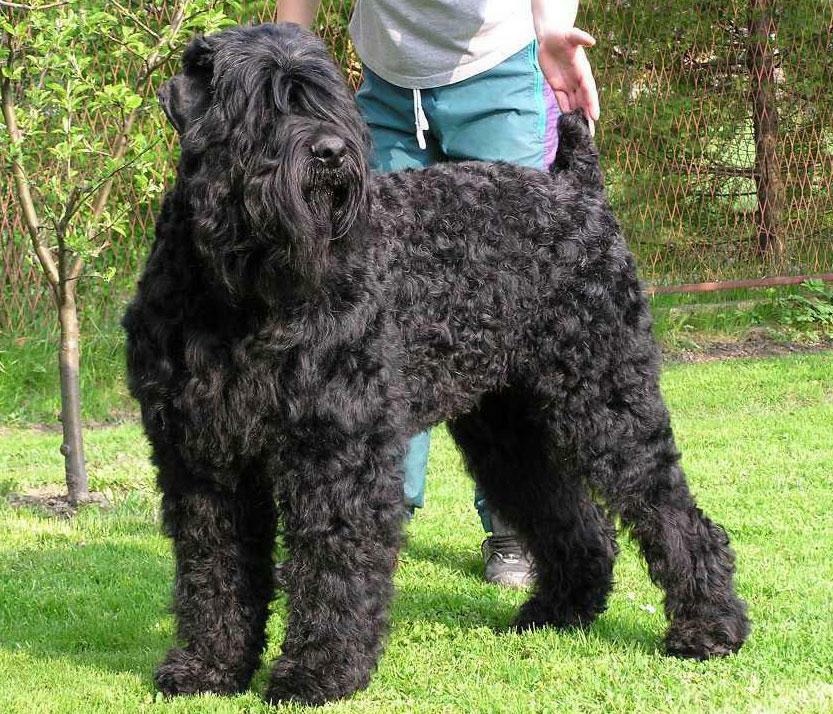 These majestic black beauties are highly intelligent and confident guard dogs that are not true terriers. Relatively new and still a rare dog breed, the Black Russian Terrier is a working dog that can protect a home or business, play with family children and excel in agility and obedience competitions. Known as the “Black Pearls of Russia,” Blackies are people-oriented and want to be close to the action at all times. They tend to be a bit standoffish with strangers, even dogs they don’t know, but they are devoted to their families and don’t shed much. They have large bones and well-developed muscles, which creates a vibrant, fluid impression. Like Henry Ford’s early cars, Blackies come in black, black or black. AniMall24 recommends a good large, spacious cage to give your large Black Russian Terrier a place to rest and relax. You should also choose this dog brush and massager for your long haired pup.

Blacks need a job. They were bred for it and will be unhappy without one. Their job as a companion could be to compete in agility, obedience, Schutzhund or various dog sports. Black Russian Terriers need at least 30 minutes of exercise a day. They are intelligent and powerful, and exercise provides them with a needed outlet. A Black Russian can get by in an apartment with sufficient outdoor exercise. A fenced yard is best for the Blackie living in a house. They bark and shed, but not too much. Blackies enjoy the company of their families and prefer to stay close to their human pack. They don’t do well being left alone in the backyard. The sometimes stubborn Blackie needs firm training as soon as he gets home so that he does not try to establish himself as pack leader. Blackies are by nature aloof with people they don’t know, and unless they are regularly exposed to many different people-ideally from the time they are puppies-they can become overly protective of strangers. This can lead to biting out of fear and aggression. Provide your Blackie with plenty of contact with friends, family, neighbors and even strangers to help him polish his social skills.

A legacy of the Cold War, the Black Russian Terrier was bred by Soviet army scientists in search of the perfect working dog. Wonderfully adapted to the inhospitable Russian winters, the Black Russian was bred to patrol the borders alongside the soldiers. The scientists were not trying to invent a new breed; they just wanted a dog that would suit their military needs. The Red Star kennel, where the breeding took place, was established under the Red Army and had all the resources of the government to support it. Thanks to the Russian Revolution, World War II and other economic difficulties, purebred dog breeding had taken a back seat for much of the 20th century, and the team, which included breeders and geneticists, did not have many purebred dogs of their own to work with. Nevertheless, they did an admirable job. They wanted a dog with stamina that could run long fence lines, chase and catch intruders, and stay warm enough to survive. They started crossing giant Schnauzers, Airedales and Rottweilers, but there are traces of 17 breeds, including Great Danes and some large Russian breeds such as the Ovcharka. Blackies worked at railway crossings, in prisons and in various military locations, including the gulags, and excelled at it. However, when the gulags began to close in the 1950s, they had more dogs than they needed, so the army began to sell the puppies to the public. The fanciers introduced some changes in breeding; for example, Newfoundlands were added to give them stability. In 1958, the Soviet Army created the first breed standard for the Black Russian Terrier. Officially, the Black Russian Terrier was granted breed status by the Soviet Ministry of Agriculture in 1981. It soon became one of the most admired breeds in the world for its many good traits: large size, ability to protect home and family, excellent working ability, courage, elegant appearance, sociability and love of children. Black Russian Terriers arrived in the United States between 1989 and 1990. One of the first American kennels to produce Black Russians was in Mississippi, where a Russian immigrant couple founded a kennel. (Blackies do well there even without any hope of snow to play in. ) The AKC admitted the Black Russian Terrier to the Miscellaneous Class in 2001. The breed became part of the AKC Working Group on July 1, 2004. Over time, breeders have worked to eliminate the health problems and physical defects with which the breed began, and today the Blackie is a healthy, hearty breed, still making itself known to legions of dog lovers. 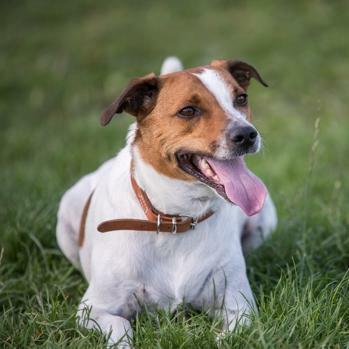