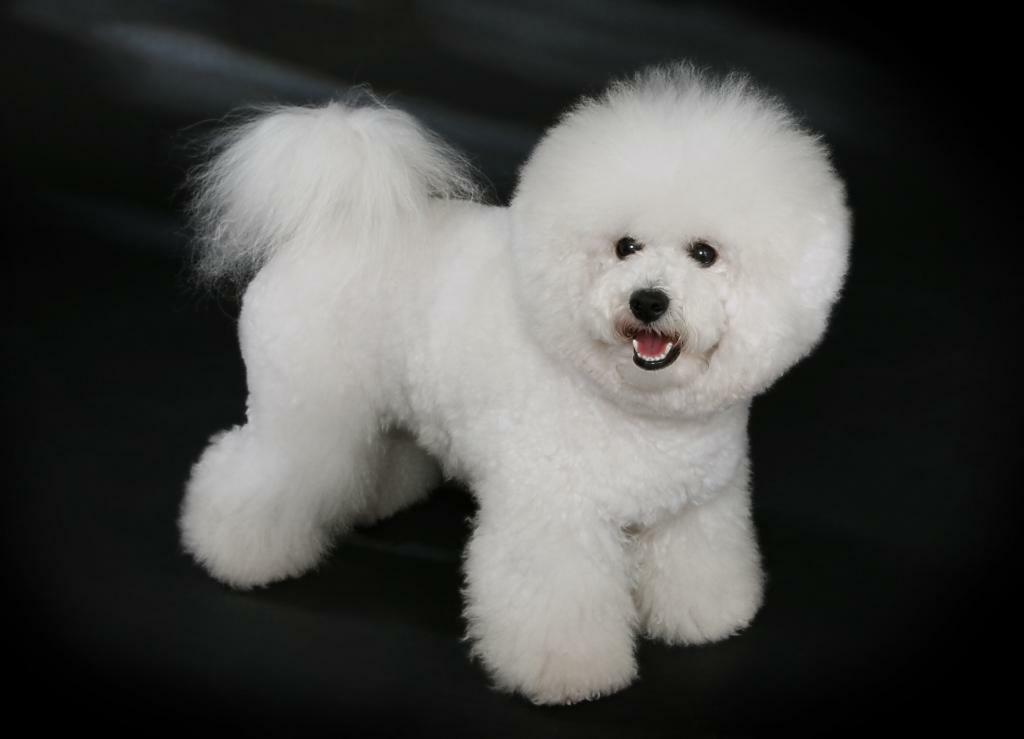 The Bichon Frise (pronounced BEE-shawn FREE-say; the plural is Bichons Frises) is a small, happy breed of dog that loves mischief and has a lot of love to give. With its black eyes and fluffy white coat, the Bichon looks almost like a child’s toy. Although these are purebred dogs, you may find them in the care of shelters or rescue groups. Remember to adopt. Don’t go shopping if you want to take a dog home. It won’t take you long to realize that the Bichon can be your happiest and most enthusiastic companion. They are super playful and intelligent, and even novice pet parents and apartment dwellers will get along great with these dogs. However, they need lots of playtime and activity, and they don’t like to be left home alone for many hours a day. If you can give your dog lots of attention and love, you will get ten times as much from an adoring Bichon.

Bichons can be difficult to housebreak. Crate training is recommended. Bichons do not like to be left alone for long periods of time. Bichon Frise puppies are small and should only be handled by children under careful adult supervision. Bichons are intelligent and clever. To help your Bichon be the best possible companion, obedience training is recommended. Grooming is a must. Be prepared to pay for professional grooming. Highly motivated owners can learn the technique, but it is not easy and is time consuming. Bichons can be prone to skin problems and allergies. Because they are cute and small, you may be tempted to overprotect your Bichon Frise. This is a mistake and can cause your dog to become spoiled, shy and fearful. Be aware of dangerous situations, but teach your Bichon to be confident in his ability to cope with people, other animals and situations. To get a healthy Bichon, never buy a puppy from an irresponsible breeder, puppy mill or pet store. Look for a reputable breeder who tests their breeding dogs to make sure they are free of genetic diseases that can be passed on to the puppies, and that they have a sound temperament.

As with many dog ​​breeds, the exact origin of the Bichon Frize is uncertain. Common belief holds that the Bichon is descended from Barbet, a medium-sized woolly water dog, and that the word Bichon is derived from Barbichon, which is short for the word Barbet. The Barbichon family of dogs includes the Bichon Frize, the Bolgnese, the Coton de Tulear, the Havanese, and the Maltese. All are originally from the Mediterranean and have a similar appearance and disposition. The first records of the Bichon Frize breed date back to the 14th century, when French sailors brought the dogs home from Tenerife, one of the Canary Islands. The Bichon Frize dogs are believed to have been brought there by traders using the Phoenician trade route, and that the Bichon Frize was originally developed in Italy. Other historians believe that Spanish sailors brought the breed to Tenerife and, in the 14th century, Italian (rather than French) sailors brought them back to the mainland. According to this version of history, when the French invaded Italy in the 16th century, they brought many Bichon Frize dogs to France as spoils of war. Regardless of how the Bichon Frize came to Europe, the breed quickly became a favorite of the nobility. Bichons were popular in royal courts during the reigns of King Francis I of France and King Henry III of England in the 16th century. King Henry III was so fond of his bichons that he carried them everywhere in a special basket that hung around his neck. Bichons became the favorites of Spanish royal families and even painters like Goya, who included a bichon in several of his paintings. Interest in the Bichon Frize remained strong during the rule of Napoleon III, but then the little dog lost favor with royalty until the late 1800s. At the time, he was considered a common dog, sometimes owned by organ grinders or circus performers, and sometimes trained to help guide the blind. Had it not been for the intelligence and attractiveness of the Bichon, the breed would likely have become extinct during this period. However, after World War I, French breeders became interested in the Bichon and worked to preserve the breed. The official breed standard was adopted by the Société Centrale Canine de France on March 5, 1933, at which time the puppy had two names: Tenerife and Bichon. Later that year, when the Bichon Frize was recognized by the Fédération Cynologique Internationale (an international canine club), the president of the FCI, Madame Nizet de Leemans, changed the breed’s name to Bichon à poil frisé (“Bichon with the curly coat “), and the nickname was anglicized to Bichon Frize. On October 18, 1934, the first Bichon Frize was admitted to the French Kennel Club studbook. Bichons Frises were first brought to the United States in 1956. The breed became eligible for entry into the AKC Miscellaneous Class in September 1971 and was admitted for registration in the American Kennel Club Stud Book in October 1972 In April 1973, the breed became eligible to display in the Non-Sporting Group at the AKC dog shows. In 1975, the AKC recognized the Bichon Frize Club of America.

The dialects of the surprising rat-mole