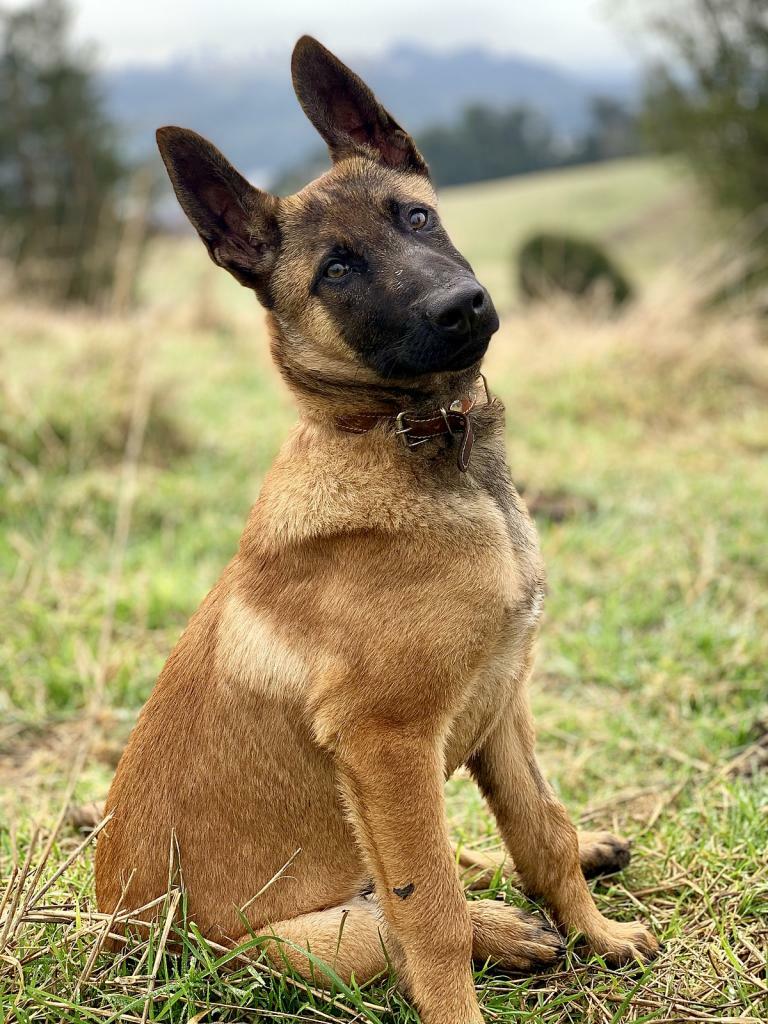 Belgian Malinois dogs were originally bred to be herding dogs. Today, they also work as police and military dogs, protection dogs, and loving family members. Although these are purebred dogs, you can find them at breed-specific rescues and shelters. You can also try AniMall24’s adoption page, which allows you to search for adoptable dogs by breed and zip code. In the hands of an experienced dog person, these canines are intense, intelligent, and athletic companions. However, due to their high energy and exercise needs, they may not adapt well to apartments or small spaces. This breed will likely not suit a first-time dog owner. But with firm, consistent training and plenty of physical and mental activity, these puppies will be loving and loyal for life.

Belgian Malinois have a lot of energy and need a lot of exercise. Make sure you have space and time to provide it. Malinois are very intelligent and alert. They also have a strong herding and protective instinct. Although they are good-sized dogs, they are very people-oriented and want to participate in family activities. Malinois shed constantly. They shed a lot twice a year. Belgian Malinois are intense, play-oriented and sensitive dogs. Training should be fun, consistent and positive. Because of their intelligence, high energy and other characteristics, Malinois are not recommended for inexperienced dog owners. To get a healthy dog, never buy a puppy from an irresponsible breeder, puppy mill or pet store.

The Belgian Malinois is one of four varieties of Belgian Shepherd Dogs that developed in Belgium in the late 19th century. The four varieties are the Malinois (fawn-mackerel, short coat with black mask), the Tervuren (fawn-mackerel, long coat with black mask), the Laekenois (fawn, rough coat) and the Groenendael (black, long coat). The American Kennel Club (AKC) recognizes all breeds except the Laekenois as separate breeds in the United States, while the United Kennel Club recognizes all four types as one. The Club du Chien de Berger Belge (Belgian Shepherd Dog Club) was formed in September 1891 to determine which of the many different types of dogs was representative only of the shepherd dogs developed in Belgium. In November of that same year, breeders and fanciers met on the outskirts of Brussels to examine the sheepdogs of that area. After much deliberation, veterinary professor Adolphe Reul and a panel of judges concluded that the native sheepdogs of that province were square, medium-sized dogs with well-placed triangular ears and very dark brown eyes, differing only in texture, color and length of coat. Subsequent examinations of dogs from other Belgian provinces yielded similar results. In 1892, Professor Reul drafted the first Belgian Shepherd Dog standard, which recognized three varieties: long-haired dogs, short-haired dogs and rough-haired dogs. The Club du Chien du Berger Belge applied to the Societe Royale Saint-Hubert (the Belgian equivalent of the AKC) for breed status, but was denied. However, in 1901, the Belgian Shepherd was finally recognized as a breed. The origin of today’s Malinois can be traced to a breeding pair owned by a Laeken shepherd named Adrien Janssens. In 1885, he purchased a pale, fawn, wire-haired dog named Vos I, or Vos de Laeken, from a livestock dealer in northern Belgium. Janssens used Vos I (which means fox in Flemish) to herd his flock and also crossed him with a short-haired, brown brindle bitch named Lise (also known as Lise de Laeken or Liske de Laeken). After that mating, Vos I crossed with his daughters, establishing a very homogeneous line of dogs with gray hairs and short hairs, and fawn hairs and short hairs. Today, Vos I and Lise de Laeken are recognized as ancestors not only of modern Belgian Shepherds, but also of Bouvier des Flandres and Dutch Shepherds. Breeders decided to give their own names to each of the different varieties of Belgian Shepherd. In 1898, the city of Malines created a club for the promotion of the Belgian Shorthaired Shepherd. Louis Huyghebaert, one of the first breeders under the kennel name “ter Heide”, as well as judge, author and “godfather of the Malinois” (and the Bouvier), along with the Malines club, had done much to help popularize these short-haired dogs, so that the name “Malinois” came to be associated with the tawny short-haired dogs. In 1897, a year before the formation of the Malines club, Huyghebaert suggested that since there were not many sheep left in Belgium, sheepdogs should have field trials that would show their intelligence, obedience and loyalty. Based on this recommendation, dressage tests were developed for sheepdogs that tested a dog’s ability to jump and perform other exercises. The first dressage test, held on July 12, 1903 in Malines, was won by M. van Opdebeek and his Malinois, Cora van’t Optewel. Belgian Shepherds were also used as guard and draught dogs. They were the first dogs used by the Belgian police. Before World War II, international police dog trials became very popular in Europe, and Belgian dogs won several awards in the trials. When World War I broke out, many Belgian Shepherds were used by the military for various tasks, such as messenger dogs, Red Cross dogs, ambulance carriage dogs and, according to some, light machine gun carriage dogs. During the 1920s and 1930s, several prominent Malinois kennels were established in Belgium. During the first decades of the 20th century, the Malinois and Groenendael were the most popular varieties of Belgian Shepherd Dogs exported to other countries. At that time, many were exported to the Netherlands, France, Switzerland, Canada, the United States, Argentina and Brazil. In 1911, two Groenendaels and two Malinois were registered by the AKC as “German Shepherd Dogs”. In 1913, the AKC changed the name to “Belgian Shepherd Dogs”. “The first dogs were imported by Josse Hanssens of Norwalk, Connecticut. He sold the two Malinois to L. I.