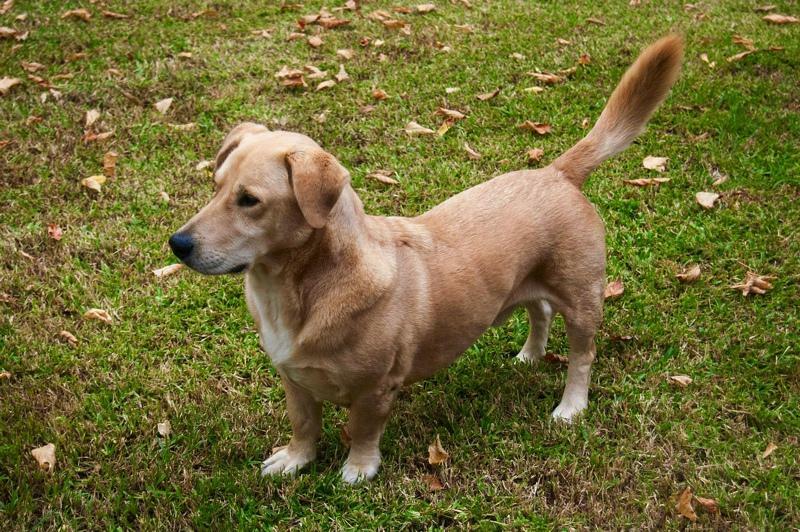 The Bassador is a mongrel dog, a cross between the Basset Hound and Labrador Retriever breeds. Loyal, sometimes stubborn and always sniffing, these puppies inherit some of the best traits of their two parents. Ambassadors go by various names, such as Basset Lab, Basador, and sometimes even Bassetdor. Despite their status as a designer breed, you can find these mixed-breed dogs in shelters and rescues, so remember to adopt. Ambassadors come from two very different parents, so their perfect living situation will depend on the individual dog. In general, ambassadors love attention, especially from their favorite person, and will need to live in a place with plenty of room to roam. If you want a dog with a very unique look that is loyal to the end, the Bassador could be the dog for you.

The Bassador is a mixed breed dog. They are not purebreds like their Basset Hound or Labrador Retriever parents. Bassadors can come in a variety of colors and patterns. If they have a yellow Labrador parent, their coat may contain more yellow. If they have a black Labrador parent, their coat may be more black. They may also have colors from their Basset Hound parent, such as white, brown, and black. Many Bassadors have a thick coat that protects them in cold or warm climates, although they tend to shed a lot. The temperament of the Ambassador can vary greatly depending on whether they are more like their Lab or Basset Hound parent. In general, they are sociable and affectionate. Bassadors tend to have a high prey drive. They may chase smaller pets, although with proper training, socialization, and slow introductions, they can get along well with other animals.

The Bassador mixed breed may have existed naturally over the years, but designer breeders began intentionally mixing Basset Hounds and Labrador Retrievers in the late 1990s or 2000s, probably in North America. Once breeders saw the demand for this unusual – but adorable – looking dog, they began to deliberately create more Bassadors. Since the Basset Hound and Labrador Retriever are such different dogs, breeders probably didn’t create Bassadors for a particular aesthetic; even puppies from the same litter of Bassadors can look completely opposite! Although the Bassador breed began as a designer breed, some have ended up in shelters or in the care of rescue groups. Consider adoption if you decide this is the breed for you. Check local shelters, look for Bassador rescues, or check with breed-specific Basset Hound or Labrador Retriever rescues, as they sometimes take in mixed breed dogs and find them homes.