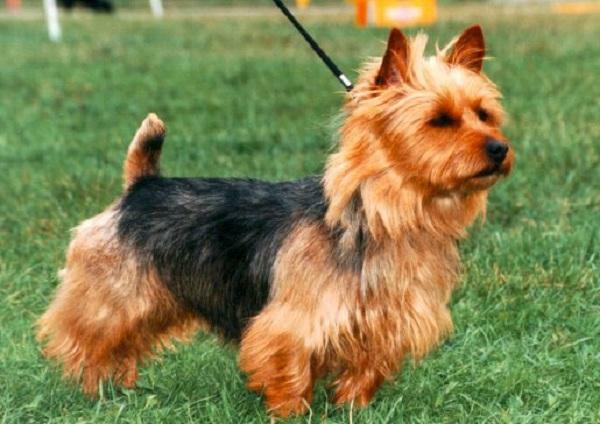 The Australian Terrier was developed in Australia, as its name suggests. Bred to hunt rodents and snakes, Australian Terriers were also prized as watchdogs and companion dogs. Today, the breed maintains those same traits: they are charming companions, fierce earth dog competitors, and conformation and obedience show dogs. Although these are purebred dogs, some may end up in the care of shelters or rescues. Opt for adoption if this is the breed for you. Australian Terriers have a lot of energy and need plenty of exercise. However, their compact size and low-maintenance, low-shedding coat make them a good choice for active apartment dwellers. If you’re looking for a watchdog, this breed’s loyalty and tendency to alert their humans when something is out of the ordinary may be just what you’re looking for. Meet the breed’s needs and you’ll have a loving little best friend for life. AniMall24 recommends a good carrier for traveling with your little Australian Terrier. You should also choose this puzzle toy to keep your pup active indoors.

The Aussie is quite the terrier, and not everyone finds his favorite hobbies endearing: he loves to bark, dig and chase. Bossy is the Aussie’s middle name. He wants to be the dominant dog in a multi-dog household (males can be irritable with other male dogs). In fact, he will also happily take on the role of pack leader among people, so be sure to establish yourself as the boss before he does. Early training and socialization are imperative to keep this dog happy and loved by family and friends, both human and animal. The Aussie’s personality is active and lively. If you prefer a dog with a more subdued character, look for other breeds first. For a healthy pet, never buy a puppy from a backyard breeder, puppy mill or pet store. Look for a reputable breeder who genetically tests their breeding dogs for health and temperament.

The Australian Terrier is believed to be descended from a dog known as the Rough-Coated Terrier, a relative of the ancient Scottish dog of Great Britain. Breed researchers agree that this Terrier crossed with other British Terriers that were brought to Australia, including the forerunner of the Dandie Dinmont Terrier, the Skye, the Yorkshire and the Black and Tan Terrier. The result was the tough and courageous Aussie. As early European settlers in Australia faced harsh conditions, they needed a tough, fearless dog that could work in all types of weather conditions. Aussies were bred to control and exterminate rats and snakes on the docks, in gold mines and on sheep stations in the outback. They were also used as guard dogs, shepherds and companions for the people who lived in these stressful posts. The Australian Terrier is the first native breed to be recognized and exhibited in Australia. It was first exhibited as the Australian Rough-Coated Terrier in 1868 in Melbourne, and was officially called the Australian Terrier in 1897. The Aussie was brought to England by members of the foreign service and British aristocracy. The breed was recognized by the Kennel Club of England in 1933. Beginning in the late 1940s, military and other travelers brought the Aussie to the United States, where it eventually debuted at the Westminister Kennel Club show in 1957. Nell Fox of Pleasant Pastures Kennels, author of Australian Terrier (THF Publications, 1997), helped get the breed recognized in this country. Fox, a native New Zealander, had been familiar with the Aussie in her youth and imported some of the first Australian Terriers to arrive in the U.S. In 1960, the Australian Terrier became the 114th breed recognized by the American Kennel Club, the first new terrier breed in 21 years. The Australian Terrier Club of America was formed in 1957 and became a member club of the AKC in 1977.