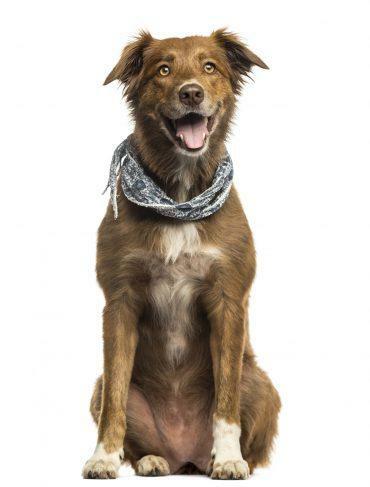 The Australian Shepherd Lab Mix is a mixed breed dog – a cross between the Australian Shepherd and Labrador Retriever dog breeds. Medium-sized, energetic and loyal, these puppies inherit some striking traits from both of their parents. Australian Shepherd-Labrador mixes are also called Aussiedors, Australian Shepradors, Aussie Shepradors, Aussie Labs, and Shepradors. Despite their unfortunate designer breed status, you can find these mixed breed dogs in breed-specific shelters and rescues, so adopt away. These athletic, alert puppies are best suited for level 2 dog parents, so some dog breeding experience is needed. These puppies do not do well with house bodies. They like active people and would like their humans to put their mixed breed intelligence to work. Give them a job to do and watch them excel.

Australian Shepherd-Labrador mixes are mixed breed dogs. They are not pure breeds like their parents Australian Shepherd or Labrador Retriever. The main colors of Australian Shepherd-Labrador mixes are brown, cream, black, tan and brindle. They are often a mixture of any of these colors. Generally, these dogs are not recommended for people with allergies. They tend to shed quite a bit. Mixed Australian Shepherds can be very tolerant of children, but like all dogs, they must be supervised when around youngsters. They may try to herd young children thinking they are part of their flock. Australian Labrador Shepherds get along well with other dogs, but it is important to socialize puppies. This gets them used to other dogs as well as people, although they are also affectionate with strangers. These puppies like to be active during the day. If they get bored, they can become destructive. They enjoy activities such as Frisbee, swimming, hiking, and walking. If you need a running buddy, the Aussie Shepherd Lab could be your new trainer.