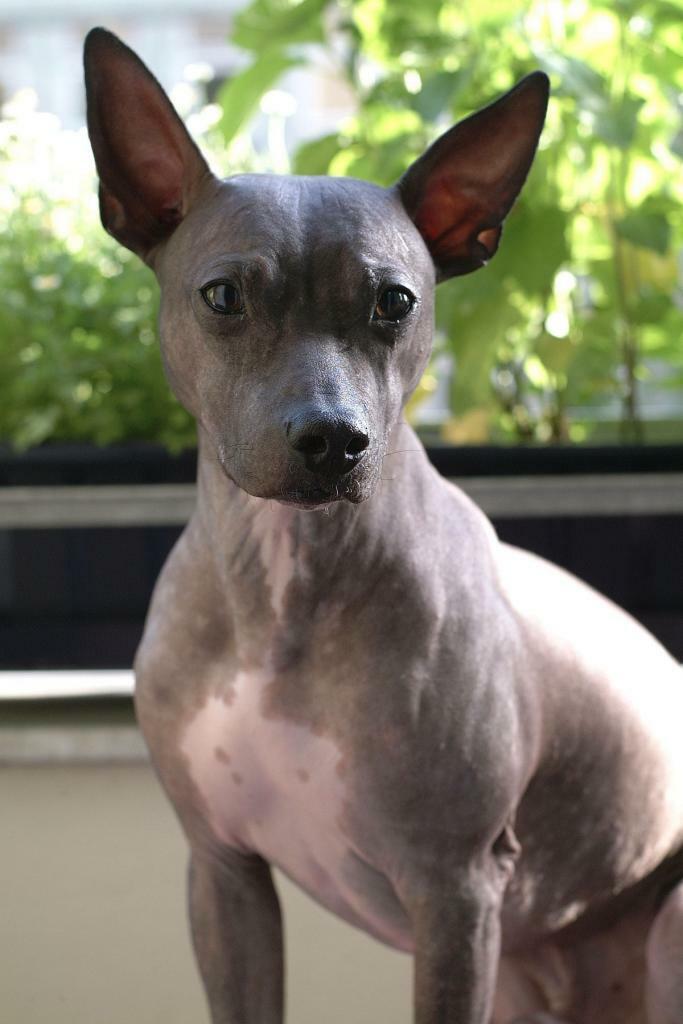 The American Hairless Terrier is the only hairless dog breed native to the United States, and its creation was something of a happy accident. Today, the breed is known as an active companion dog and an especially good choice for allergy sufferers. Some fans of the new breed abbreviate the name as AHT, while others refer to them as Hairless Rat Terriers. Although these are purebred dogs, you can find them in shelters and rescues. Remember to adopt. Don’t buy if this is the breed for you. Like all terriers, the American Hairless Terrier is a curious, courageous, and intelligent breed of dog. They can thrive in large family homes with children or with active urban dwellers in apartments or condos. If you are looking for a small dog that enjoys cuddling, being mischievous and alerting you to potential dangers, the American Hairless Terrier may be the dog for you. You should also buy a interactive puzzle toy to keep your pup active indoors.

American Hairless Terriers may be black, sable, blue, brindle, red or brown. Sometimes their skin or coat, very short and fine, is of one colour, sometimes a combination of two or three colours. They are excellent dogs for allergy sufferers, thanks to their minimal shedding. However, they do shed some dander, so they are not 100% hypoallergenic; no dog is. Make sure your AHT gets at least one good half-hour walk a day, along with plenty of active play sessions throughout the day. American Hairless Terriers make great playmates for active children. However, they are on the small side, and over-eager children could easily hurt your AHT. Always supervise playtime. American Hairless Terriers tend to get along well with other dogs, but when it comes to cats, they still have the prey drive of their Rat Terrier parents, so they may be prone to chase them. These dogs do not do well when left alone for long periods of time. They need attention and validation, which makes them great dogs for large families or active urban dwellers. AHTs are incredibly intelligent and inquisitive, and love to please their humans. They may try to test you at first, but if you follow regular training, your AHT will learn the pecking order.