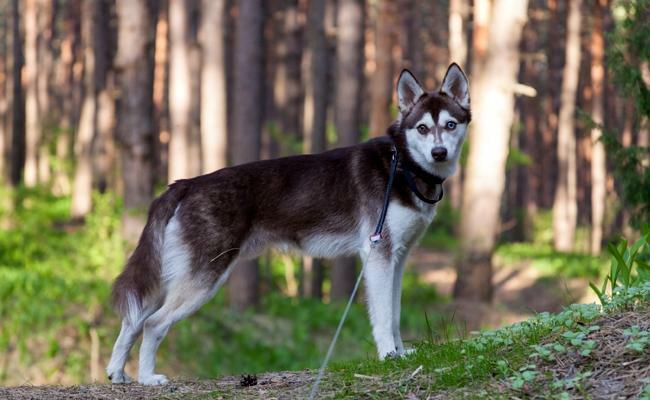 Small, intelligent and energetic, the Alaskan Klee Kai is a relatively new breed that looks like a smaller version of the Siberian Husky. Even the name “Klee Kai” comes from an Inuit term meaning “small dog. ” Although Alaskan Klee Kais may resemble larger Husky breeds, they have some key differences, especially in temperament, that distinguish it from its northern working-class dog ancestors. This breed is more suited to companion life, although the Alaskan Klee Kai shares the Husky’s high energy and demands plenty of exercise. They also tend to be shy with strangers and are prone to express their emotions with whining and barking. An inexperienced parent will find it difficult to take on the challenge of caring for an Alaskan Klee Kai. But for an adopter who keeps up with training and physical activity, this breed is sweet, loyal and happy to shower their loved ones with affection.

The words “Klee Kai” come from an Inuit term meaning “small dog,” which is appropriate for this breed that is a smaller version of its Husky ancestors. The breed hails from Alaska, where it was developed in the 1970s and 1980s to be a companion dog, rather than a working sled dog. Although not recognized by the American Kennel Club, Alaskan Klee Kais are a recognized breed in the United Kennel Club and the American Rare Breed Association, among others. There are solid white Alaskan Klee Kais, but the breed standards do not include this coat color. Although they can shed a lot, Alaskan Klee Kais do not require much grooming and, for the most part, take care of themselves. Because they are skittish around strangers, these dogs require early socialization training that should last the rest of their lives if they are to be friendly with unfamiliar faces. The Alaskan Klee Kai’s high prey drive may make them unsuitable for homes with other small pets such as cats, rabbits, hamsters, etc. Although they adore their human families, young children who have not been taught to interact with dogs may inadvertently injure Alaskan Klee Kais during play or provoke them into nipping or snapping at them.

The Alaskan Klee Kai hails from Wasilla, Alaska, where it was developed by a woman named Linda S. Spurlin and her family. She wanted to create a smaller type of Husky that could serve as a companion dog after seeing a small version of a Siberian Husky in Oklahoma, so when she returned to Alaska, she set to work to create the dog we recognize today as the Alaskan Klee Kai. Unlike some breeders who wish to create smaller breeds, Spurlin did not breed dogs that suffered from dwarfism. Instead, he bred Siberian and Alaskan Huskies with breeds like the Schipperke and Alaskan Eskimo Dog to reduce the size of the puppies. About ten years after introducing the Alaskan Klee Kai to the public, Spurlin retired from breeding, although other breeders continue to produce these dogs. Still, they are few in number and the breed remains rare. As a more recent breed, the Alaskan Klee Kai has not been recognized by some kennel clubs, including the American Kennel Club, as a purebred dog, although the breed has been recognized by the American Rare Breed Association since 1995 and by the United Kennel Club since 1997.