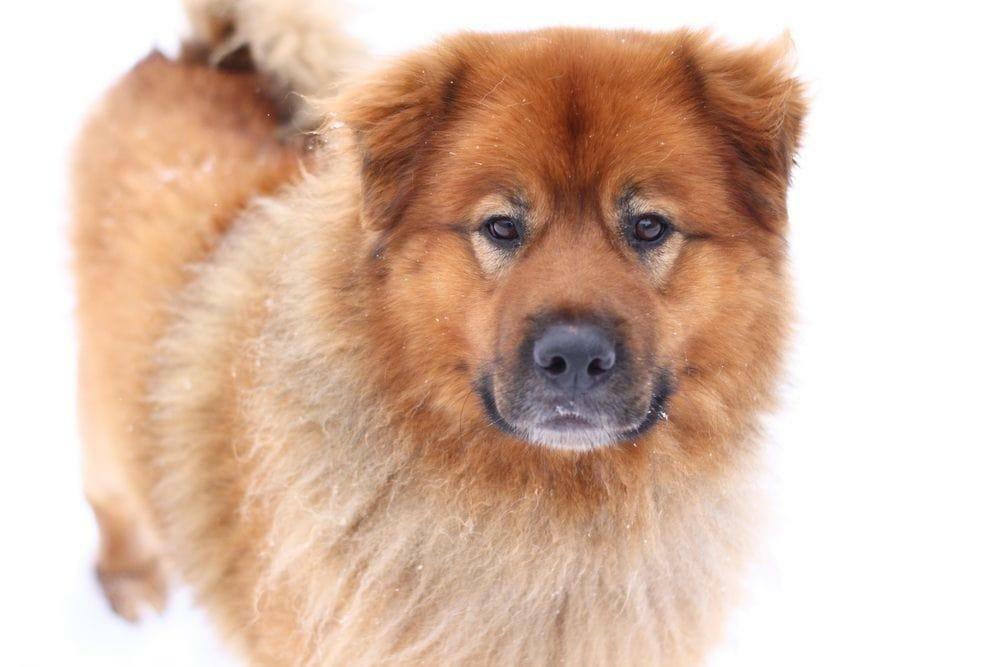 The Akita Chow is a mixed breed dog, a cross between the Akita and Chow Chow dog breeds. Large, independent and loyal, these puppies inherit some of the best traits of their two parents. The Akita Chow can also be called Chakita. Despite their unfortunate status as a designer breed, you can find these mixed breed puppies in breed-specific shelters and rescues, so remember to adopt. Akita Chow are calm and, while not overly affectionate, are incredibly protective and loyal. Experienced dog parents are recommended. You will have to work hard at training, as they are known to be willful and can even be stubborn. The Akita Chow would be a great addition to an active family with older children or in a one-person household, as long as he gets plenty of exercise and is not left alone for long periods of time. He would not be suitable for an apartment, but would love a home with a yard so he has plenty of room to stretch his legs. You will also have to invest quite a bit of time in training him. The Akita Chow would make a great companion for walking, running or hiking. It is a very intelligent dog. AniMall24 recommends a good large, roomy crate so your Akita Chow has a place to rest and relax. You should also pick up a de-shedder dog for your high shedding puppy!

The Akita Chow is a mixed breed dog. They are not pure breeds like their Akita or Chow Chow parents. The main colors of the Akita Chow are silver, fawn, red, brown, black and white. Sometimes their coat is solid, and sometimes they have a mixture of two colors. Although this dog is not the best choice for allergy sufferers, their coat is easy to care for and only requires brushing three to four times a week. The Akita Chow’s energy levels can vary, but this dog will need a rigorous exercise program. Sixty minutes of walking a day is a good starting point. When raised with children, Akita Chow can get along well with them, but they are not known to be playful dogs and may not tolerate rough play from a young child. Most likely, the Akita Chow prefers to be an only pet in order to command the attention of its human parents. Akita Chow are often described as intelligent and independent dogs, which means you will need to take care of their training. When they are well trained and socialized, you couldn’t ask for a better, more obedient dog. These dogs do not do well when left alone for long periods of time. They can become anxious and engage in destructive or unwanted behavior.

It is not known exactly where the Akita Chow originated, and at this time, no one is taking credit. It is quite possible that someone started mixing Akitas with Chows in the 1990s in North America, when, many groups of people were creating new designer breed dogs. It is also possible that this mixed breed has existed naturally over the years. However, the parent breeds of this mix have longer, documented histories. For example, the Akita dog is a working dog breed originating in the mountains of northern Japan. They formerly worked as fighting and hunting dogs, although their current roles include police and guard work. The other parent of the mix, the Chow Chow, is one of the oldest living breeds, having originated in Mongolia and northern China approximately 2,000 years ago and, depending on who you ask, the breed could even be 3,000 years old and originate from Arctic Asia. The Akita Chow is currently recognized by the Dog Registry of America (DRA).